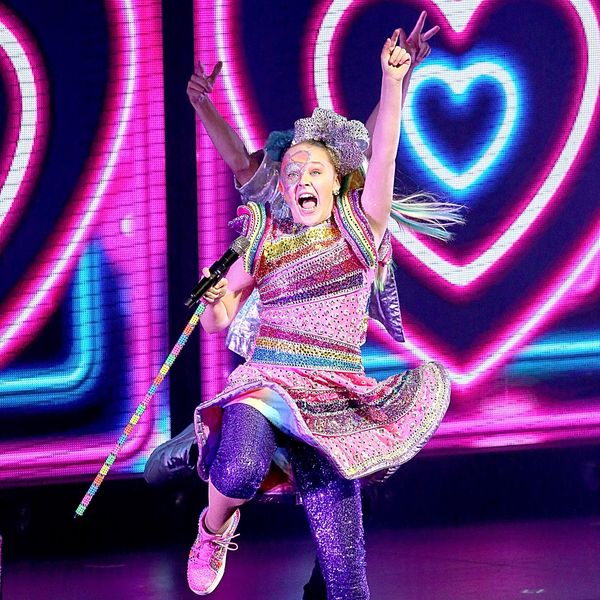 Fans have JoJo Siwa's girlfriend to thank for the singer's recent coming out.

Speaking on The Tonight Show Starring Jimmy Fallon last night, February 3, Siwa explained the story of how she posted the now-viral photo of her "Best. Gay. Cousin. Ever." shirt.

"One day I was on FaceTime with my girlfriend and I was like, 'I kind of just want to post this picture on my [Instagram] Story,'" Siwa said. "She was super encouraging, she was like, 'do it' and I was like, 'alright' and I did it... [then I went] back to FaceTiming with her."

Siwa figured that people would find out anyway because she was filming with the LGBTQ+ TikTokers of Pride House and also said that she'd been teasing her sexuality on social media, particularly when she danced to "Born This Way" by Lady Gaga.

The reactions from fans have been overwhelmingly positive and though Siwa knew that coming out would be a "really big risk," it's the only way that she'd have it: living her truth, wholeheartedly.

Now, Siwa is moving on without any weight on her shoulders. "I'm just so happy because now I get to share what makes me the happiest with the world and it makes my heart so happy," she said. To anyone contemplating coming out, which she said could be "a very scary thing," Siwa gave some words of encouragement to help push them forward.