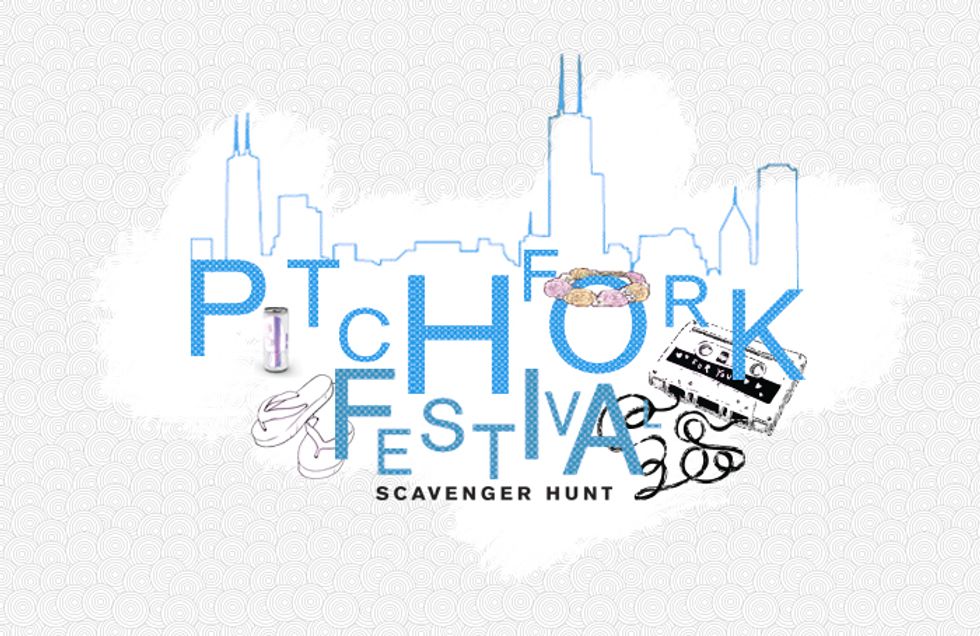 Join Us On Our Pitchfork Festival Scavenger Hunt

by Sandra Song and Eric Thurm
PAPERMAG
Does anyone really want to read recaps of music performances they didn't get to go to? We thought not. That's why this year, we decided to do our Pitchfork Festival coverage a little differently: a weekend-long scavenger hunt.

Think of it as a loving homage to everything great and terrible abut music festivals -- uncomfortable streetstyle gallery, public roast, and Where's Waldo? -- all brought to you by Paper staffers Eric Thurm and Sandra Song. Each day we'll be on the lookout for Chicago's best, weirdest, and cringe-worthiest, from white people saying "fam" to gratuitous headwear (baby headphones included).

Eric and Sandra will be directly competing against each other, but you can use the #P4KScavHunt hashtag on Twitter and Instagram to join in, too -- the reader with the most points at the end of the weekend wins the office copy of Big Freedia's memoir. Here's the list of items we came up with:
We thought we might have forgotten a few things, so we got some suggestions from artists performing at Pitchfork Fest -- we'll try to do y'all proud. Here's their list:
And there you have it! We'll be tweeting our findings using #P4KScavHunt -- if you're at the festival, join in and see if you can beat us in discovering