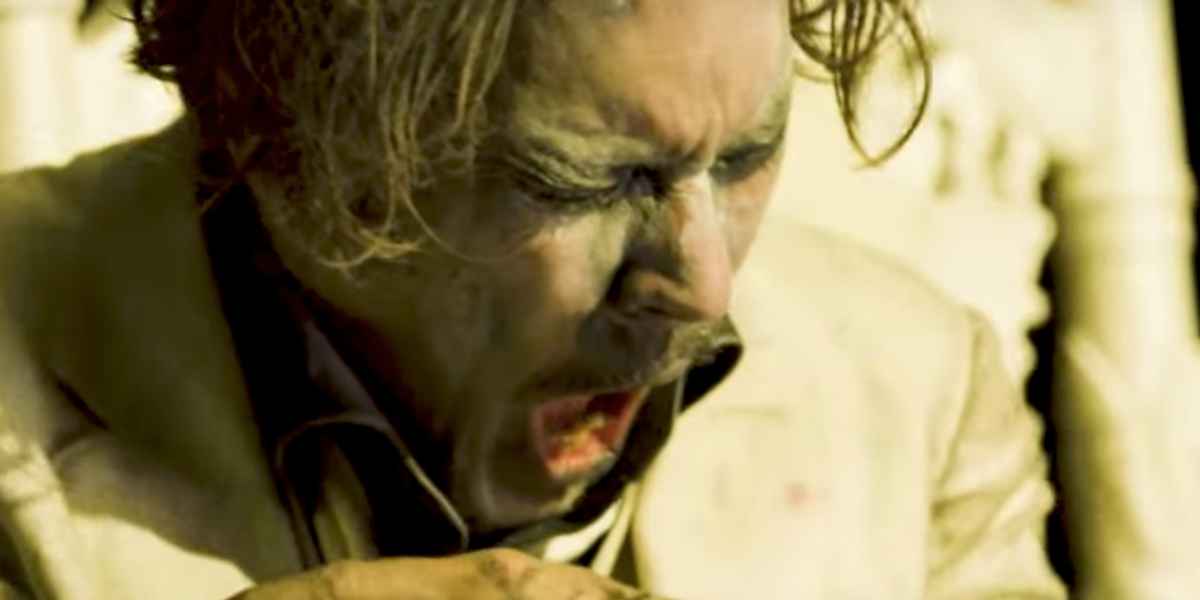 Despite having to cancel tour dates after suffering an on stage injury, Marilyn Manson is keeping busy and has shared new visuals for "Say10" off his newly released Heaven Upside Down album. The original video, which came out in November 2016 a day before the election, featured a beheaded Trump-like figure (Manson was able to escape the fate of Kathy Griffin). The new video manages to be even bloodier, with Manson and Johnny Depp, smack in the middle of a midlife crisis, acting as the masters of an underground sex dungeon full of naked women. Manson slits his throat toward the end of the video, bleeding everywhere. The video and Manson's statement on the project are below:

"After the balloons have all shriveled up and are swallowed in the puddles of puke and idealism, don't look to Me for sympathy. I am here to be all that I am accused of not being. And to be blamed for what you made Me. The shots you will hear are from a mouth disguised as a gun. Don't call this art. This is a hard cock in a room full of vampires and the music, man. The music is My foul blood on your faces."