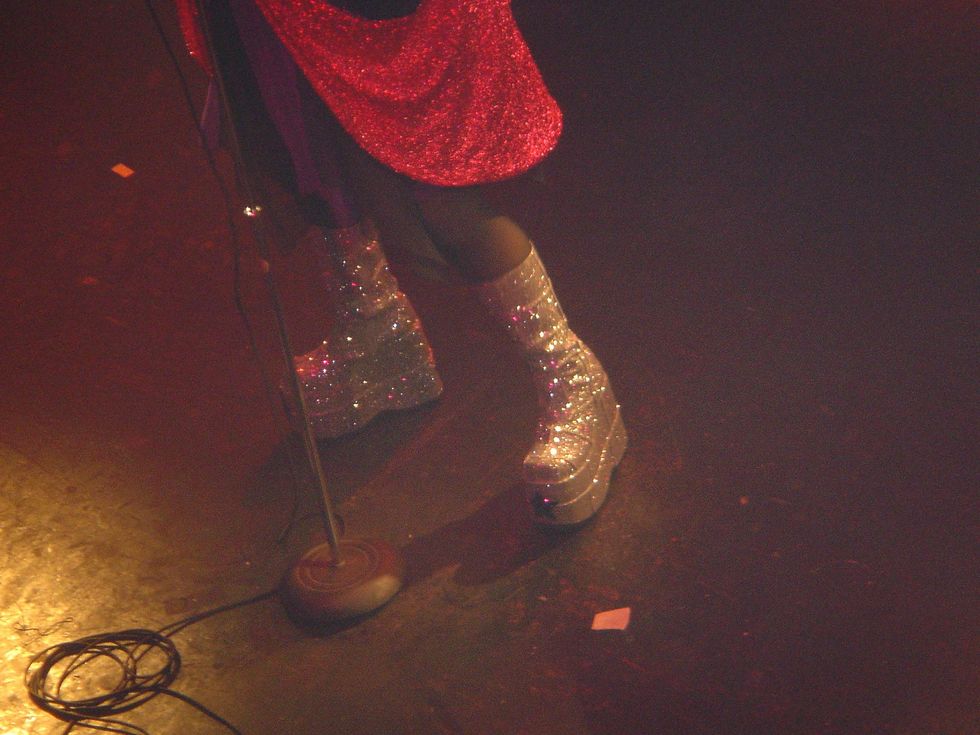 On my second day back home I made a beeline to EAT WELL for lunch and some good ole fashioned New York City style hobnobbing. Sure enuf, there was Jackie Beat who served up plenty 'o laffs as well as some good ole fashioned L.A.  commiserating about New York. "Why is it," Jackie asked me, "that everytime I go there New Yorkers seem hell bent on getting me to agree with them that L.A. is horrible?"

"Because they don't want to admit that there might be another way to live," I replied. "That New York just might not be the center of the universe after all." After riffing on the usual crimes and misdemeanors committed in the Big Bunker (luxury condos on the Bowery, Sex in the City clones in the East Village, drag queens harrassed by Ivy Leaguers at Lucky Chengs) Jackie brought up the inevitable Disneyland comparison. Which  quickly led to a delectable rant on the changes being made in the real Disneyland down here in Anaheim (echoing the "branding" that is going on not only in New York but the whole goddamned world!)

"I'm gonna blog about it" Jackie promised and that promise has been fulfilled.
New on Jackie Beat's  blog:

“Pirates of the Caribbean is currently closed, but Captain Jack Sparrow joins the crew when it re-opens on June 26, 2006!”

(The press release read that it's) Classic Disney storytelling that adds a new layer of adventure to this timeless attraction.”

If it’s timeless, leave it the fuck alone.

What’s next? Perhaps the frogs who run The Louvre will have some artist add a mulleted Tom Hanks, clue-filled notepad in hand, to the background of the Mona Lisa? “Oui! Let us cash in on zee poopularity of zee DaVeenchi Cod!” I mean, that boring old bitch with the annoyingly cryptic smile needs something to keep people’s attention, right? It’s not like she can haul her tired ass up onto a mirrored cross and crucify herself like Madonna.

And that's just the beginning! Read more at www.jackiebeatrules.com and also check out Jackie's band DIRTY SANCHEZ (the subject of LA Woman's column in the May '06 issue of PAPER!) BTW, the photo is of Jackie's awesome glitter platform boots (which WILL walk all over you!) seen at the most recent Dirty Sanchez show at Hollywood's Key Club (the night when opening act Avenue D was arrested by the LAPD for some ole fashioned New York style drunk & disorderly ....and ended up spending the night in a downtown slammer! Thank God some New Yorkers are keeping the old spirit alive!)