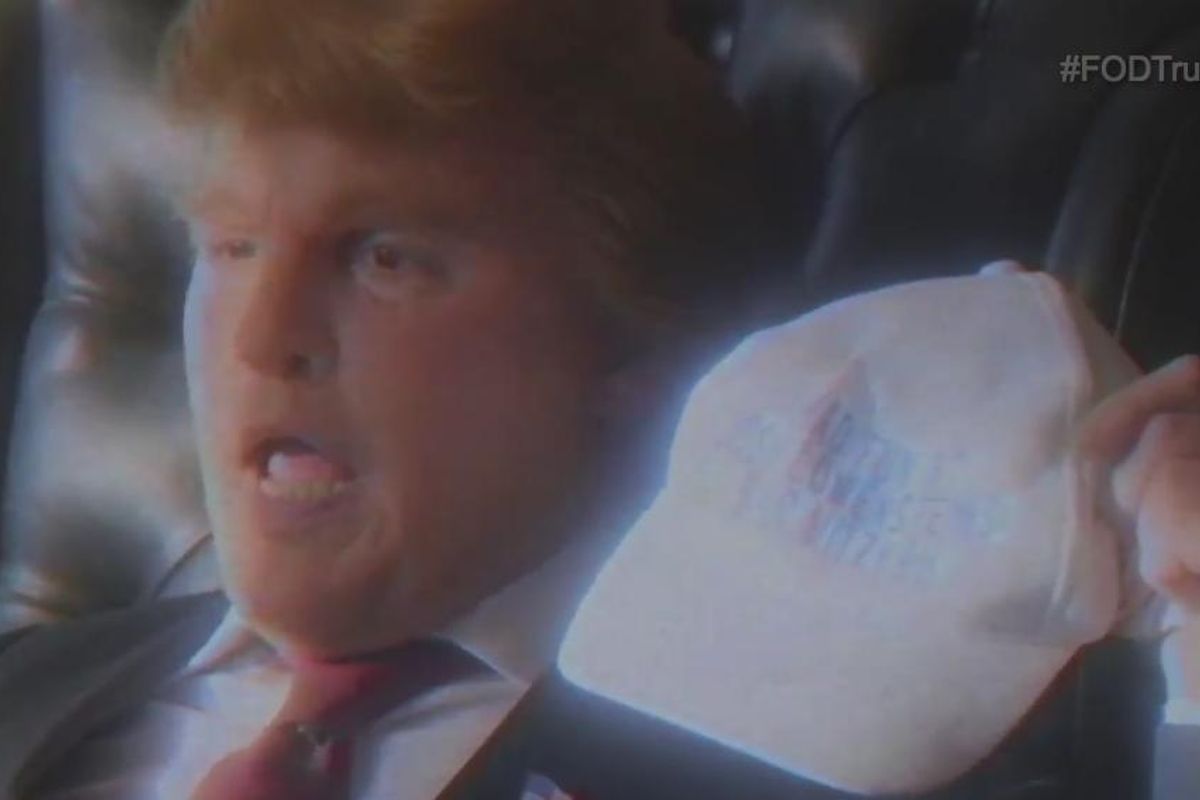 The biopic--entitled Art of the Deal--follows Trump's life, from birth to meteoric rise aka inheriting Daddy's fortune.

Narrated by Ron Howard, we're privy to some formative moments in young Don-Don's life, including a visit to the Taj Mahal in India--a site he calls "The classiest thing ever built by Muslims."

His fascination with the monument would lead to the creation of Trump's Taj Mahal casino in the forever post-apocalyptic Atlantic City.

The video also features a slew of all-star cameos, including Micheala Watkins as Trump's ex-wife Ivanka, who is proudly refers to as "My Czechoslovakian immigrant wife..."

Watch the hilarious, 80s-centric movie below, and make sure you absolutely don't vote for Donald Trump!

Funny Or Die Presents Donald Trump's The Art Of The Deal: The Movie from Funny Or Die
You May Also Like
Beauty