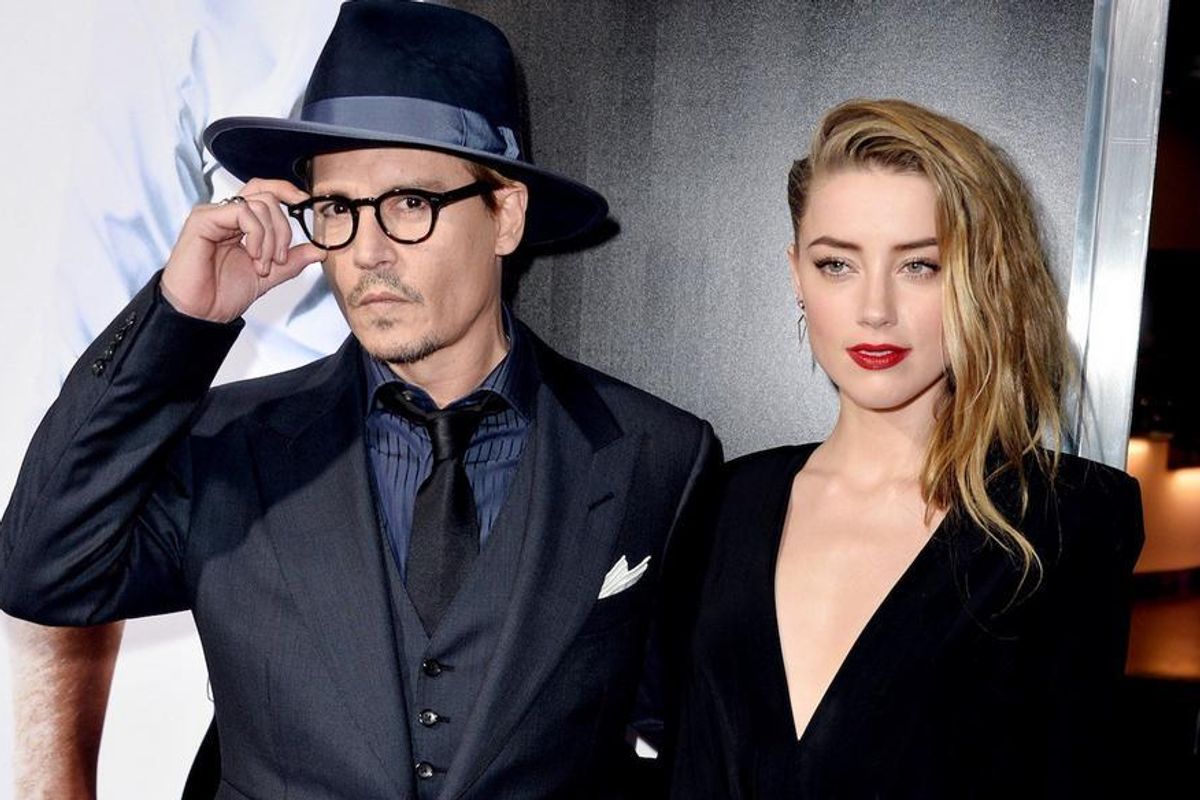 The ongoing, and increasingly disturbing legal battle between former spouses Johnny Depp and Amber Heard, whose marriage ended in May in the wake of domestic violence allegations, has come to a ceasefire; the two have settled in court.

Depp, who Heard alleged physically and emotionally abused her over their nearly four year relationship (and two year marriage), has agreed to pay the actress $7 million of the $8 mill she and her team originally sought; this covers her mounting attorney's fees.

The settlement was most likely expedited following footage that leaked over the weekend, where Heard filmed Depp's drunken tirade in their kitchen.

There were also terrifying photos that leaked yesterday of Depp's threatening messages on a wall written with his self-mutilated finger, after he accused Amber of cheating on him with actor Billy Bob Thorton.

The two released a joint statement:

"Our relationship was intensely passionate and at times volatile, but always bound by love..."

They also went on to state that "Neither party has made false accusations for financial gains," and no intentions of "physical or emotional harm."

Amber plans to donate a large sum of her settlement to an unspecified charity.

Hopefully the settlement closes out this very horrifying story.