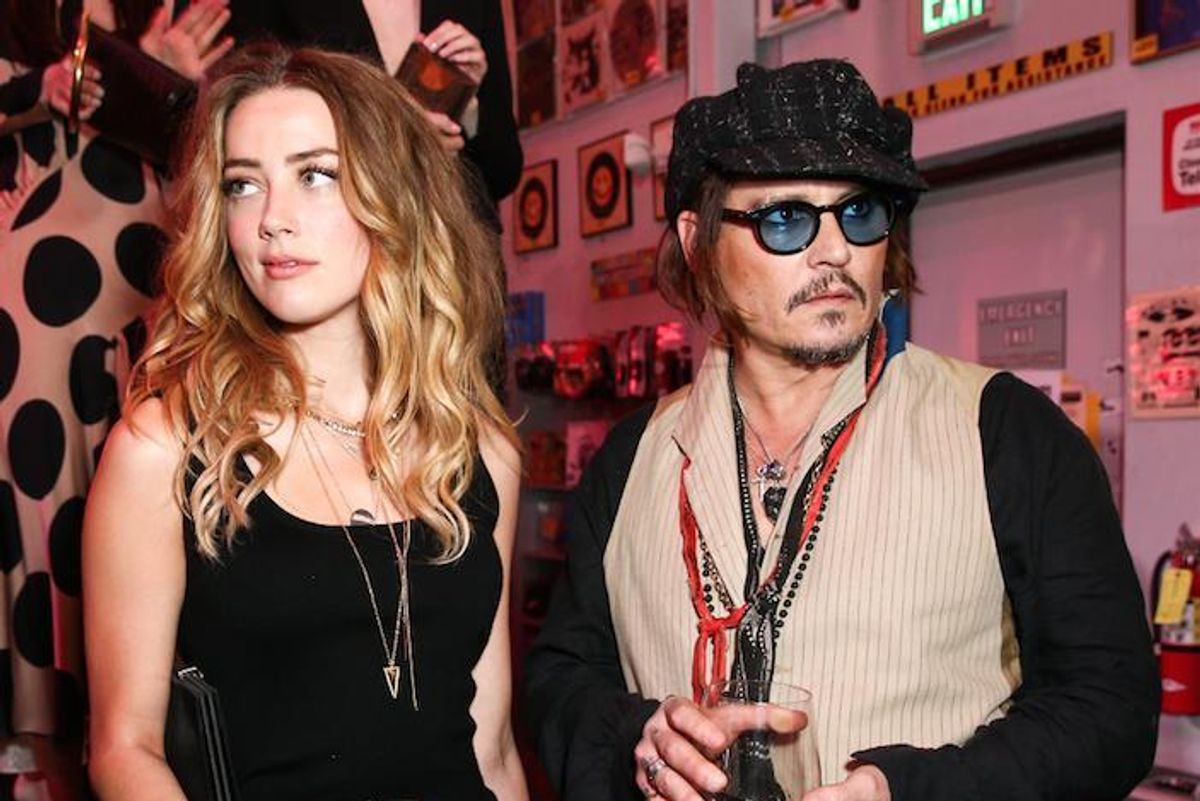 UPDATE: Johnny Depp's rep released this extremely Johnny Depp statement in the wake of the announcement that he and wife of a year, Amber Heard, are divorcing.

Given the brevity of this marriage and the most recent and tragic loss of his mother, Johnny will not respond to any of the salacious false stories, gossip, misinformation and lies about his personal life. Hopefully the dissolution of this short marriage will be resolved quickly.

Tell me you can't hear Johnny saying that statement while peering out his window with a glass of Scotch in hand.

Fly your bohemian man-scarves at half-mast today, because sultry dog smugglers Amber Heard and Johnny Depp have decided to end their marriage. The couple got married last February, and in the absence of a pre-nup, things have already gotten a bit messy. According to TMZ, Amber filed for divorce this afternoon citing "irreconcilable differences" and has petitioned for spousal support, which Johnny has asked the judge to reject. This has been a wrenching week for Depp, who is mourning the loss of his beloved mother, Betty Sue Depp, who died on the 20th after battling battling a long illness. According to Amber's filing, the two have separated two days after her death, which is... yeesh.

At least they'll always have Australia...