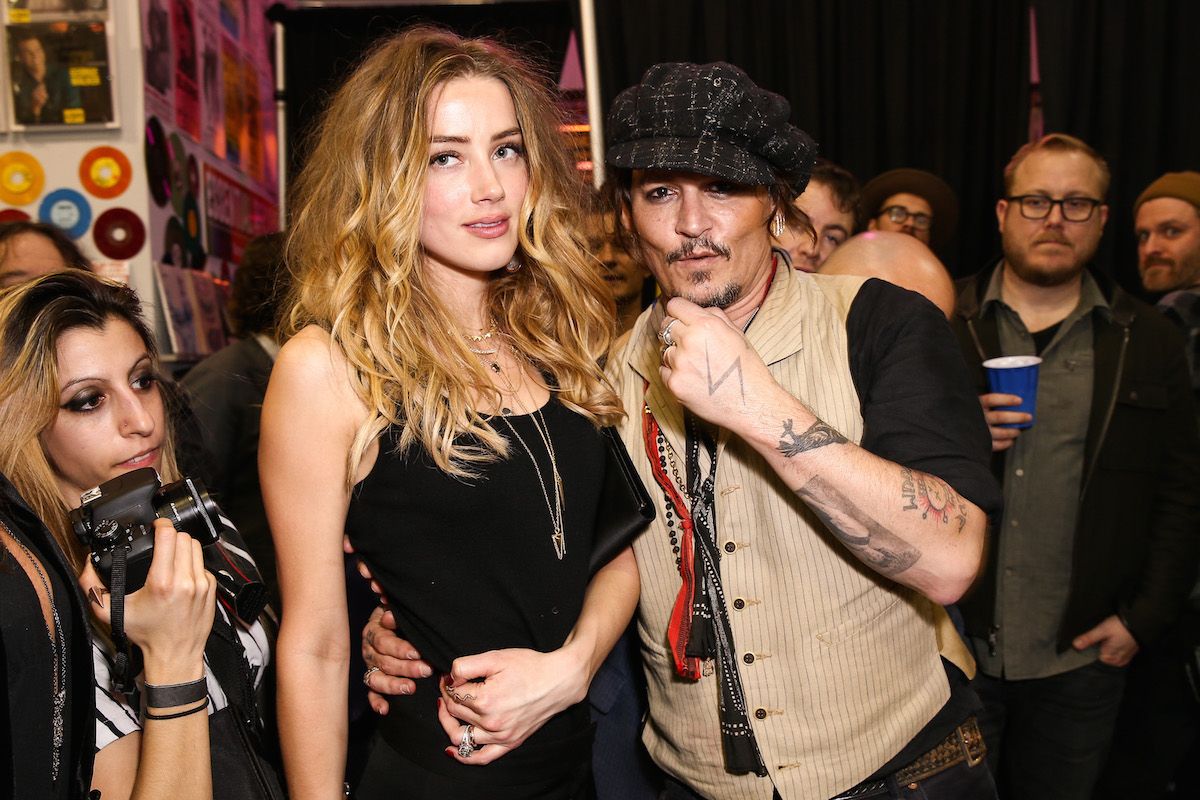 UPDATE: TMZ is reporting that Amber Heard has filed a domestic restraining order against Johnny Depp, allegedly citing violence (NOTE: the link to TMZ contains a photo of Amber that is extremely disturbing).

The photo of Heard that the website has obtained shows her with what appears to be bruising all over her face, allegedly inflicted by Depp on Saturday night.

More information is surfacing following Wednesday's announcement that Johnny Depp, and his wife of a little more than a year, Amber Heard, are vacating their marriage hard and fast.

As we learned last night, Johnny has spoken out on the situation (via his rep), coldly "Hopefully the dissolution of this short marriage will be resolved quickly."

Now Page Six is claiming that Mr. Depp, who has a net worth of $400 million, doesn't feel like dolling out that non-prenup spousal support to Amber.

Depp has asked the "court"--whatever the fuck court that is--to deny Ms. Heard's request for that cash, and added that she should pay her own legal fees.

Amber's camp, and her close friends, are also swatting down TMZ's fairly scathing report that the actress was reviled in the Depp clan, especially by his late mother, Betty Sue, and two children (Lily Rose and John "Jack" III).

Betty Sue tragically passed away on May 20th, and had been living with her son and daughter-in-law at their LA compound.

She (apparently) believed Amber was using Johnny as a career ladder. The post also says that in one "closed door sit-downs" between the two women, B.S. allegedly called Amber a "terrible person."

Well, Team Amber says THAT is B.S. (the other kind), and that she and Johnny's mother grew very close, with Amber dutifully by her side when she was on hospice, often managing the nurses who tended to her when Johnny was out of town.

This same "source" also told TMZ that Amber and Johnny's son had a "loving relationship," but did not mention anything about his increasingly famous daughter.