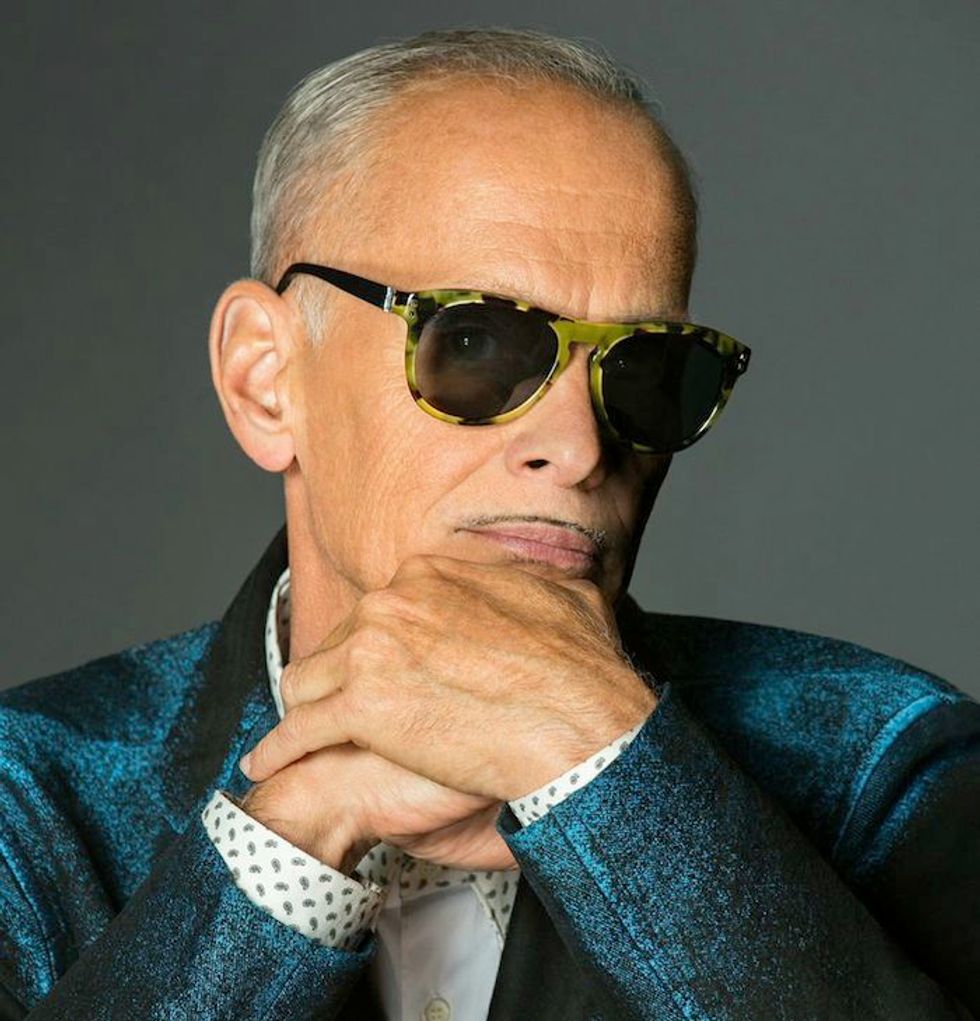 For the third year running, we're thrilled to present A Very Papermag Holiday Q&A with John Waters. The gloriously trashy filmmaker, artist, writer, performer and PAPER Original Gangster is currently touring his Christmas show, which stops New York on the 14th, but he graciously took our call in Portland, Oregon. Even with a grueling road schedule and an ear infection, Waters was full of his usual warmth and wit. If anyone south of the North Pole can save Christmas in these turbulent times, it's him.


How's the tour going so far?
â¨So far, pretty well. I have an ear infection, but I just pretend I'm Johnnie Ray.â¨

Christ, how did that happen?
â¨I don't know. Original sin.

I noticed that the tour is really just West and East Coast...
â¨I think last year I played Chicago, Atlanta -- I played a lot of the middle last year. So a lot of times, unless it's a really big city, always wait a year before you go back. Although last night in Portland it was sold out and I was there the year before, so you never can tell. But it's going great. I have 17 cities, that's enough!

â¨â¨Have you encountered any demonstrations in the last week?â¨
I went past -- where was I? I think it was L.A. -- and I saw maybe 20 people with signs saying, "I can't breathe," and I thought, Wow, this is a far cry from the demonstrations I remember. I have not seen a big one, but I haven't been in Baltimore and I know there were some there. And you don't expect to see big demonstrations in San Diego, to be honest.

Do current events affect your performances?â¨
Oh yes, I have right-up-to-the-minute current events. Every year I collect the world's worst toys -- this organization puts out WATCH, World Against Toys Causing Harm. And this year, one of the toys is a SWAT machine gun that they recommend for five and up, and they say, "Warning: Law officials could mistake this for the real thing." Oh great! Let's give it to a black kid for Christmas! It's shocking to me. I'm amazed at what still goes on in the world, so current events are always a big part of what I talk about at Christmas. And they always seem more severe at Christmas.

â¨â¨Yeah, the contrast...
â¨I'm a big fan of the Satanic Temple, which just won the right in, I forget where, in Tennessee or somewhere [it's Tallahassee, FL] -- the state capitol has different nativity scenes, so they sued so that they could put their atheist thing in there, and they won, and it's an angel plunging into hell. Which they have to put next to all the religious ones, which I think is hilarious.â¨â¨

You're kidding.
Look up Satanic Temple. It happened this week, so that is already in my show. I'm a fan of theirs anyway because they perform "pink masses" where they go around the country and turn the formerly heterosexual spirits of their dead enemies gay, which I find delightful. They did that to Fred Phelps' mother.â¨â¨

Did you do a Christmas show back in 2001?â¨
I don't remember. The first one I ever did was at the Castro Theatre and I think it was 11 or 12 years ago. Could I have? Probably. I was in New York when 9/11 happened. I certainly remember it, yes. And I was there that whole week; you couldn't leave, really. I live in the Village, so I could see the buildings on fire from my street. I'm glad I was in New York for it because I really felt part of it, with the whole city sort of bracing for it.â¨

I also wanted to hear a bit about the show this year...â¨
Oh, I added new stuff; I always add new stuff! On the first night, I had the flu and I was in San Francisco with a sold-out audience in a place I had never played, and it came out the right running time, I remembered everything -- I don't use notes -- and my promoter said, "Wow, you've got a lot of new material!" And so now it's fine, but the first night you never know.

Do you do meet-and-greets after the show?â¨
Sometimes, and I always refer to that as the Lap Dance. It's so weird that almost everywhere has that now. That started in the country-western world, and now they all do it. When I sign books and T-shirts and do the whole thing, it's great because you really do get to meet your audience, and I have a really cool audience. They all look great, and I'm always amazed at how young they get. They seem to get younger and I get older; I can come out and say, "I'm older than Santa Claus, definitely." But old chickens make good soup.

You talked to my colleague Elizabeth last year about the dream John Waters Christmas special and who would be your guests. Back then, it was Bieber and K-Fed...â¨
This year I have One Direction reimagined as a tumbling act, and Miley Cyrus, not on salvia, on bath salts, doing human contortion acts like the human pretzel, rolling around the stage like a wheel.â¨

â¨Amazing. Some day that is actually going to happen.â¨
I know it is.â¨â¨

Tell me about your Christmas card this year.â¨
It's an advent calendar: you open 24 windows of weird little pictures. It's my favorite one ever. Get Kim to show you hers.

â¨â¨Like with perforated little tabs? Are there chocolates or something in there?
â¨No, there's different weird pictures -- everyone from Sal Mineo to Mrs. McMartin to a "Pope Shot" headline, and the reason I have that is because the Pope forgave his assailant and their friends.â¨â¨

You also have your own Christmas album. Can you recommend a few others?â¨â¨
Well, I always like all the jazz compilations, the ones like Cool Yule and Downbeat Christmas and all that kind of stuff, but I have a huge collection of them at home. I play Justin Bieber's Christmas album. But I talk about wishing that Ol' Dirty Bastard had one, or what if Future Islands had one this year? Imagine Sam Herring singing "Little Town of Bethlehem" in that great growl.â¨â¨

What about your favorite books of the year?
Definitely My Struggle and definitely all the novels of Elena Ferrante. She's my favorite, and they're both similar; I think both books are their struggles. I saw the fourth one's coming out [in the My Struggle series]. Hurry up! I finished the first three. Lazy translators -- get busy!

â¨â¨Last question: what are you looking forward to in 2015?â¨
Well, the next thing for me is a big art show called Beverly Hills John that opens January 9 at the Marianne Boesky Gallery. So that is the first thing for me in 2015. And then other than that, oh god, I'm scheduled for the whole year already, so a moment's calm is what I'm looking forward to.â¨â¨