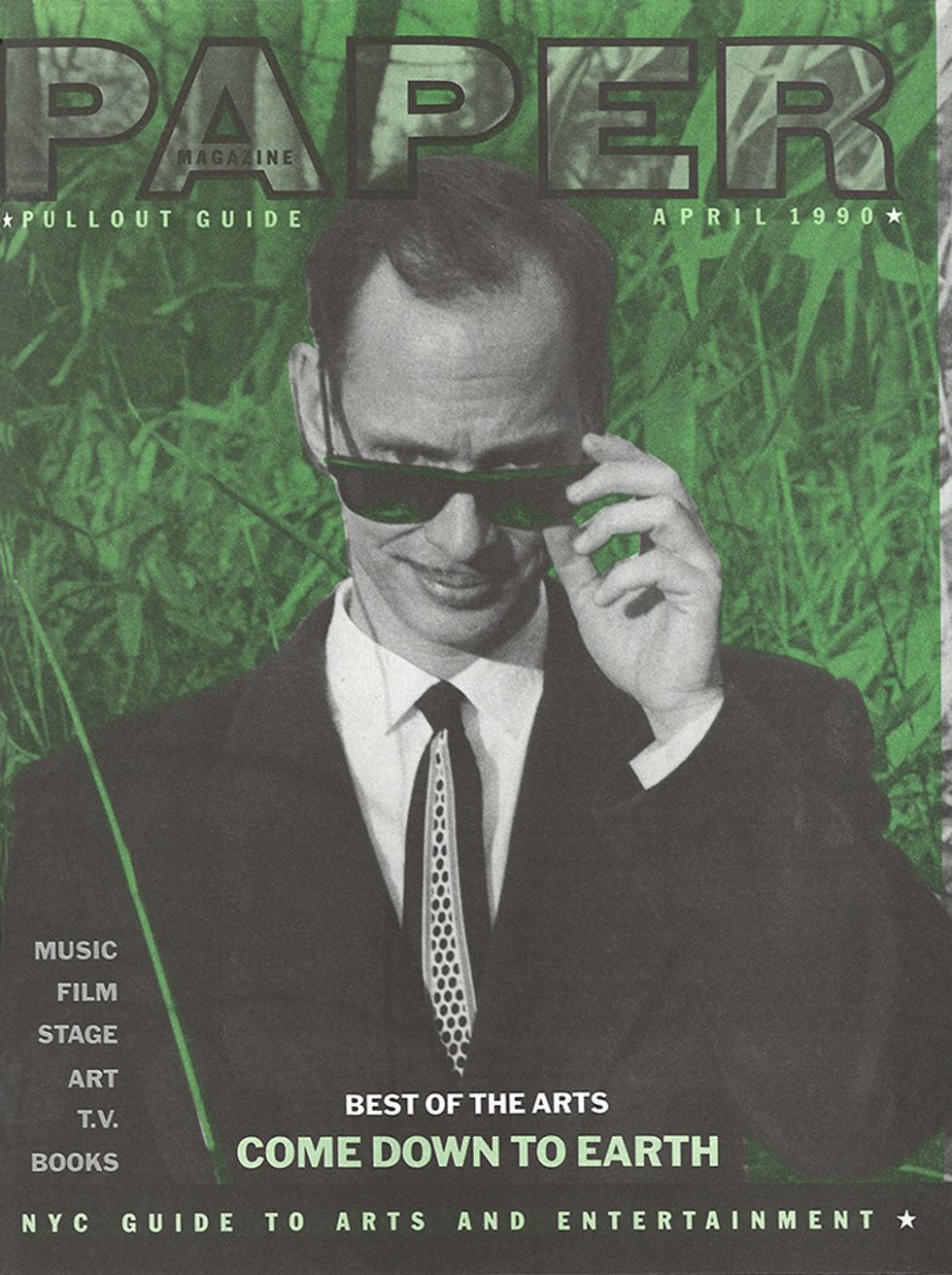 by Elizabeth Thompson
PAPERMAG
In honor of the one and only cinema legend and pope of trash John Waters' birthday today, we've rounded up all of our favorite Waters' Paper soundbites from over the years. A three-time Paper cover star, Waters is one of our biggest heroes. Below, our favorite Watersisms from the archives.


From an April 1990 interview about Cry-Baby.

Kim Hastreiter: You pick a variety of people [to be in your films]: old, young, pretty, homely.

John Waters: They're definitely all beautiful to me. It's all kinds of beauty. To me, nobody's ugly.

On casting Iggy Pop: Iggy's the godfather of everything I believe in. I've only been to three rock concerts in my life, and Iggy was one of them and one of the only ones I ever liked. I love the fact that Iggy is completely clean now. I think he's a good actor. He should play a Bond villain. He's got a face like no one else.

On casting Traci Lords: I've never seen her early movies. I know about them, but for god's sake, we don't judge. To me, any kind of past that you've changed around is a kind of plus. I knew the girl was smart when she told me she wanted to play Hatchet Face. [Kim McGuire was given the role of Hatchet Face, Lords was cast as Wanda Woodward.] She didn't even want to look pretty. I think she came to the film with an ounce of Traci Lords left in her and she left a teenager, which is nice.

JW: Well we looked at Mick Jagger's dick for years, so why not this?

John Waters: Unfortunately, I learned in my career that they do. It doesn't work. They don't like camp because they don't think anything so bad is good.  They don't even have good yet. They're like, "What's that mean? That's not real. Life isn't like that. That's stupid." Camp's over. I don't hear anybody say that word. Maybe older gentlemen in an antique shop talking about a Betty Grable calendar -- that's camp. Or a Tiffany shade is camp.

AM: You know, sometimes people will refer to the stuff I do as camp, and it just annoys me.

JW: Don't ever print that or they''ll say it to you all the time, to get on your nerves. Never let the critics know the one thing they say that you hate, or they'll say it over and over.

AM: I know, but like with feminism, people aren't defining these terms properly, so I don't know what they mean by them. They just become meaningless after a while.

JW: I don't think you should ever say that you're not a feminist, because I would never say I'm not.

On Serial Mom's famous dog feet-licking scene: Dog-shrimping, right. "Shrimping" is sucking feet -- it's an old term. Y'know, little shrimps? You suck 'em. It's a theme that has recurred in my movies because it's safe sex, certainly. I figured that there are people who watch television alone and let the dog shrimp them.

Johnny Depp hearts Patty Hearst: Johnny Depp said in an Us magazine interview that he had a crush on Patty Hearst when he made Cry-Baby. She said, "I'm going to to show it to everybody in high school who was mean to me."

On taking the bus from Baltimore to New York City as a teenager: I was angry and alienated. I used to make my way to New York all the time. I pierced my ear at 16 on the Trailways bush. With just a needle -- blood was pouring out, and people were like "Eeeek!" and moving away from me. And I wore the earring one day. It got septic and turned green, and then I took it out and never wore an earring again. That was in 1963.

I wanted to be a beatnik. I would go right to Greenwich Village, and think "God! It's like Life magazine. There they are, what I want to be!" And I looked like the most white-bread suburban Baltimore boy, which I was.

I'm scared of her because I respect her so much. She never smiles. She always looks like she's been sitting in a cell thinking about hemlines for two years like a Catholic saint who gave up everything to think about how to deconstruct clothes. You don't see her sense of humor when you meet her --  she always wears leather and black and seems to be surrounded by bald-headed women. I think, of course, she has a great sense of humor. No one could design clothes that witty who didn't. I think you can be very serious about your work and have a sense of humor, too. I am very serious about my work and I try to make good trash.

Waters tells us about his dreams for a record label in our September 2004 20th anniversary issue.

Can you imagine -- a John Waters record label? I was going to call it "Rimmer Records" and have the logo be an asshole, but we're not doing that.

In an interview with Waters about his 2010 memoir Role Models, he tells us there are no good dive bars in New York City. But Baltimore has plenty.

[New York dives] are infected by irony and fashion. Everyone comes to New York to be a version of something. For the people in these Baltimore bars, there's no irony. They're the opposite of trendy. People in Baltimore always say to me, 'Why did you get an apartment in New York?'  Everyone in New York participates in irony. But no one in these Baltimore bars participates in it. It makes for a very different climate and one, for me, as a writer, that's a much more important one. These are the kinds of people who I make movies about. I love going to all the new clubs in New York; I try out all the new restaurants. I like it all. It's just not my material.

In a 2012 interview, Waters tells us about going to midnight mass with Divine.

In 2013, it's what he finds funniest about Christmas.

I think one of the funniest things about Christmas is a living crÃ¨che or a living nativity scene. They're frightening. I find them scarier than any Diane Arbus photo. I go to them like people go to haunted houses at Halloween, but I scrunch down in the crowd because I don't want people to see me. Then I'd feel as perverted as they are.