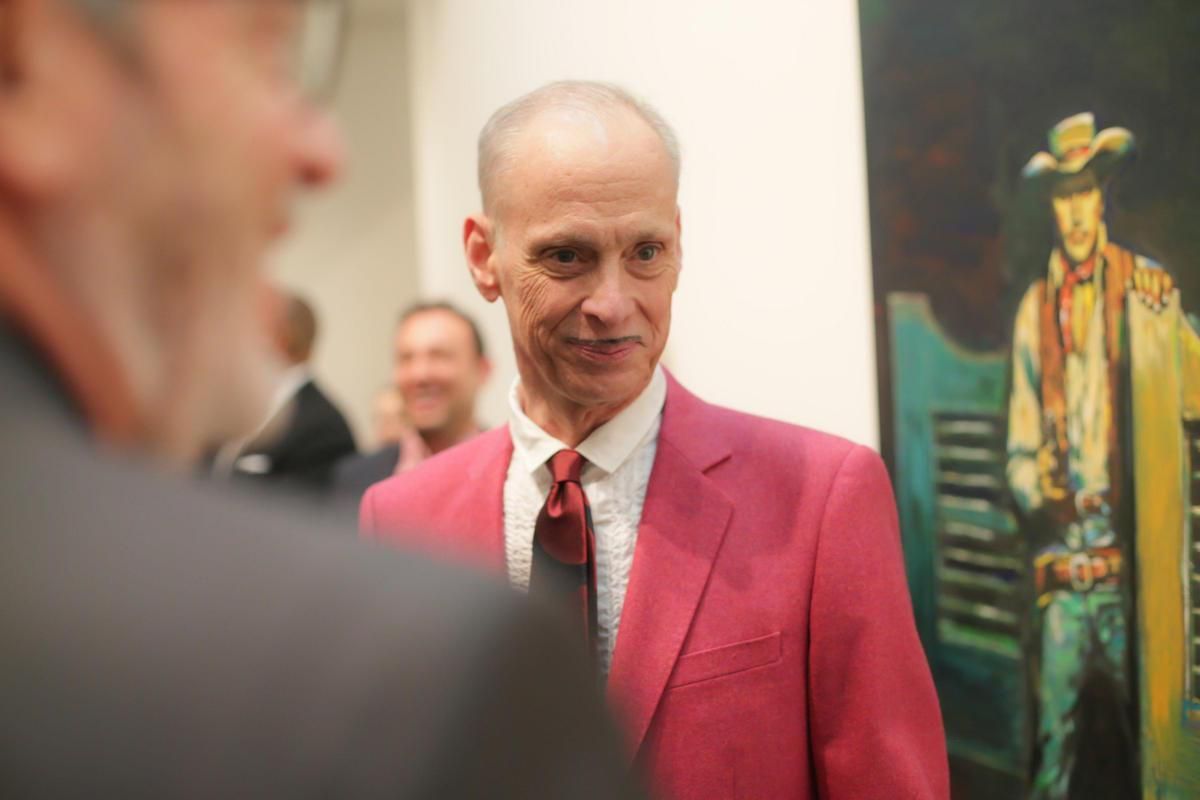 National treasure John Waters turns 70 today, and the iconic filmmaker has altering the state of pop culture since he was a teenager in Baltimore.

With his militia of weirdo mercenaries, including DIVINE, Patty Hearst, Traci Lords, Ricki Lake, and even Kathleen Fucking Turner, Waters has taken accepted norms in film, and trampled it while shriek-laughing with a pointy but sensible heel that he found in a dumpster.

...and then again in 1994, promoting my personal favorite movie of his, SERIAL MOM.

A highlight from that interview in 1990, with PAPER founder Kim Hastreiter.

Kim Hastreiter: You pick a variety of people [to be in your films]: old, young, pretty, homely.

John Waters: They're definitely all beautiful to me. It's all kinds of beauty. To me, nobody's ugly.

From the 1994 interview, conducted by Ann Magnum.

On America's aversion to surrealism, and how it's hindered his work:

Unfortunately, I learned in my career that they do. It doesn't work. They don't like camp because they don't think anything so bad is good. They don't even have good yet. They're like, "What's that mean? That's not real. Life isn't like that. That's stupid." Camp's over. I don't hear anybody say that word. Maybe older gentlemen in an antique shop talking about a Betty Grable calendar -- that's camp. Or a Tiffany shade is camp.


Water shared a glorious anecdote about traveling to New York from Baltimore on a shitty bus in the 60s:

I was angry and alienated. I used to make my way to New York all the time. I pierced my ear at 16 on the Trailways bush. With just a needle -- blood was pouring out, and people were like "Eeeek!" and moving away from me. And I wore the earring one day. It got septic and turned green, and then I took it out and never wore an earring again. That was in 1963.
I wanted to be a beatnik. I would go right to Greenwich Village, and think "God! It's like Life magazine. There they are, what I want to be!" And I looked like the most white-bread suburban Baltimore boy, which I was.


A poignant, and extremely self-referential moment for Waters came last year, during his incredible commencement address at Rhode Island School of Design.

Waters made fun of himself, citing his polarizing career, and connected with the students, demonstrating his peerless understanding of the now--regardless of his age.

Most importantly, Waters touched on his enduring faith in younger generations; a faith in constructive rebellion and moving against the norm, the timeless power of subversion, something he's made a career of.

"Go out in the world and fuck it up beautifully," he closed with. "Horrify us with new ideas, outrage outdated critics, use technology for transgression--not lazy social living. Make me nervous...it's time to cause trouble, but this time in the real world, this time, from the inside."

Happy birthday, Mr. Waters. Thank you for fucking up our world, time and time again, you beautiful, terrifying garbage king.

Let's leave it off with this iconic scene in Serial Mom.