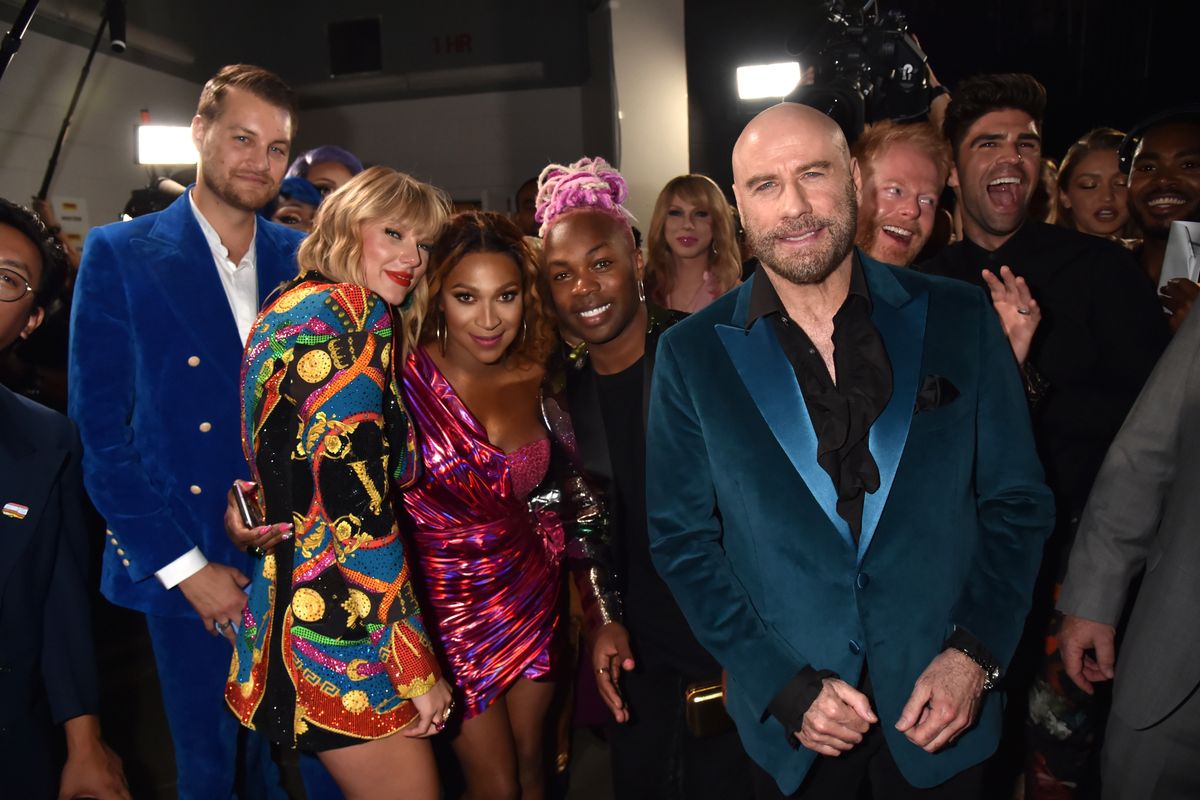 I'm beginning to think awards shows book John Travolta to present trophies because they know he'll reliably go viral. If that was the goal at tonight's MTV VMAs, then producers will be happy. While attempting to hand Taylor Swift her statue for Video of the Year, Travolta appeared to mistake Drag Race alum Jade Jolie for Nashville's most beloved country pop queen. A mishap not dissimilar to his infamous 2013 Oscars gaffe, when the actor introduced Idina Menzel as "Adele Dazeem."

The handover happened so quickly, and Jade Jolie handled it so smoothly, that Travolta's mistake is a little ambiguous when you re-watch the footage. Maybe he was just getting with the theme of Swift's "You Need to Calm Down" video and attempting to reward a queer icon for their work? You'll have to judge for yourself.

Jade Jolie is the stage name of Josh Green, and she placed eighth during the fifth season of RuPaul's Drag Race. She appears dressed as Swift in the cute "You Need to Calm Down" pop queen pageant shot, which features Tatianna as Ariana Grande, Trinity the Tuck as Lady Gaga, Delta Work as Adele, Trinity K Bonet as Cardi B, Riley Knoxx as Beyoncé, Adore Delano as Katy Perry, and A'keria Chanel Davenport as Nicki Minaj. Swift made a point of shining a spotlight on the video's queer collaborators and co-stars during the VMAs.

Travolta is yet to comment on the incident, but we hope he's not too embarrassed! He just paid Jolie the ultimate compliment, and also literally made my night.