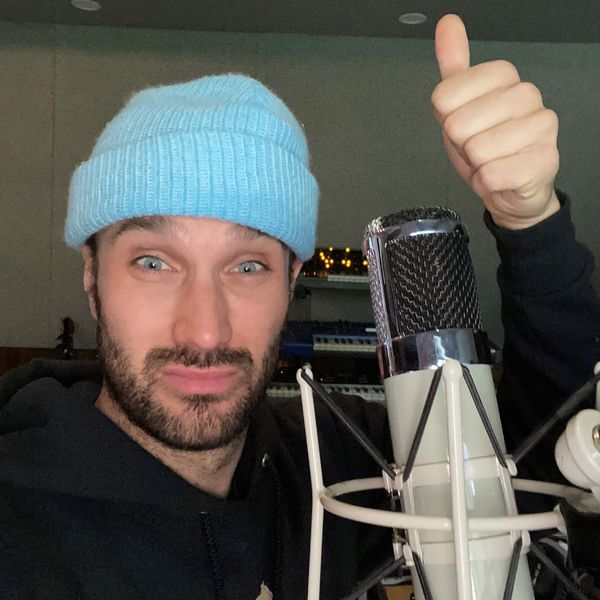 Here's How 'Isolation' Has Been Treating John the Blind

In light of COVID-19's social distancing, while some artists are enjoying a stretch of much-deserved time off, John The Blind, a musician whose debut EP released last year, is not. Following a creative burst of inspiration, John created a new six-track EP, called Isolation, and has more music scheduled for later this year. In doing so, John is true to the story behind his name, having spent years writing for top artists ranging from John Legend to Katy Perry, but knowing he always had more of his own music to share.

Related | Emerge From Quarantine as a Musician

"I go in, I am blind to the creative process and then an hour or two later there's just this song there," John says. In just a three-day period of social distancing, after watching episodes of Curb Your Enthusiasm and playing video games (FIFA to be exact) John's Isolation was born.

"I didn't want to be precious," he says. "I wanted to be as free as I could and create. No thinking, put it out, and on to the next." The entire process of making Isolation, plus livestreams with Teddy Geiger and Niall Horan have all been documented on John's Instagram.

@christinadecon: Hi John! I listened to your Isolation EP and already sent it to a few people it's SO awesome. First off, did you always plan on doing this when you found out about the quarantine? Where did the inspiration come to start making the EP in just 3 days?

@johntheblind: Hi!!! was not a plan at all haha. After the initial "STAY AT HOME" I basically watched Curb [Your Enthusiasm] and played FIFA for two days str8 (haven't touched a video game in years). Then day 3 I was like alright... I need to do SOMETHING. And what better inspiration than being literally isolated, home alone in my own head haha. I didn't want to be precious, I wanted to be as free as I could and create. No thinking, put it out, and on to the next. Once I hit the 6th song I was like "alright Jesus this is enough for a sec." Didn't wanna oversaturate people that might be listening. As an artist as well as a songwriter/ producer you're always saying "damn, I wish I could just jam and make shit!!!" But you can never find the time.

@christinadecon: I really think it's the perfect length and treat for people to receive right now. I also saw you were doing some livestream concerts! How have those been?

@johntheblind: LIVE went ok haha. Obviously all the songs r brand new so I fucked up a lot of chords and lyrics doing them acoustically. People have been giving me a lot of love and I'm so very grateful it's insane. When the idea of "not talking to, touching or even seeing" someone sets in, a lot of emotions come up. The only place to go is inward. I used a few different situations to draw from. Also my mom was supposed to be visiting all week but had to cancel her trip which bummed me ouuuutttt

@christinadecon: Yes!! I know a lot of your career has been very collaborative, and now with more of your new music set to come this year, how do you see the rest of the isolation period going for you? Do you intend on making more Isolation records, relaxing a bit or just taking it day by day?

@johntheblind: guna take it hour by hour haha I don't know. Def took yesterday and today to just chill. Might get back in the studio tomorrow and get weird, have to just see how I feel. I plan on making a lot more music, at least in this first week or two. Then I'll go back and finish some projects/work stuff I need to do. Maybe read a book or two. Some FIFA again. Then repeat! I zero plan. I'm just trying to stay healthy, mellow and do whatever the fuck I feel in that exact moment. Musically or not.

Photo courtesy of John the Blind