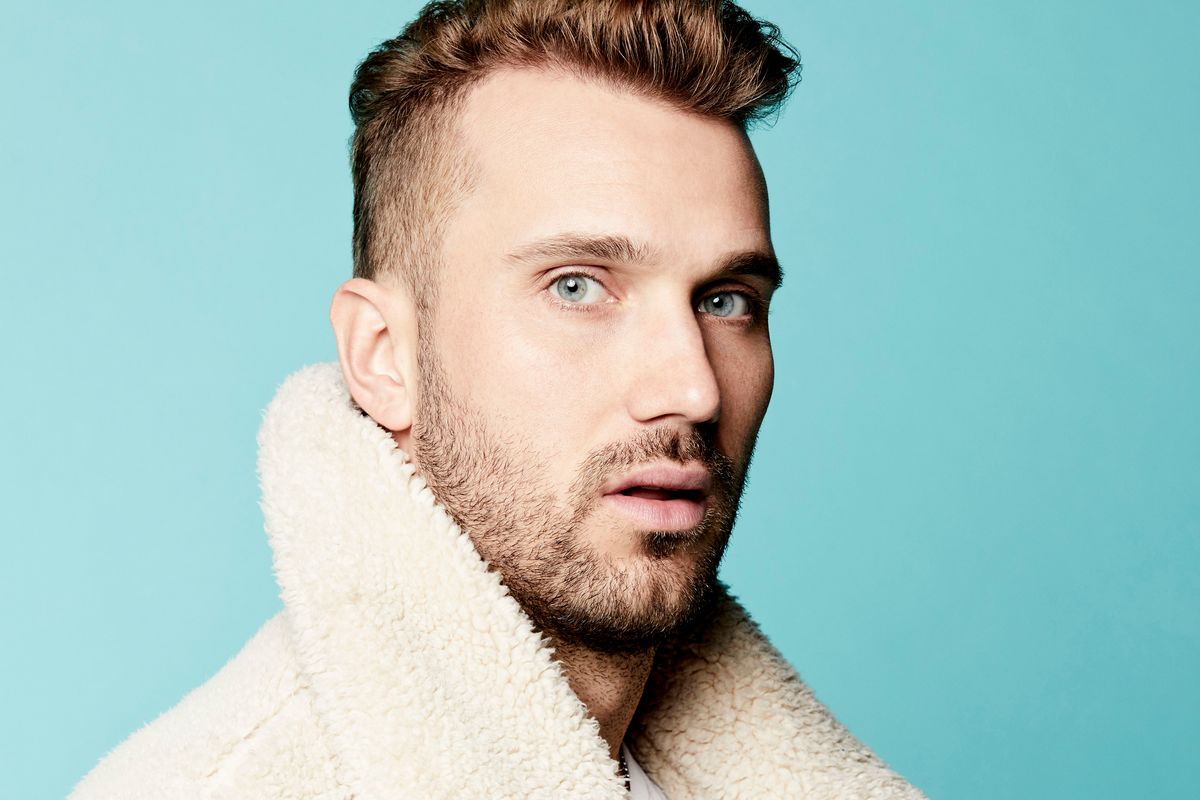 John the Blind Deserves to Be Seen

For John the Blind (born John Henry Ryan II), his life has always been about music, and vice versa. The singer, songwriter, and producer from upstate New York was inspired by the Beatles from a young age and immersed himself in a community of passionate musicians during and after his time studying at the prestigious Berklee College of Music. Soon after moving to Los Angeles, he entered the fast-paced world of pop songwriting, composing chart-toppers for artists including One Direction, Maroon 5, John Legend and others.

During this successful time, John stayed committed to his own work, writing for big names during the day and for himself at night. But as PAPER learns, John always wrote using his voice. The voice, honed over the years of perfecting his songwriting and production craft, is resoundingly clear, and is emerging in a big way this year. John has released a single and video to "Two Months" and today PAPER premieres the video for "Halllelujah," both of which are set to be included on his forthcoming debut EP.

Perhaps another striking thing that makes John the Blind stand out, apart from his name, drawn from the real-life blind king of 1330s Bohemia, is his image, which toys with anonymity in the vein of top acts ranging from Sia to H.E.R. In many of his visuals, John appears for peek-a-boo moments only to retreat behind shadows and mirages. This now-you-see-me, now-you-don't approach to his public-facing image is a compelling tension existing within the music.

The video to "Hallelujah" sees John partially obscured by dark lighting effects and partially shown between scenes of dancers in white, almost like the invisible leader of his own united chorus. And the song is about a connection forged during an uplifting sexual encounter, and the period of worship that can often follow. It's a period of high-stakes desire — the yearning to see them again at 2 AM or whenever such desire comes. But John hopes that these moments last beyond the point of connection: "Let your body scream/ Let me hold onto it," he sings. Self-constructed breakbeats stop and start and are punctuated by synth stabs. There are wonderful elements of surprise throughout, but John's melodies keep the groove and feeling steady.

Still, an intriguing air of uncertainly lingers: it's hard to know where things may go from here, musically or experientially. That very question mark is where John lives, and he enjoys it. "I like playing with the tension of being in the moment and not knowing what happens next," he tells PAPER. "There's a lot of poetic symmetry in blindness. I don't always know what I'm doing, and I also believe my music has a bit of uncertainty to it. But at the same time, I can see what I want pretty clearly."

Learn more about John the Blind and watch "Hallelujah," below.

The best way to describe you is an artist turned songwriter turned artist again. Would you agree?

Yes, for sure. This is like my third act, in a way. I've always felt like an artist from a really young age, and had this beautiful, happy dream of becoming a songwriter for other people sort of happened. It was much more successful than I ever dreamed.

Has writing for others affected the way you write for yourself?

I've always written from personal experience, or just merely off of instinct. Once I started writing for other people, my experiences and stories became relatable to other artists. The difference was, they were being sung by someone else.

Now that you're singing your own songs, what has your process been like?

A little bit ago I started making this collection of songs [for my upcoming EP] that was really specifically about this girl I was seeing at the time and a few other relationships I was involved in. They felt even more personal than the stuff I was writing for some artists at that exact time, and I felt like I tapped into my real artist voice again that I was always in touch with before I ever wrote a song for anybody else. I couldn't really imagine how it would shape up. But stylistically, the way the productions were going were a little bit left of center and I knew I was going to have to sacrifice some of the authenticity to maybe bring the music more to the pop lane, but I didn't want to have to do that. I'm really in touch with my instincts. I've figured out that whether it's writing for a hip-hop project, a pop project, or for my own projects, I've found that "lightning in a bottle" is the way that I work best. If I have an emotion, feeling, or thought I want to capture it as quickly as possible in a song.

What if you're asleep and a song idea comes to you?

[Laughs] Listen, in the last two years I've probably written about three or four full-on songs while having dreams. And then I wake up and most of the time I'll forget them, but I'll have a few voice notes of full on songs with lyrics, melodies, and ideas. It's kind of like you don't have a choice. You have to get that shit out or else it'll drive you crazy. If it comes fast it feels pretty unusual and special, and that's when I know I've got something.

"When I'm writing, I feel most connected to the truth — my truth."

Given your poetic stage name, who or what has been a great muse to you?

I yearn to have a real, authentic, emotional connection with people. That's what I really struggle with, sort of accidentally. In a way, the EP has become this really confused and emotional little body of work because that's where I draw from. Like why don't I love this person; why doesn't this person love me? Or why all these distractions, whether it be emotional, physical, or social, make it so hard to have a clear and focused connection with someone. And that doesn't necessarily mean someone I'm dating or anything.

Social media has a lot to do with that disconnection. What helps you stay connected to what matters?

I've started to meditate a bit. I've tried to do this thing where in the last 10 minutes of the day I won't be on the phone — kind of like my 2019 resolution, which I've completely botched at this point. But honestly, it sort of comes in waves. I'll be really good for a week or two. Writing music is always both a really good escape and it keeps me grounded in reality; it's so in-touch and raw. When I'm writing, I feel most connected to the truth — my truth. I can release the stress and enter another headspace where I don't have the capacity to think about emails and things like that. Isn't that nice? Maybe we'll all find our own version of that peace of mind someday.