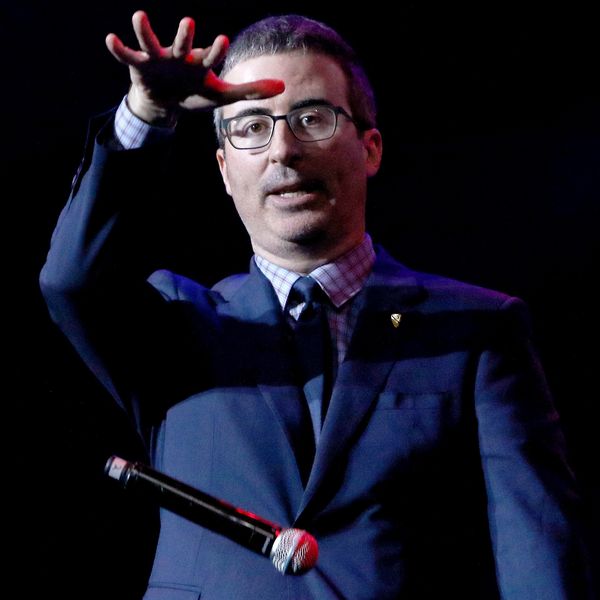 This is the news we wake up for: Author John Oliver wrote a children's book about a bunny named Marlon Bundo, based on the character created by vice president Mike Pence. The difference is Oliver made his Marlon Bundo bunny gay and fall in love with a boy bunny, and his version outsold Pence's and topped Amazon's bestseller list. This all happened hours before Pence's Marlon Bundo book hit shelves, which is pretty major.

It's a lot of bunny love that may or may not be a tiny jab at Pence's anti-LGBTQ policies. Also in Oliver's version, Pence (as the antagonist) is written as a stinkbug character.

Oliver's original print run of A Day in the Life of Marlon Bundo has since sold out, but he appeared on Ellen to confirm that, yes, more copies are coming and can still be ordered. Also, an audiobook is available featuring iconique guests like John Lithgow, Jesse Tyler Ferguson, Ellie Kemper, RuPaul, and others. More info about the book can be found at betterbundobook.com, an intentionally chosen domain by Oliver.


Also, Pence's family did post about the whole thing on Instagram because even they understand good PR when they encounter it. More soon on if this all magically means Pence will revise his less-than-oppressive policies.

Marlon Bundo (Pence) on Instagram: “@lastweektonight @iamjohnoliver Not gonna lie, I do look pretty fly in a bow tie. The only thing better than one bunny book for charity…”