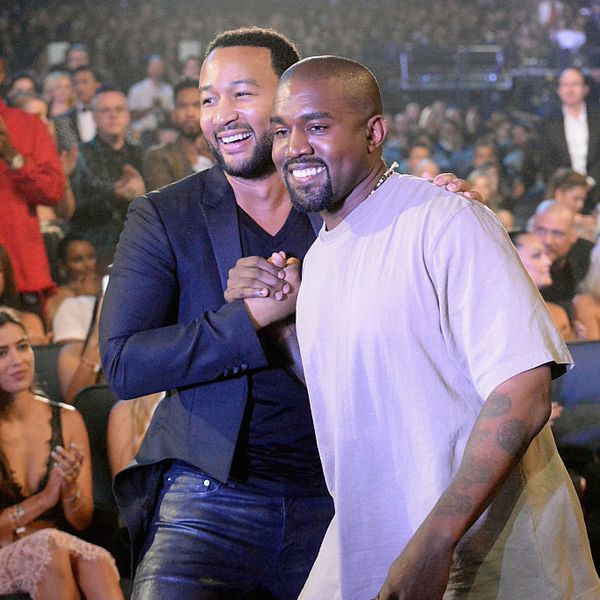 It's been a while since Kanye West first talked about wanting to run for president, but it's always been a question of whether the public should take him seriously. But now, his close friend John Legend said that it seems Ye wasn't kidding. "He said it multiple times," Legend said in an interview on the Dan Wootton Interview podcast. "I think he's serious."

He also says that it was Trump that inspired him to pursue his political ambitions. "He sees some aspects of himself in Trump and sees that Trump winning makes it feel like he could do it too," Legend said. Although Kanye's never spoken about what party he intends to run under, JL guesses that his friend intends to run independently.

The two music giants previously had a public disagreement regarding their political beliefs, with Legend asking his friend to "realign" himself and think about the message he's sending by sporting MAGA hats and showing support for Trump. He texted Kanye, in a message made public via Twitter, that "So many people who love you feel so betrayed." But the duo decided to make-up and agreed to disagree.

We got love. Agree to disagree pic.twitter.com/kaTcPYH0zL

Kim Kardashian West has previously addressed her husband's announcement for candidacy at the 2015 VMAs on Ellen DeGeneres' talk show, saying that she thought her husband was, indeed serious. However, Ellen and her audience didn't seem too convinced — especially since Ye admitted he was smoking something when he declared #Kanye2020.

And with a simple four-digit tweet in April, Kanye also has people speculating that he wants to run in 2024, after Trump supposedly finishes a second term.