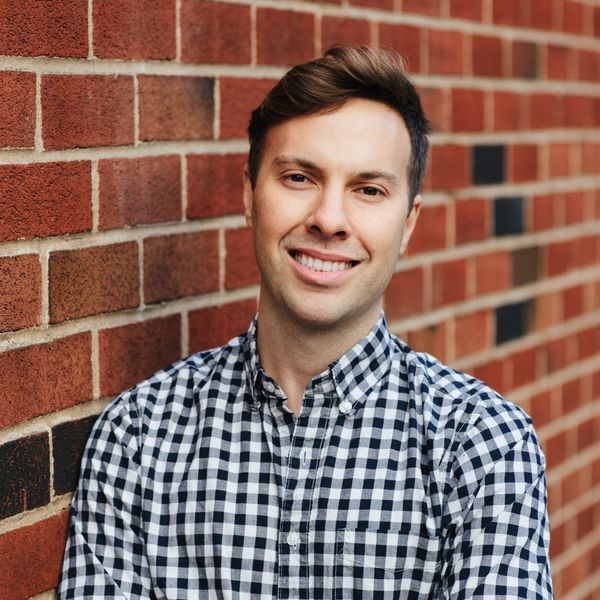 At 27, John Glynn had more feathers in his cap than most people his age: a promising editorial job at a prestigious New York publisher, an apartment in downtown Manhattan, and a coterie of loving friends and supporting family. But, despite the fortunate bingo, a pressing loneliness consumed him below the polished surface, looming over his shoulder even when surrounded by his loving circle of friends and family. It's with this loneliness that a growing displacement found itself festering until one summer, when he was asked to join a share house in Montauk.

Nicknamed the The End of the World, the surfer's haven at the tip of the Hamptons would serve as the optimal summertime locus for John and 31 friends, most of whom were strangers. After a three-hour trip from the city, John and his housemates would coalesce at their home, which has lovingly been nicknamed The Hive. Within their tightly woven friend group, secrets spill, drama escalates, and epiphanies unfurl over the course of what would be a formative summer for many, especially John, who finds himself confronting his sexuality for the first time when he falls in love with a fellow housemate, Matt.

In a memoir named Book of the Month by TIME, Entertainment Weekly, Cosmo, and Out, and a "Best LGBTQ Book of 2019" by Oprah Magazine, Out East, out now from Grand Central Publishing, chronicles an author's story of self-discovery, friendship, and love through a gripping, honest reflection that will resonate anyone who's undergone a transformation early on in life. After arranging and indexing all the feels we got from reading this book, PAPER chatted with Glynn about his revelation of a memoir, below.

Was there one singular moment, or did the idea to capture your formative summer in Montauk in a memoir gradually present itself to you?

It happened gradually, then all at once. I had spent a few summers in Montauk. For decades young people from the city have sought pleasure and escape in the Hamptons, cramming into beach houses and living communally to reduce costs. Our place in Montauk, which we called The Hive because its roof resembled a honeycomb, was just one in a constellation of share houses that together formed a specific — and narrative-rich — subculture. It felt like under-explored terrain in literature. So I knew I wanted to set a book in this world, and at first I thought it might be a novel. But then, having gained some distance from the dramatic, life-tilting experiences of my first summer, I realized it had to be a memoir.

Were there any memories or stories that you included in previous drafts that were eventually omitted? Conversely, were there any that you ended up including in the end?

You know, it's funny. As a book editor, whenever I work on a memoir, I almost always want to know more about the author's childhood. A strong origin story grounds the reader and amplifies the pay off. But in earlier iterations of Out East I wrote little about my own childhood and early adolescence, mainly because I didn't think it was eventful enough to merit scene work. My brilliant editor, Maddie Caldwell, reframed my thinking on this. My grandmother Kicki died the winter before I went to Montauk, but her spirit is a guiding force in the narrative. In subsequent drafts I wove in more flashbacks to my childhood, scenes with Kicki, my wonderful parents, and my hometown of Longmeadow, Massachusetts. I grew up surrounded every day by a huge pack of cousins and I found natural echoes between those relationships and the communal experience of the share house later on.

As for omitted material, of course! I spent countless hours gathering my housemates' stories from that summer and plumbing my own memory for narrative linchpins. But there were tons of stories that never made it into the book. We were all truly convinced, for example, that The Hive was haunted, but the best of our ghost stories belonged to an earlier summer and ultimately fell outside the book's scope. Other memories felt like they should remain just ours, too personal or inscrutable to share. But rest assured for every dramatic night depicted in the book there were probably ten other equally juicy subplots unfolding!

There are a slew of other people's memories you chose to include in the narrative, many of which belong to your fellow housemates like Ashley and Colby, and a few even catalog Mike and Shane's increasingly-turbulent relationship from their respective perspectives. Did involving your friends in the process change the idea of the book you thought it would become?

The book is structured into three parts, and I wrote the first section, which describes the dramatic events that led me to Montauk, in a white heat. But the moment I stepped into the share house the story was no longer mine alone. To fill out the rest of the narrative, I sat down with eight or nine housemates and gathered their stories, memories and impressions from that summer. Their perspectives challenged me to find the core truth of our collective experience and inspired me to write our story with a constant eye towards empathy. And while our friend group is privileged, more alike than we are different, we each contained a galaxy of experiences — fears, hopes and dreams that I felt were worth exploring. Beneath the polished exterior, my friends were grappling with universal issues — heartache, illness, death, depression, body image issues, struggles surrounding sexuality, and in my case in particular, loneliness.

Did you experience any trepidation approaching your friends and family with the news of this book? If so, how did you learn to coexist with it?

I brought my friends and family into the process early, so when I got a book deal, we all rushed to my neighborhood bar, The Cubby Hole, and celebrated. Still, it's one thing to share your memories with a writer, and another to see yourself as a character on the page of his book, to know that your stories are being used for specific literary ends. So yes, I was terrified. I love my friends so much and I wanted this book to commemorate a transformative moment in our lives. I had an obligation to capture the truth of our experience, but I also wanted the reader to see my friends as I do, with unconditional love, respect, and deep wells of compassion. When readers tell me "I love every single person in this book" or "I want to be friends with the Hive" I know I've done my job.

"Beneath the polished exterior, my friends were grappling with universal issues — heartache, illness, death, depression, body image issues, struggles surrounding sexuality, and in my case in particular, loneliness."

What is one new thing you learned about yourself while writing Out East?

That I'm a goddamn Gryffindor! But honestly the whole process has made me feel more fully human. I hope Out East makes the case for empathy. I always remind myself that everyone is trying their best. It's impossible to know the inner workings of someone else's heart, and so often we hide our darkest struggles from the outside world. I feel compelled to write and to live from a place of compassion and empathy.

A majority of nonfiction titles in the coming-out catalog chronicle coming out at a specific time period in one's life, however few, if any, hone in on what it's like struggling with your sexuality in your late twenties, a time that boasts its own unique set of struggles. What do you think are some of the most prevalent challenges of grappling with your sexuality during that particular time in your life?

I'm a late bloomer, what can I say! If there's one thing I've learned, it's that there's no right way to come out. Everyone's timing is different, and it's never too late for honest introspection. While I sometimes wonder what it would have been like if I had come out in my early twenties (holy shit, I bet it would've been a blast), I wouldn't trade my experience. In my late twenties, so many other aspects of my identity had already coalesced. Falling in love with a guy indelibly changed me, but I had the adult wherewithal to process it.

I was also lucky enough to grow up with a circle of friends and a set of parents that were loving and accepting, yet that didn't make coming out any easier. And, like you, it wasn't until I fell for a guy that I realized I needed to honor my identity. Why do you think coming out is still difficult even in an environment that seems to prove that it would be anything but?

For me the biggest challenge was navigating the intoxicating, often painful emotions of first love. At 27, I was experiencing something that most people endure in high school — the gutting euphoria of a first crush. It upended everything, and the fact that my object of desire was a guy carried broader implications for the way I might exist in the world. The rational part of me knew the people in my orbit would be accepting. But I was terrified that an authentic declaration would irrevocably alter my relationships. I loved my friends and family so much, and I felt like I was weighing those relationships against my one chance at true happiness. That summer I didn't pray for acceptance. I prayed that nothing would change.

Who are some other writers — specifically memoirists — that have influenced you?

While I was working on Out East I carried three books with me. Just Kids by Patti Smith, Another Brooklyn by Jacqueline Woodson, and Call Me By Your Name by André Aciman. Every time I sat down to write, I'd read a few pages from each. I'm in awe of Patti Smith's effortless, unadorned, visually precise sentences. Jacqueline Woodson is an expert with place, memory and nostalgia. And no one choreographs the elaborate dance of human intimacy better than André Aciman.

As of writing this, your book has already received so much advanced praise, from being written up in reputable publications like TIME, Entertainment Weekly, and O Magazine, to being selected as an Indie Next pick for May — and it's not even out yet! What was your first "pinch me" moment?

You know, I was so elated just to receive a book deal, that everything else has been gravy. But I was floored by the Indie Next pick. Independent booksellers are the lifeblood of the reading world, and each month they select their favorite books for the Indie Next list. It's a total dream to be embraced by a community I love and respect so much.

I write at night and on the weekends, but by day I'm an editor at Hanover Square Press, a new imprint of Harlequin/HarperCollins. I'm constantly dazzled by the talented writers on our list and the ambitious books we're publishing. I keep telling myself that if I never write another book again, I'll be okay with that. But the urge to write is primal, I'm learning. For my next project I'm sparing my friends and turning to fiction.

Out East is available for purchase here.