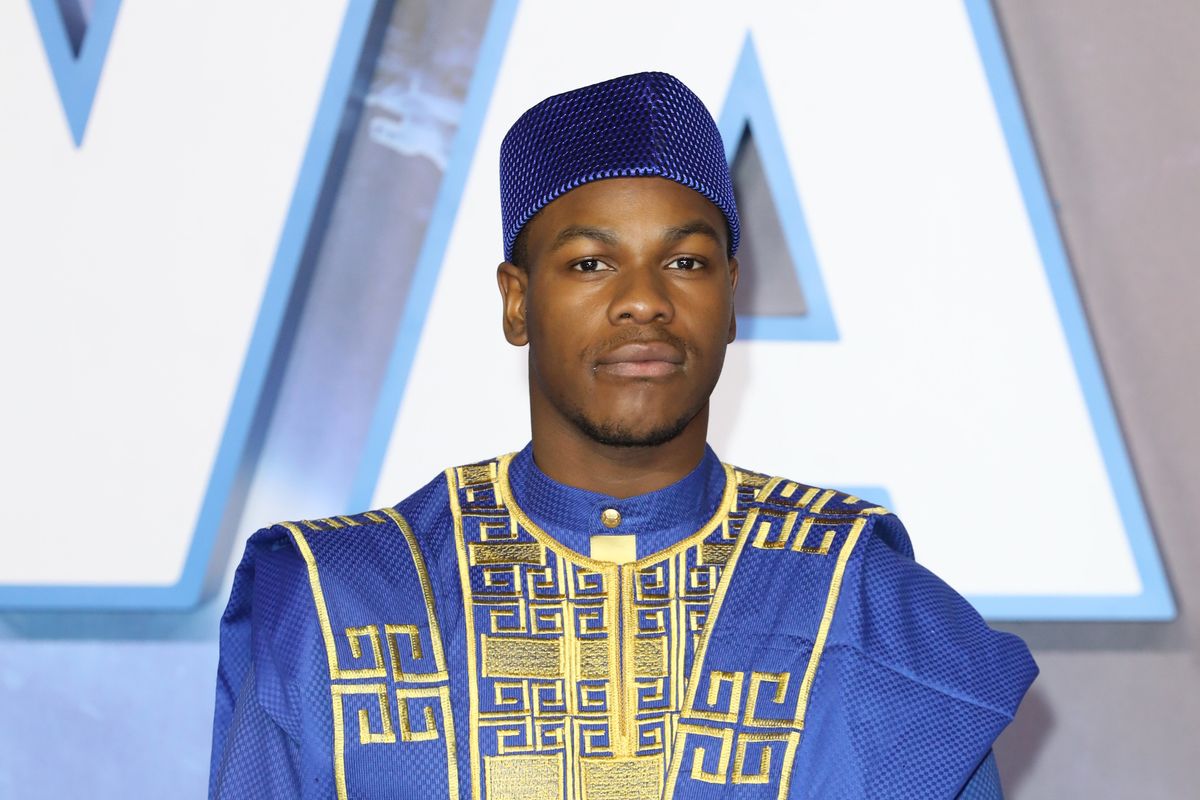 John Boyega Talks About Being Sidelined by 'Star Wars'

In his first major interview since Disney wrapped up the Star Wars reboot with a movie that was considerably worse than even Phantom Menace, John Boyega had a few things to say. After making headlines for leading British Black Lives Matter protests in London over the past few months, the acclaimed actor sat down with British GQ and got candid about how the beloved franchise let him, his character, and his audience down.

Let's rewind a little to 2015, when The Force Awakens came out with the promise of a rejuvenated, woke Star Wars movie. Daisy Ridley's Rei was given a lightsaber within a matter of scenes. Boyega's Finn looked like he might just get Jedi powers too. Both of these facts alone were huge for a sci-fi institution that has a dubious record at best when it comes to casting women and people of color in leading roles. In the second movie of the sequel trilogy, helmed by Rian Johnson, we got to see Boyega and Kelly Marie Tran command a major subplot — Marie Tran in particular facing backlash from racist and sexist fans during her subsequent press run.

By 2019, though, Adam Driver was clearly the star of this generation's Star Wars. And no shade to a great actor, but this wasn't what Boyega or any of us was promised. "I would say to Disney is do not bring out a Black character, market them to be much more important in the franchise than they are and then have them pushed to the side," Boyega told GQ of how he was sidelined by the scriptwriters. "It's not good. I'll say it straight up."

These conversations and me sharing isn’t about a witch hunt. It’s about clarity to an anger that can be seen as sel… https://t.co/5xmRHnCYwq
— John Boyega (@John Boyega)1599047380.0

He added that everyone working on the production could see what was happening and did little to stop it: "Like, you guys knew what to do with Daisy Ridley, you knew what to do with Adam Driver. You knew what to do with these other people, but when it came to Kelly Marie Tran, when it came to John Boyega, you know fuck all. So what do you want me to say? What they want you to say is, 'I enjoyed being a part of it. It was a great experience...' Nah, nah, nah. I'll take that deal when it's a great experience. They gave all the nuance to Adam Driver, all the nuance to Daisy Ridley. Let's be honest. Daisy knows this. Adam knows this. Everybody knows. I'm not exposing anything."

Related | The Force Is Strong With John Boyega

Boyega linked his experience to that of other Black actors in major blockbusters, who too often find themselves playing stereotypical sidekick roles. "They're always scared," he said of studios and casting directors. "They're always fricking sweating."

Overall, being the first Black Stormtrooper doesn't sound at all worth it. "I'm the only cast member who had their own unique experience of that franchise based on their race," Boyega continued. "Let's just leave it like that. It makes you angry with a process like that. It makes you much more militant; it changes you. Because you realize, 'I got given this opportunity but I'm in an industry that wasn't even ready for me.' Nobody else in the cast had people saying they were going to boycott the movie because [they were in it]. Nobody else had the uproar and death threats sent to their Instagram DMs and social media..."

So there you have it: the truth. Hitting out at Disney is a big deal, so let's protect this man at all costs. @Hollywood, hire him! And make it worth his while.