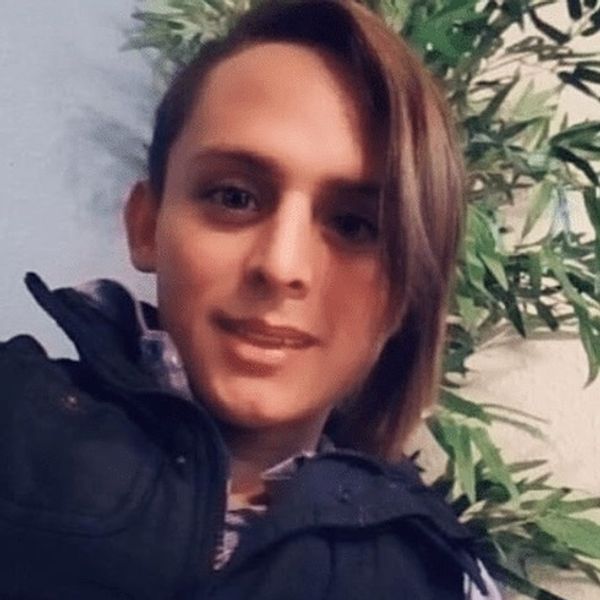 Over the weekend, 25-year-old Johana Medina Leon died at Del Sol Medical Center in El Paso, Texas. A trans woman seeking asylum from El Salvador, she had been in Immigration and Customs Enforcement (ICE) custody for more than six weeks.

Following Leon's death, the New Mexico facility she was previously held in is drawing mounting scrutiny, having faced ongoing allegations of mistreatment of gay and transgender detainees.

Last Tuesday, Leon, who was called "Joa" by friends, complained of chest pains while in an ICE detention center in New Mexico. The Washington Post reports that she had been taken to the hospital, after also having requested an HIV test, which came back positive. Leon was paroled from custody the day she went to the hospital, meaning she was released with agreed-upon conditions with the government, ICE officials confirmed.

ICE officials said Leon was taken into custody after presenting herself on April 11 at the Paso del Norte Port of Entry in El Paso. Last month, she reportedly passed an interview to determine whether or not she had a credible fear of persecution if she was returned to El Salvador. NBC News said that Leon feared persecution for her gender identity, a fear shared by many trans people in the Northern Triangle due to widespread gender-based violence. Leon's safety wasn't guaranteed at the Otero County Processing Center in New Mexico where she'd been held. Activists and lawyers affiliated with the American Civil Liberties Union (ACLU) and the El Paso Dreamers Project report multiple claims of physical and verbal abuse from gay and trans detainees. Making matters worse, The Center for American Progress also documented last year that LGBTQ migrants are 97 percent more likely to be sexually assaulted than other detainees.

"This is yet another unfortunate example of an individual who illegally enters the United States with an untreated, unscreened medical condition," Corey A. Price, field office director for ICE Enforcement and Removal Operations in El Paso, told the Washington Post. "There is a crisis at our southern border with a mass influx of aliens lured by the lies of human smugglers who profit without regard for human life or well-being. Many of these aliens attempt to enter the United States with untreated or unknown diseases, which are not diagnosed until they are examined while in detention."

Leon's tragic death echoes that of a trans woman named Roxsana Hernández, an asylum seeker from Honduras who died at age 33 last May while in ICE custody of an AIDS-related complication called multicentric Castleman disease. Hernandez had also been held in New Mexico, at the Cibola County Correctional Center, and died in Albuquerque. On Friday, The Transgender Law Center sued ICE and the Department of Homeland Security on Friday over allegations of illegally withholding information about Hernández's death.

"Today, we mourn Johana, and renew our pledge to seek justice for her, for Roxsana, and for all Black and Brown trans women detained in migrant prisons," the advocacy group added.

In a statement about Leon's death, Familia, a trans queer liberation-focused movement organization said that ICE's actions are "unconscionable."

"According to people who knew her, Johana pleaded for medical attention, which was repeatedly denied by ICE... We demand that ICE immediately release all trans and queer immigrants," the statement reads in part. "It is clear that ICE poses and a clear and present danger to all immigrants in their detention centers. We demand justice for Johana."

To support the work of trans liberation initiatives seeking justice for Leon and Hernández, and countless Black and Brown people like them impacted by systemic, state-sanctioned violence, donate to Familia: TQLM, the Transgender Law Center, and TransLatin@ Coalition, to name a few.