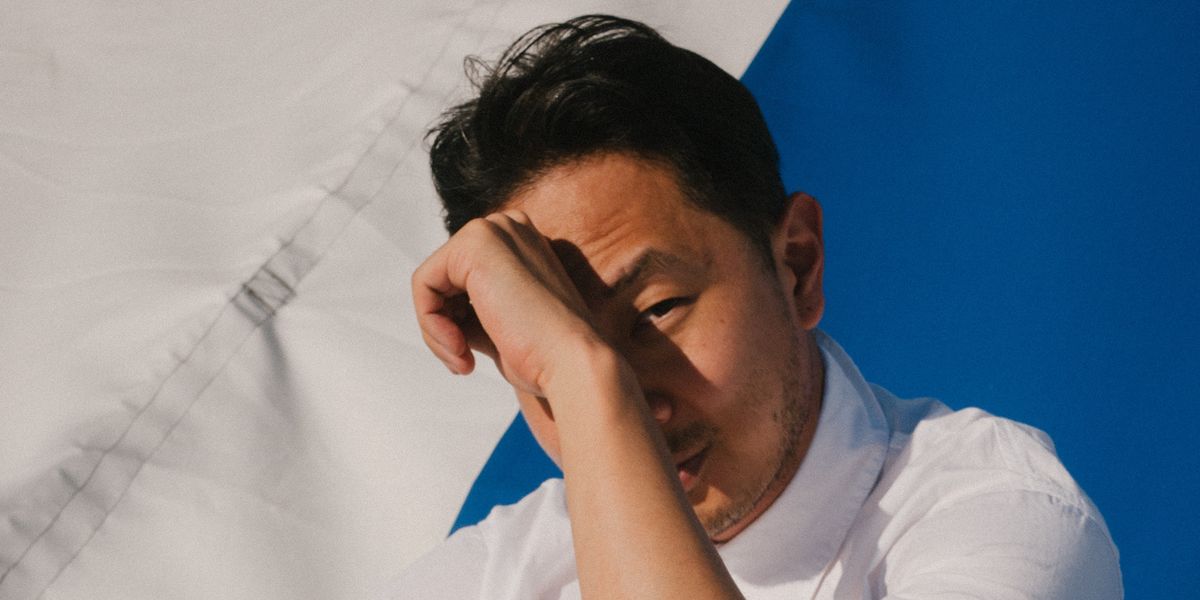 Joel Eel Knows Love Can Feel Like 'Performing A Crime'

Korean-Canadian producer, Joel Eel, knows that for centuries philosophers, writers, artists, and musicians have all mused on the subject of love to the point where every possible angle seems like it has been exhausted. However, Eel isn't a student of Plato but rather one of Usher, interrogating how love can bloom on the dance floor.

His latest EP, Performing A Crime, explores the many complex nuances of late night romance through a techno lens. A sonic mix of Tiga and Boys Noize, Eel brings a cerebral edge to his acid-inflected warehouse rave sound. The EP's title track centers on the fragile nature of communication in a relationship can be, how dual-meanings can become quickly distorted or misconstrued in such intimate settings.

In the video for "Performing A Crime," Eel reflects on technology as an interface for communication and how that can easily exacerbate misunderstandings. A double-edged sword, we see fingers cut on shattered iPhones, burning roses, and leather harnesses next to silver crosses dramatizing the hard and soft duality of Eel's subject matter.

We caught up with Joel Eel learn more about "Performing A Crime" and to get an exclusive glimpse at the making of the video:

What is "Performing A Crime" about?

"Performing A Crime" is a concept of how being in love, can feel criminal in and of itself. It is the observation of how two people intimately in love, exchanging a conversation that can result in misunderstanding — emotions become reactionary and eventually overpower the positive motive of one's intent. The music video explores how these interactions take place through the lens of social media.

What was the process of making the video like?

The video required a bit of preparation and planning — I wanted to ensure the objects appearing in the video would symbolize what love could feel like.

My friend James Kachan (Director of Photography), and I would meet once a week to ensure the vision was very thought out. I built a grid matrix to help organize the key visuals for a number of themes. By doing this, it allowed me to analyze which objects would work best to symbolize interactions that fell into behaviours life before/after social media. Some of the interactions lived comfortably in both criterias.

While storyboarding the video, the thought of not using any special effects (3D, or heavy use of motion graphics) crossed my mind, particularly for the typography. I asked Sophia Oppel (Visual Artist), to create a few typography pieces from the lyrics — adding texture to the narrative. For awhile she has been creating these plexi pieces, with distorted typography lasered into them.

A lot of the imagery in the video feels very loaded, what sort of themes and ideas were you working with?

The grid was split into categories of Self love, Performing, Crime, and Vulnerability. I suppose all of these ideas can visually translate into some pretty deep feelings.

What do you hope people take away from "Performing A Crime"?

Possibly some form of reliability or emotional response? I think a lot of song writing leans towards the parts of falling in love, or heartbreak. They appear in the beginning and at end of a relationship. But there's a middle part where things feel uncomfortably distorted. It's the most vulnerable form — by letting go of your barriers and feeling like you've done something wrong. 🌹📲💔

Watch the premiere of "Performing A Crime" below off the EP of the same name out now: