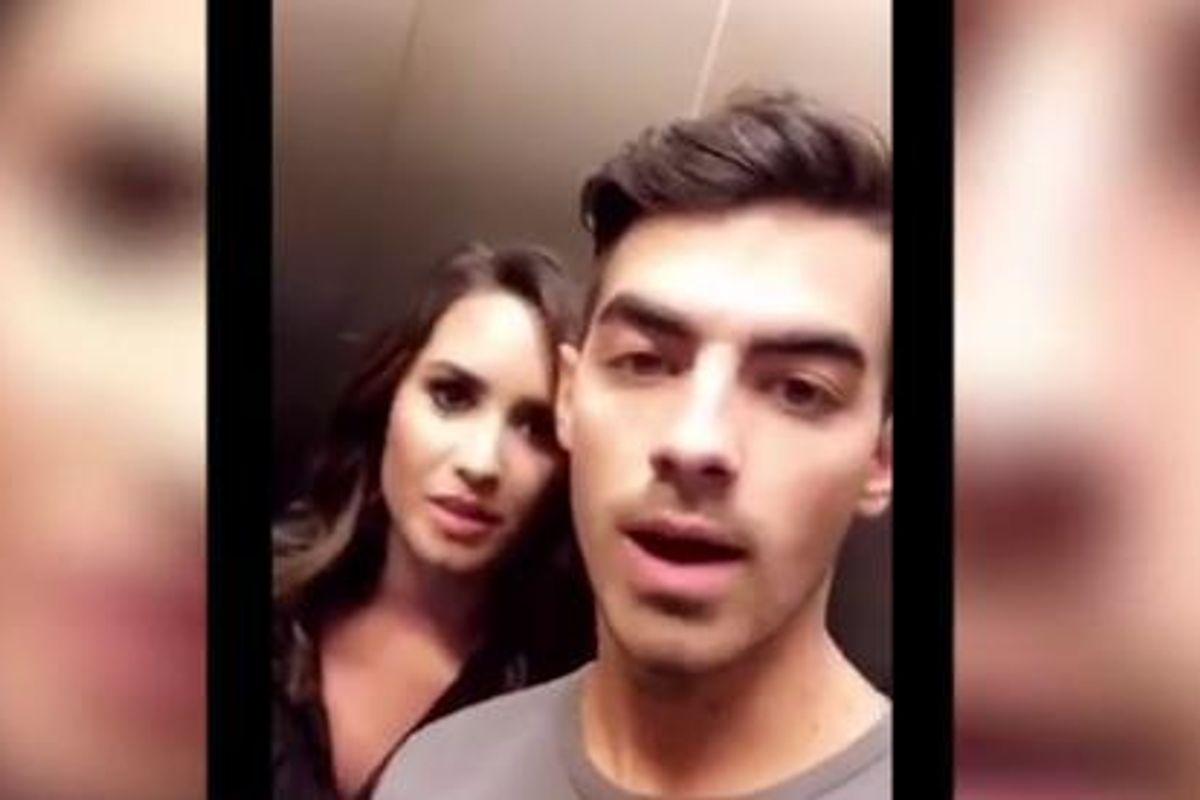 In the most recent "young notable millionaires stuck in an elevator" news, Demetria Lovato and Joe Jonas were stuck in an elevator for four hours on Thursday, in Los Angeles; that beats Kylie and Kendall's 20 minutes by...three hours and 40 minutes.

Lovato and Jonas, who previously dated, were set to take the stage at L.A. Live later that night, and experienced a cosmic halting of their frenzied lives, documented on Joe's Snapchat.

Jonas was in tow with his band DNCE (pronounced Deh-nssswnuqsqnsdqodoedk), including that Fat Jew-esque bass player.

Unclear if the publicists for every celebular with a roving teen fanbase have prioritized getting stuck in an elevator and documenting it on their socials this month...