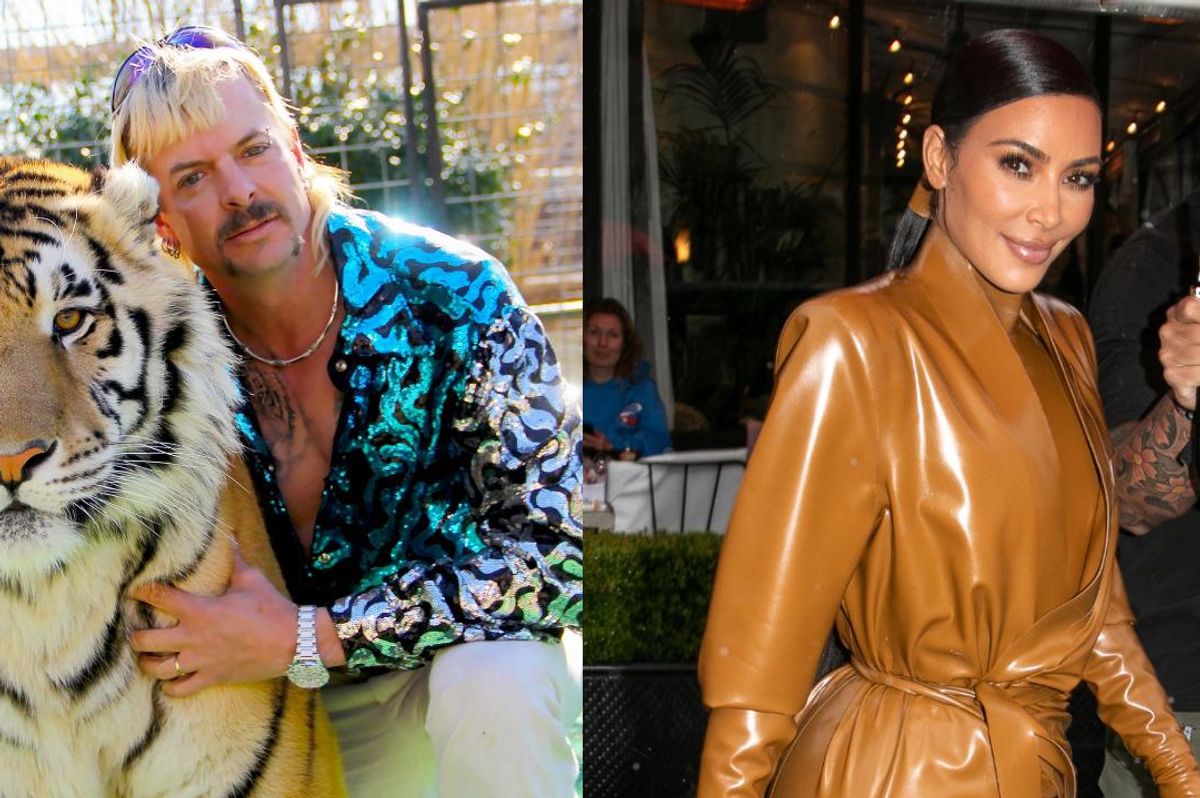 Lawyer-to-be Kim Kardashian has worked with the Trump administration to pardon numerous low-risk and first-time offenders, most of them Black women convicted of non-violent crimes. Now, Netflix celebrity (and not particularly stand-up guy) Joe Exotic is reportedly asking for her help to commute his sentence.

ET obtained the handwritten letter, dated November 4, that Exotic wrote to Kardashian from prison. He is currently serving 22 years for plotting a murder-for-hire against longtime nemesis and animal rights advocate Carole Baskin.

"I know you have never met me and may never want to however I do believe that you hold the values of our justice system dear to your heart," Exotic explains. "I am writing you this letter not as Joe Exotic but as the person Joseph Maldonado-Passage, asking you to please help me by just taking 10 minutes out of your life and placing a call to President Trump to look at my 257 page pardon it's all the evidence I'm innocent and ask him to sign my pardon so I can return home."

It's not as far-fetched a plan as it may seem. Kardashian, like many of us, watched Tiger King during quarantine, and even expressed interest in the documentary's reveal that Baskin is widely accused of murdering her former husband to her followers on Twitter.

For Halloween this year, Kardashian and BFF Jonathan Cheban (Kanye apparently didn't tune in to the Netflix event of 2020) dressed up as Baskin and Exotic respectively. Her kids with Kanye were costumed as tigers. Hopefully Big Cat Rescue ones, because Exotic stands accused of euthanizing animals at his dodgy roadside zoo.

Kardashian has not publicly responded to Joe Exotic's letter, but she does have some extra time on her hands after the annual Kardashian Christmas party got canceled due to COVID-19.

Maybe this awful year will end with Trump pardoning an objectively reprehensible criminal, with help from the most famous woman in America. Sounds about right.