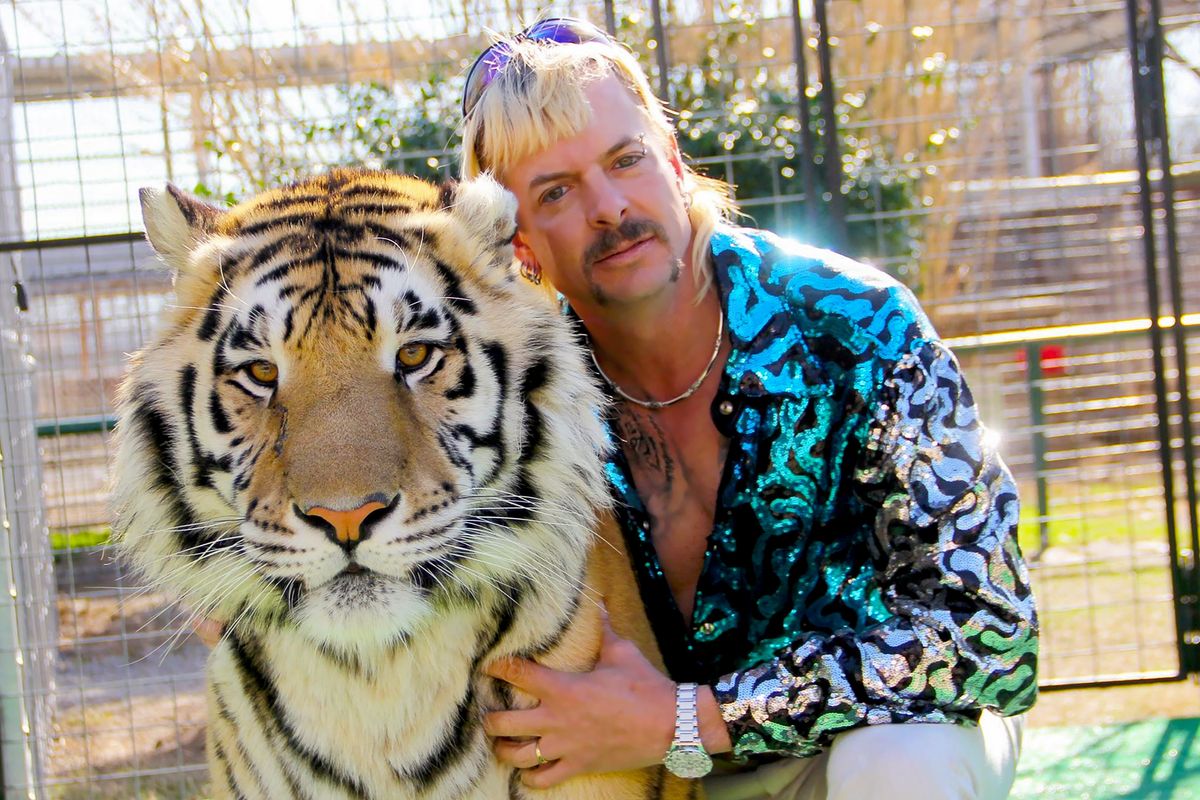 Another day, another recently unearthed Tiger King side-plot. This time though, it apparently involves an unexpected connection between Joe Exotic and Michael Jackson.

Though it's only been a week-and-a-half since the docu-series hit Netflix, more and more bizarre tidbits continue to emerge about Exotic and the other exotic animal collectors in his circle. From a strange link between Doc Antle and Britney Spears to the revelation that Exotic didn't actually write his songs, the internet has continued to dig up details that didn't make the final cut — including this latest story.

As viewers of the show know, a suspected arson at the G.W. Exotic Animal Park in 2015 led to the destruction of a recording and production studio for Exotic's reality show, as well as the death of several alligators and crocodiles that lived on the other side of the wall.

However, what didn't get mentioned in Tiger King is that one of the alligators that died in the fire was previously owned by the controversial musician.

"The building can be replaced the equipment can be replaced but Michael Jackson's alligators cannot be replaced," Exotic told Fox affiliate KXII at the time. He reportedly went on to say a second alligator that used to belong to Jackson also suffered severe smoke inhalation and was in recovery.

Granted, while some internet sleuths were initially skeptical of Exotic's claims, his former "husband" John Finlay recently appeared on Lights Out With David Spade and confirmed that the assertion was true.

But then how exactly did the animals come to be in their possession? According to Finlay, "one of the previous managers had gotten us Michael Jackson's alligators from Neverland Ranch." Talk about wild.

Watch his entire interview, below.