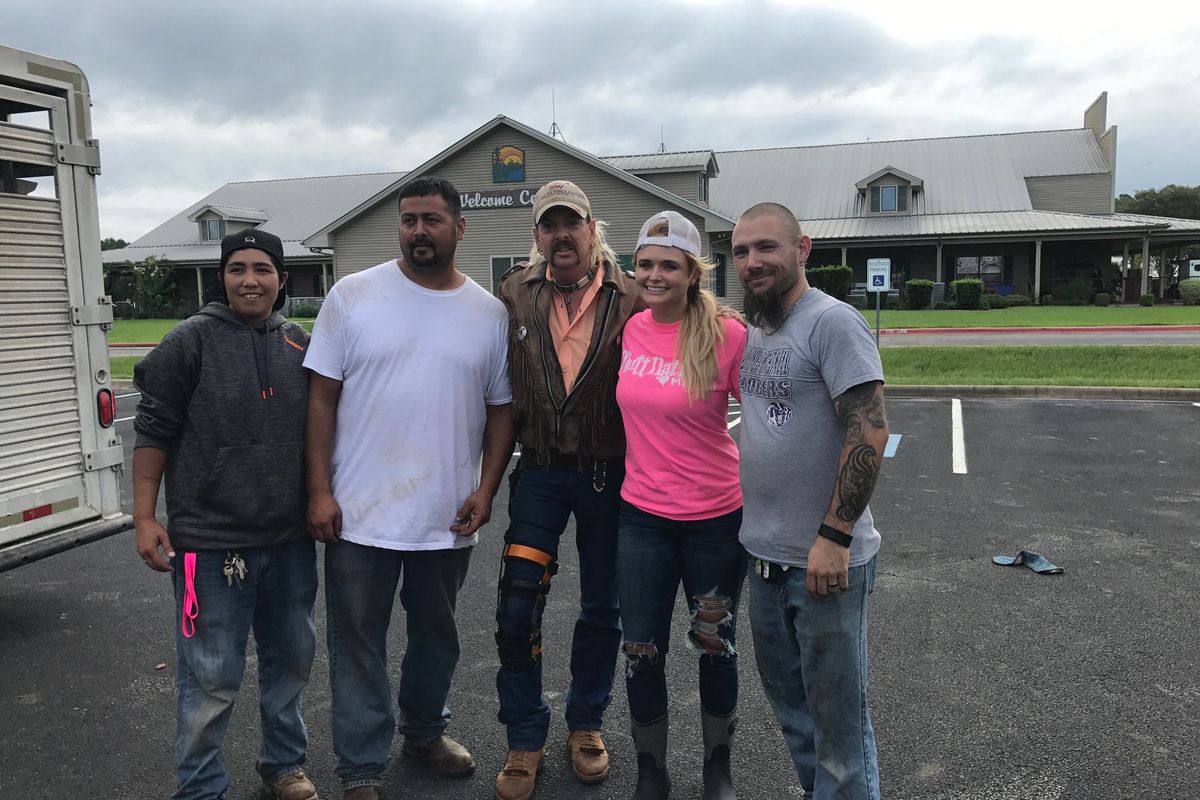 Miranda Lambert, one of country music's brightest stars in recent years, is coming forward with new photos and stories about the ever enigmatic Joe Exotic, the most popular character from Netflix's hit show Tiger King. The duo don't have much history, but there's history nonetheless — they worked together to help relocate shelter dogs during Hurricane Harvey.

"Here's a little Monday memory for y'all," the singer and activist shared on Twitter earlier this week alongside a series of laughing face emojis and the distinctive hashtag, "#WayTooPrettyForPrison." Soon after sharing the photos, she replied to the thread with the full story behind why she posed in photos with John Finlay, Saff, and of course the Tiger King himself, Joe Exotic.

Apparently, Exotic volunteered one of his trailers and some staff members for Lambert's MuttNation Foundation during the devastating 2017 hurricane that ripped through the southern United States. Instead of being used for the transportation and alleged illegal interstate trading of exotic animals, the trailer was used to transfer animals to safety from local shelters affected by the storms and catastrophic flooding. Lambert is an outspoken animal lover, and although she's all smiles with Exotic in these photos, she makes sure to note that she would never and will never condone the actions of the convicted criminal.

"I've never been to his zoo and I didn't even know he had tigers. OBVIOUSLY I'd never condone animals being treated badly," the MuttNation founder noted in her post. Despite her accompanying statement, the photos are still a cool time capsule pre-Exotic's arrest in 2019 for his murder-for-hire scheme against rival Carole Baskin and the killing of five tigers.