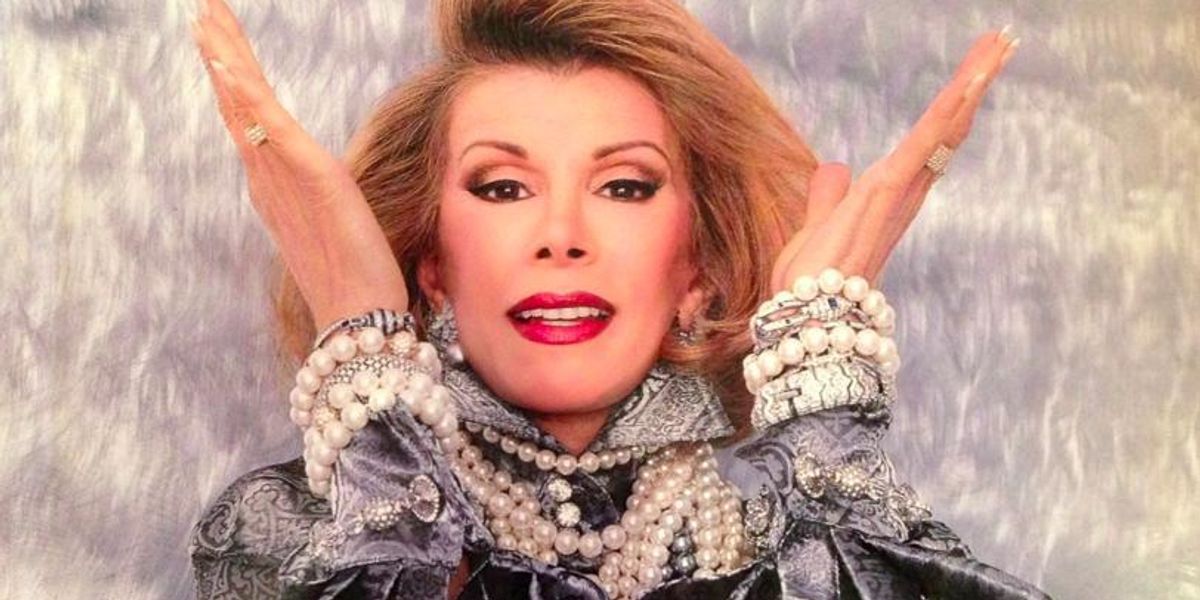 The Shimmering Diamonds of Joan Rivers Are Being Auctioned At Christie's

It's been almost 2 years since the passing of The Duchess of Manhattan, Joan Rivers, and it still fucking sucks.

However, we now get a little re-acquittance with Ms. Rivers, as Joan's only daughter, Melissa Rivers, announced to the New York Times that her mother's diamonds and other sprawling Upper East Side penthouse belongings (including a Tiffany's dog bowl) are being auctioned at Christie's.

"The sale offers a through the keyhole experience for fans across the globe," Melissa said in her statement. "The auction celebrates her elegance and collecting style. There is something to suit every taste and budget."

Hmmm, the Times is saying estimates go from $500-$200K, so I wouldn't go thaaaaaat far, Mel, but the sentiment is there.

All other proceeds go to the charities God's Love We Deliver and Guide Dogs for the Blind.

I hope Joan cackles her way through the whole auction from Heaven; no outfit is safe, even from beyond the grave.