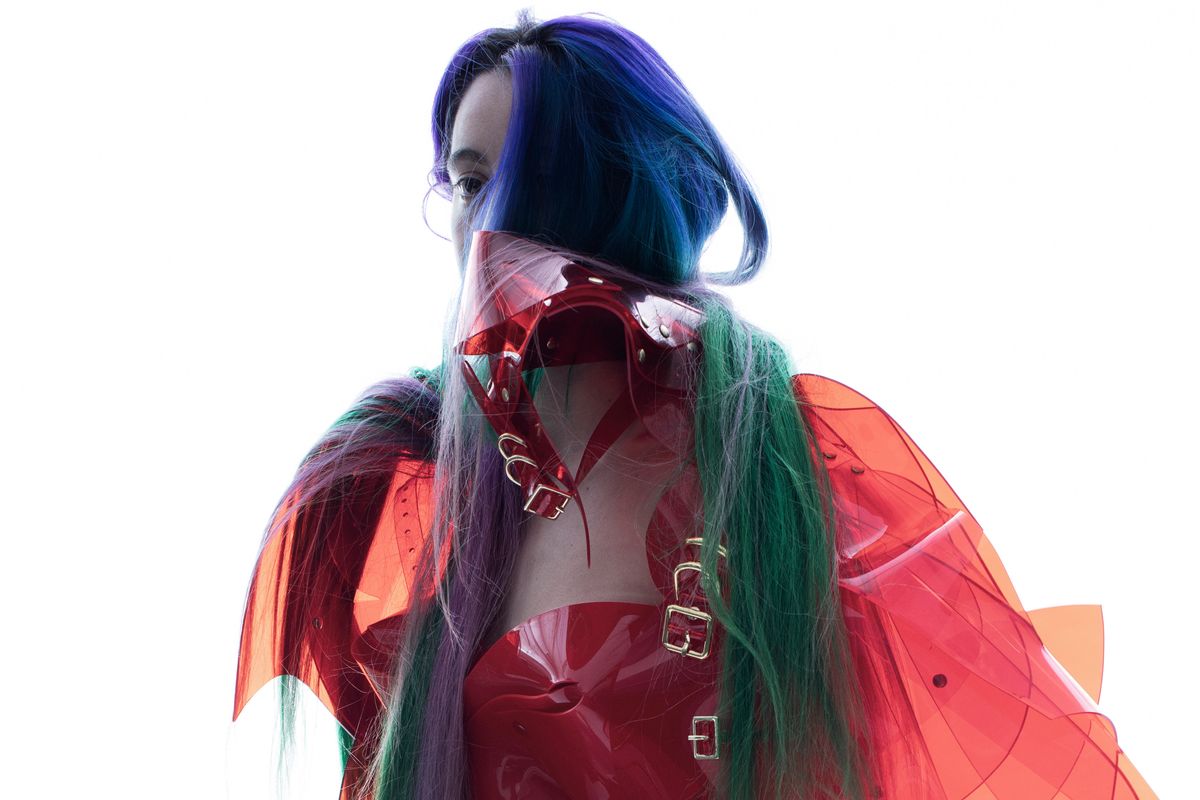 These PVC Designs Are a Futuristic Homage to Female Warriors

If there's one thing we love, it's an sleek, eye-catching look that transcends conventional design norms — and if there's someone who knows how to nail this, it's Jivomir Domoustchiev.

Already a favorite of subversive fashion icons like Christina Aguilera, Ashnikko, Uglyworldwide and Nicki Minaj, the London-based designer has become known for his sculptured silhouettes that celebrate the beauty of the female form. Often rendered in PVC and vinyl, Domoustchiev's fantastical, futuristic designs also take ample inspiration from modern architecture, automotive design and his own extensive travels.

His latest collection is no exception. A nod to the legendary female warriors who belonged to the Japanese nobility, Domoustchiev said that he created the eye-catching Onna-Bugeisha range as an "homage to all the inspirational, powerful, determined, woman" he is surrounded by.

"I came across this in my research having never heard of the existence of female samurai, and it just fitted in perfectly with my design aesthetic and silhouette," he explained, adding that these pieces were inspired by everything from fetish harness dresses to kimono-esque layered coats. "The designs evolved around this eclectic silhouette. Each piece should stand alone, but also allow itself to be over-mixed, able to be worn with anything."

Modeling the collection is Marta Del Rio, who recently styled Lady Gaga's "Stupid Love" music video and Chromatica album artwork. "I was in New York before the lockdown with the new collection and I asked my friend Marta Del Rio, who is an inspiration with her obsessive hunger for life and self-expression if she would model for me and voila," Domoustchiev said. "The collection came to life."

In celebration of the release, Domoustchiev is giving readers an exclusive 20% discount (code: PAPER2020), which is valid through the end of April on jivomirdomoustchiev.com. So start picking out your pieces with our preview of the Onna-Bugeisha collection, below.