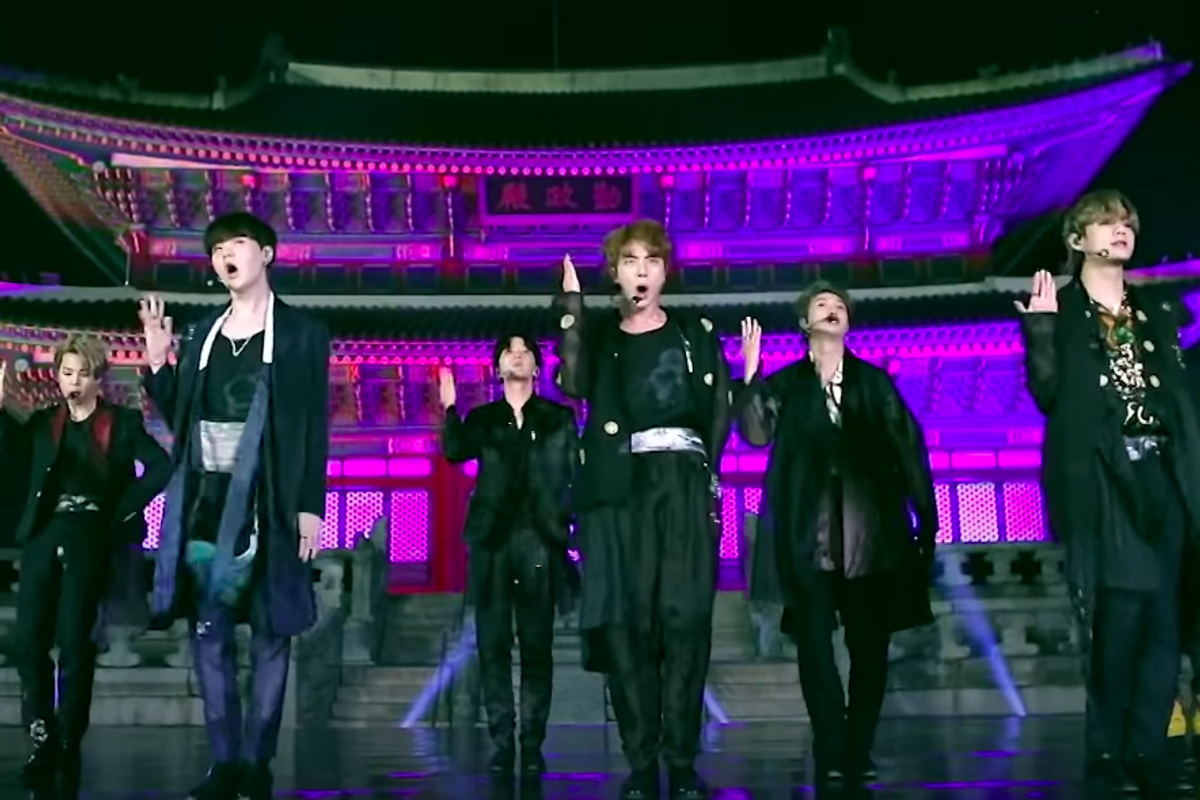 The first night of BTS' weeklong residency at The Tonight Show Starring Jimmy Fallon kicked off on September 28 with a virtual bang. Performing "Idol" from in front of Gyeongbokgung Palace in Seoul, South Korea, the septet — made up of RM, Suga, Jimin, J-Hope, V, Jin and Jungkook — brought their signature cinematic flair to the show, sparking wave after wave of excitement from the watching audience.

But their show wasn't the only thing that left people talking — also a new, intriguing look for Jungkook.

Draped in mostly black overcoats, BTS made the palace their stage with their high-energy performance of "Idol." Frequently switching places and bouncing around enough to give a grandmother vertigo, they created a routine of seamless transitions and intricate movements. With rapidly flickering lights matching their collective intensity, they set off the first night of their residency on a super-charged note.

Fans loved the performance, but what they really focused on was the fact that Jungkook now has a man bun. From expressing emotions such as screaming to being about to pass out, supporters were amped to see this new direction.

Jungkook had switched things up from a previous performance of the night. With another, more traditional hairdo in a show alongside host Jimmy Fallon and his house band The Roots, he played his part in BTS' display of "Dynamite."

The world awaits the next nights of the residency to see exactly what new stops that BTS will pull to surprise fans. There could be more hair-raising (literally) bombshell reveals around the corner.