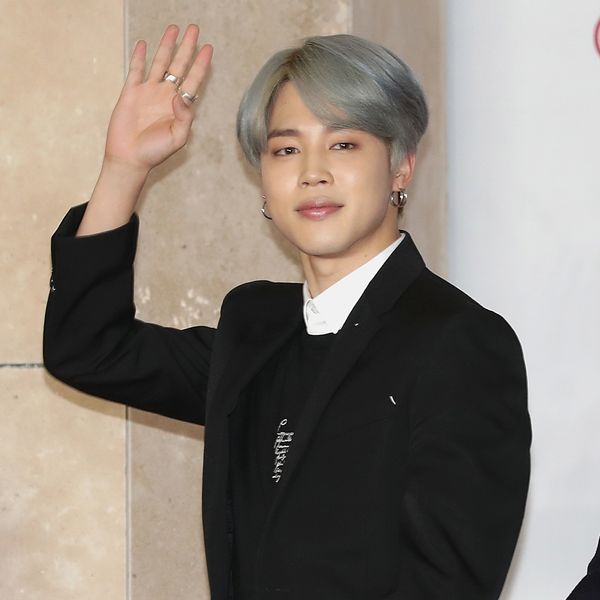 Following Disney's announcement that Beyoncé protégé Halle Bailey would play Princess Ariel in the live-action remake of The Little Mermaid, fans are calling for one particular member of BTS to be cast as Prince Eric.

As Next Shark reports, with a Black Ariel on board, the internet-at-large is eager to see even more diversity. The next step? An Asian Prince Eric — with names like Ross Butler, Charles Melton, and Remy Hii currently floating around. That said, it seems as if the BTS Army has already found their ideal prince — and his name is Jimin.

As a cursory search of the terms "Little Mermaid" and "Jimin" shows, countless fans are eager to see one of their boys cast in the upcoming production.

"OMG DISNEY'S ACTUALLY DOING A LIVE ACTION LITTLE MERMAID," as one Twitter user wrote. "I BEG OF Y'ALL TO CAST PARK JIMIN AS PRINCE ERIC I BEG." Meanwhile, others began uploading comparison photos between Jimin and the 1989 cartoon version of Prince Eric, adding captions like, "prince eric? i think you mean park jimin," to their posts.

Needless to say, ARMY makes a pretty strong case — after all, in addition to being a top-notch performer, Jimin definitely has those dreamy Disney prince looks. Check out some of their tweets, below, to see for yourself.

We got a black Ariel! Can we get a Korean prince Eric? Come on Prince Jimin! pic.twitter.com/HBsqSffe4v

If Jimin isn’t cast as Prince Eric in The Little Mermaid I’m not watching pic.twitter.com/RHgN6IJhDl

My whole tl is Jimin as prince eric from the little mermaid and I- pic.twitter.com/9deF0KhAXk

Yooo gimme prince jimin as prince eric and lizzo as Ursula, We gettin a poc cast for the little mermaid or im gonna lose my shit pic.twitter.com/bytTF7elog