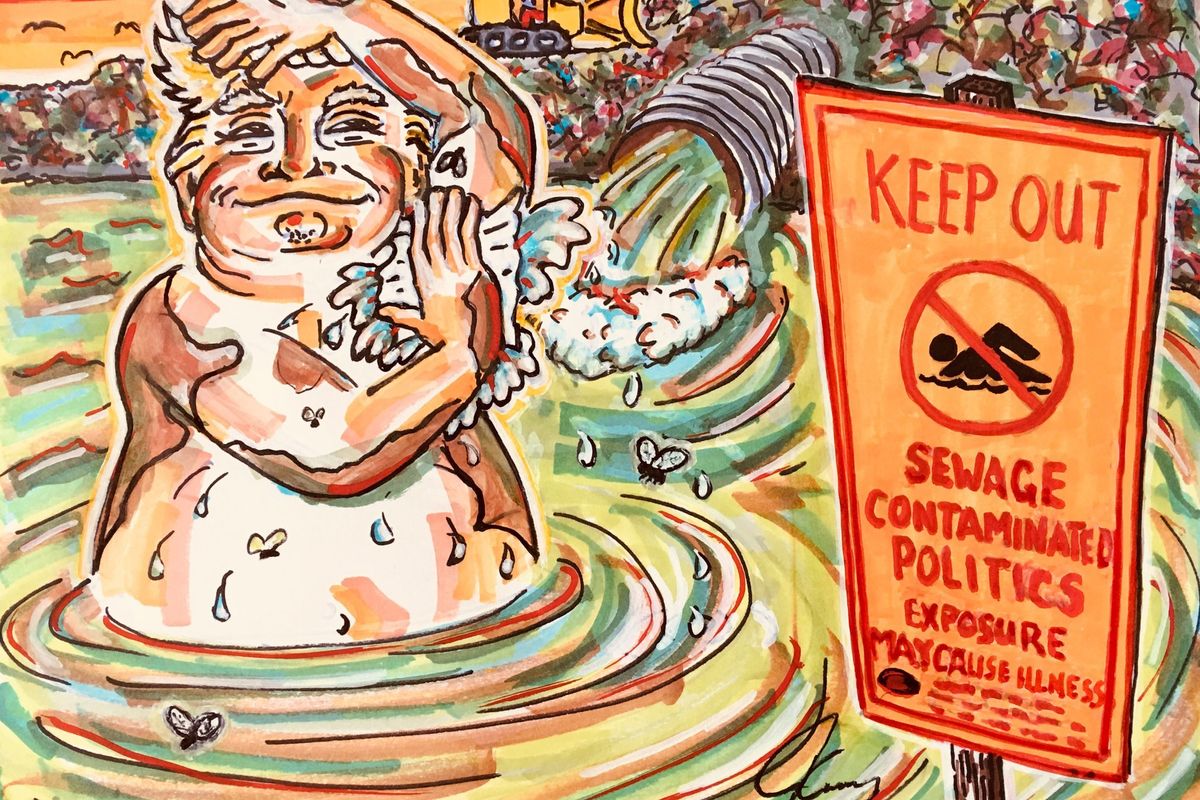 Jim Carrey is Putting on a Political Art Show

Jim Carrey has been on an artistic roll on Twitter. The Canadian-American actor has been posting some of his latest work on his official account, and it has Trump all over it.

Carrey's always been vocal about where he stands politically, and it couldn't be any clearer with his art. He's been tweeting photos of his artwork over the past couple years, but it wasn't until recently that he's caught a ton of media attention when he pitched the Smithsonian National Portrait Gallery for the official portrait of our 45th president. He calls the piece, "You Scream, I Scream. Will We Ever Stop Screaming?"

Dear Smithsonian National Portrait Gallery @NPG, I know it's early but I'd like to submit this as the official portrait of our 45th President, Donald J. Trump. It's called, 'You Scream. I Scream. Will We Ever Stop Screaming?' pic.twitter.com/LrCmlXXpv7
— Jim Carrey (@JimCarrey) March 29, 2018

Over the course of the past couple of weeks, he's also posted a morbid painting of Donald Trump, Jr. and Eric Trump, Trump bathing in sewage, Trump having sex with a blonde (who may or may not be Stormy Daniels), Trump as a sweaty truck driver, and Trump as the Wicked Witch of the West.

This hasn't been the only time Carrey's been radically political with his art. He's actively been channeling his anger and frustrations over current issues on canvas. He's painted portraits of Mark Zuckerberg, Marco Rubio, Rick Gates, Paul Ryan, and several other familiar controversial faces. A lot of his more symbolic abstract work is also extremely politically-charged.

The Dumb and Dumber star's work is a lot to take in, but still we can't wait for whatever absurd painting comes next.