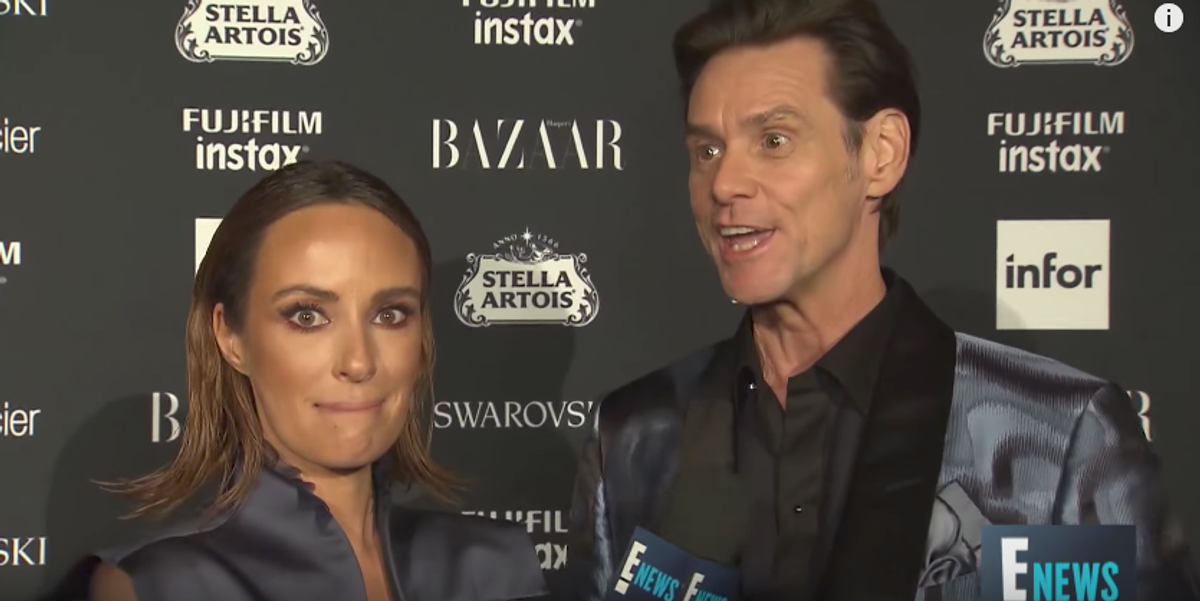 If you've been particularly pressed this season about attending the hottest events this fashion week, only to not get in to Wang's Bushwick extravaganza or make the Jeremy Scott after party cut, take comfort in Jim Carrey's reminder that none of this — particularly fashion week parties — matters whatsoever. In fact, as he reiterated several times to E! host Catt Saddler at the Harper's Bazaar Icons party, everything is entirely devoid of meaning altogether.

Carrey, who reassures his interviewer he is doing "just fine" when she asks if he needs a date to the party, dives right in and decides to pull the red carpet out from under Saddler altogether, in a move reminiscent of Fiona Apple's "the world is bullshit" MTV VMA acceptance speech in 1997.

"I wanted to find the most meaningless thing I could come to and join...and here I am," Carrey tells her. "You've got to admit it's completely meaningless."

Despite the fact Carrey discredited her entire career, Saddler bravely ploughs on, informing the star the party is "celebrating icons," which only riles the actor up further.

"Celebrating icons, that is just the lowest aiming possibility we can come up with," he responds. "It's like icons. Do you believe in icons? I don't believe in personalities. I don't believe you exist. But there is a wonderful fragrance in the air.

"I believe we're a field of energy dancing for itself. And, uh... I don't care," Carrey continues. "I didn't get dressed up, there is no me. There is just things happening and there are clusters of tetrahedrons moving around together."

Saddler, who clearly was less than prepared for an existential lecture, does her best to keep the actor talking for two minutes. She maintains to "still love" Carrey and will be discussing the instance on her E! show today.

Carrey, is currently embroiled in a wrongful death suit by the family of his ex-girlfriend Catriona White who died by prescription drug overdose in 2015.