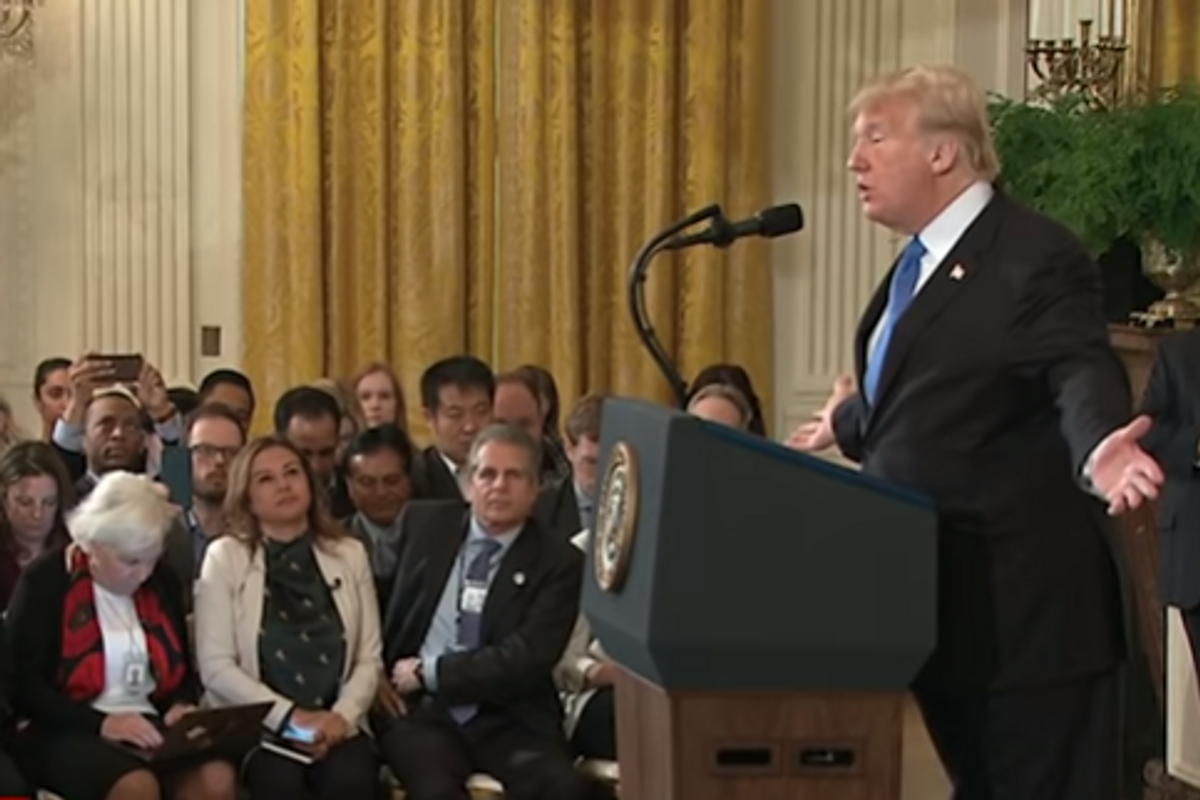 Last week, a bizarre exchange between President Trump and CNN reporter Jim Acosta at a post-midterms press conference saw the latter have his White House press credentials revoked — an extremely rare and drastic move with little precedent in past presidencies. A Federal Judge has now ruled that Acosta's access be reinstated immediately.

During the press conference, Acosta asked Trump a question about the so-called migrant caravan, and also brought up the fraught subject of Russia. The President became visibly angry, and began berating the journalist as an "enemy of the people" and "terrible person."

Things got weirder (and more dystopian) from there: in order to justify Acosta's removal from the press pool, the White House released a heavily-edited video originally posted by right wing conspiracy site Infowars supposedly depicting Acosta assaulting the White House intern who was unfortunately tasked with taking his microphone away. TV footage of the incident shows that Acosta was polite in his interactions with the intern and apologized for accidentally touching her.

Washington Federal District Court Judge Timothy Kelly ruled that the White House had violated Acosta's First and Fifth Amendment rights. The White House legal team unsuccessfully argued that Acosta would still be able to perform his job without having direct access to the President.

Statement from CNN and @Acosta on today’s ruling: “We are gratified with this result and we look forward to a full… https://t.co/RUpc57Il5B
— CNN Communications (@CNN Communications)1542382834.0

Unsurprisingly, members of the media have stood behind Acosta throughout this process — even Fox News campaigned for his credentials to be reinstated.