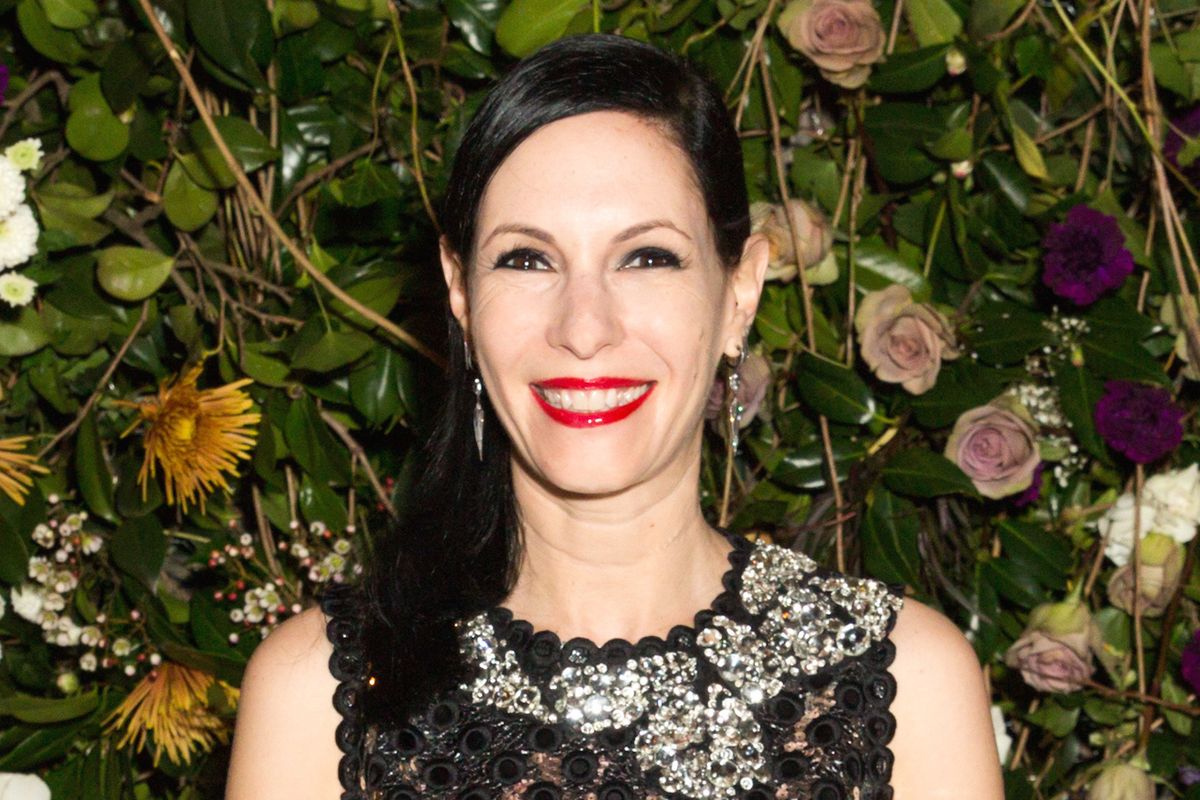 Jill Kargman On "Bag Showers" and the New Season of Her Bravo Show, "Odd Mom Out"

Michael Musto chats with the hilarious writer and newly-minted actress.

"She's the new Lucille Ball," gushed Blythe Danner on the set of Odd Mom Out about star/creator Jill Kargman, whose mom Danner plays. "Want to know what the director said about Jill?" interjected someone else on the set. "She's Lucy crossed with Morticia Adams." With a hint of Larry David, I might add -- and yet a creation all her own.

The unexpected acting star gained notice by penning books like Momzillas (in 2007), poking fun at the audacious and narcissistic behavior of wealthy mothers on New York's Upper East Side. Out of that came Odd Mom Out, the Bravo original comedy series, whose second season starts on June 20. The show captures the wry truths culled from Kargman's own life and observations. She certainly entered the world well connected -- she's the daughter of Arie L. Kopelman, former President of Chanel, and fundraiser Coco Kopelman, and until recently had a celebrity sister-in-law in Drew Barrymore. But now Kargman is a star herself, hitting a mass nerve with her portrayal of Jill Weber, who's one handbag short of being a modern day Medea. I met with her on the set, where she showed me around and entertained me to no end.

Congrats on the show, Jill. What's the most annoying of all the traits of the terrible, rich NYC moms you write about?

I'd say the assumption that you're vacationing. They don't stop to think that maybe some people can't afford to go on vacation or you might have to work. "Where you going? Where you going?" If I see one more glass of rosé on St Bart's, I'm going to vomit. I have the whole globe on my Instagram feed this week. And conspicuous consumption in general, which takes so many forms. Like alligator bags that are one gator, using the whole hide wrapping the bag, so there's no seam. I just heard someone had a baby shower for their Kelly bag -- like a bag shower -- because they were waiting for six years. You can't write that shit.

Too bad it didn't miscarry. Do you recognize some of the bad traits in yourself?

I embody some. I got my first fur coat when I turned 40 and I felt slightly murdery, but I have really low blood pressure and I'm always cold. But I'm 41 and I feel like I fucking earned it. I've worked for it. A lot of people, they fuck it and they get their heart's desire. We worked our way up. We had a fourth floor walkup apartment with rodents!

Would you ever pull food out of your kids' mouths for a handbag?

How do you humanize these potentially monstrous characters on your show?

The casting was the biggest part of that because Abby Elliott [who plays Brooke von-Weber, Jill Weber's brother-in-law's wife] is so good at playing the typical Upper East Side blond, moneyed, privileged person that Michelle Kwan could do triple axels on her engagement ring, but she has heart. She doesn't spend that much time with her kids, but she does shop for them. You see that she has love for her husband and is fighting for her marriage and in this season, we see that she's taking this sort of Tory Burch entrepreneurial tack, which is interesting because a lot of these women don't work. A lot of them hock their shit to their friends, they're not really big time designers, but she actually becomes one.

Did you know the show would be renewed?

One of the good harbingers was Blythe Danner saying "I want to play something." She said she'd sweep the floor of the stage. I said, "I think we can think of something better for you to do, Blythe Danner." I'm not big on social media, but I've been cattle-prodded into it and I saw some positive tweets, so I started to get hopeful, but you never know. I mean, I was a huge Arrested Development fan and that was canceled.

Do actors hate you because you went into this with no experience and did so well, whereas they studied at Stella Adler for decades?

Generally, people have been really supportive. They understand that even though I kind of took a back door, I was writing for 20 years and I'm the voice of the show. It's not like I was being cast to play Queen Elizabeth, it's kind of a version of myself. The network said they wanted it to be a Larry David set-on-the-Upper East Side mom world, and in the same way he didn't act, it was an extension of himself, so you buy it. It doesn't really matter if I didn't go to Juilliard.

So Jill Weber is an extension of yourself?

Yes. But I'm married to a Jew. Jill Weber is married to a WASP. It exacerbates the outsider quality, to feel you're cut and pasted into your family a bit more. When Jews marry Jews, there's more of this parallel that you've had a similar life, and certain traditions and songs and rites of passage are familiar to you, whereas in this, everyone has Roman numerals in the names. My in-laws inserted a "von." They are German aristocracy and therefore Nazis. Kidding. But I have a heightened discomfort at the fact that I don't fully belong in my family as well as in my social circle.

You've done a Hamilton episode for this season. Love it.

Yes! I was the only one who hadn't seen Hamilton. And all the little kids in kindergarten had seen it four times and the housekeeper was like "Hamilton!" Everyone was ganging up on me, and I was like, "Jesus, mother fuckers, calm down, I'll see Hamilton." I felt like there were Kool-Aid shots being passed around and I was going to wind up with a toe tag. I wound up seeing it and now I'm one of those harassers. My kids know every word now. We have singalongs in the car. We ended up casting a bunch of cast members from the show to play various people we're trying to get tickets from.

What else is coming up for you?

I have a book coming out in September -- an essay collection called Sprinkle Glitter on My Grave. It's essays about my family and how we're kind of quirky morbid, but how our obsession with death helps us live better lives because we relish everything and chew that food and blare that music and enjoy life as much as one could. We're like the Addams Family, kind of.

You mean you and your parents?

My parents and my brother. And my husband and kids are absorbed in that now. Drew Barrymore -- my brother's wife -- is like the cheerful one in The Munsters. You know, the normal, blond one? She's very sunny and sunshiny and we're sort of the angels of doom. [Note: Barrymore and Will Kopelman sadly announced their split the very day after this interview.] In the episode we're shooting now, we're talking about living wills. It's a pretty morbid episode. It's all about "Who's your plug puller?"

There will be people lining up to pull mine, that's for sure.

At the end of the episode, I'm like "Pull it now! The kids are driving me crazy! Yank that shit now!"