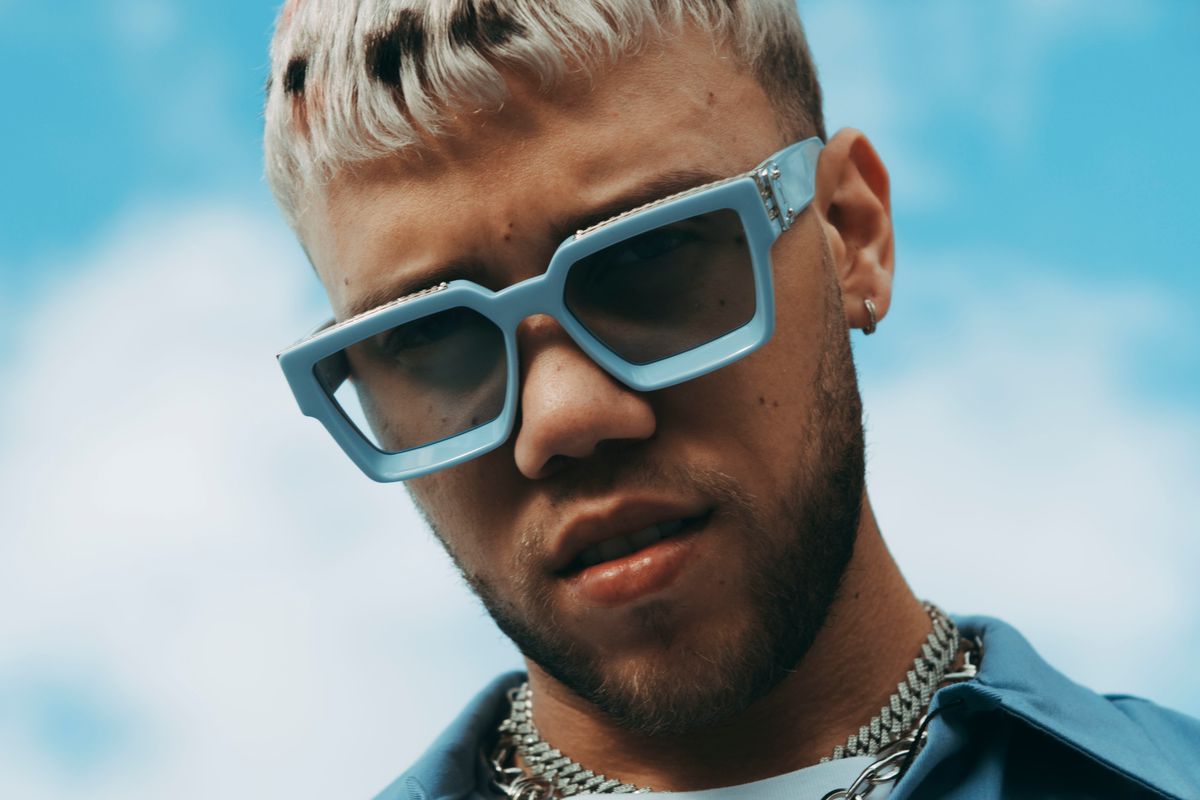 "Who doesn't dream of being number one when starting a career or making music?" asks Jhay Cortez. "I was always a fan of artists who were superstars and were at the top: Don Omar, 50 Cent, Eminem, Enrique Iglesias. That has always been my vision of what an artist is, and the artist I wanted to become."

A year and a half ago, Jesús Manuel Nieves Cortez, also known as Jhay Cortez, was an unknown name to most. But the 27-year-old Puerto Rican is one of the most successful songwriters of his generation. Responsible for hits such as "I Like It" by J Balvin ft. Bad Bunny and Cardi B, "Criminal" by Natti Natasha and "I Can't Get Enough" by Benny Blanco ft. Selena Gomez, Tainy, and J Balvin, Cortez has shown several times that he knows what a song needs to work commercially. He seems to have the formula.

"It is something that you develop over time," says the native of Rio Piedras. "I've written many songs for different artists, and those patterns remain etched in the subconscious. It's something that comes naturally to you. I try to make each bar a punchline."

In May 2019, he released his first album Famouz, which included the hit single "No me conoce (remix)" ft. J Balvin and Bad Bunny. It currently has almost 1.3 billion streams. Right now his most successful song yet, "Dakiti" ft. Bad Bunny, is the number one song globally on Apple Music, Spotify and YouTube. Unusual for popular Latin music, it's an electronic/dembow beat with unforgettable pop hooks.

"I started doing the instrumental for 'Dakiti' at home, I wrote the lyrics and instantly knew it was a worldwide hit," he says. "Bad Bunny also had the same vision; he was the best candidate for that song. It was a song that needed huge exposure to have enough reach, and who better than Bad Bunny, who is number one now."

Above everything that is happening with "Dakiti," Jhay is also nominated for two Latin Grammys this Friday: Best Rap/Hip Hop Song and Best Urban Song. One might think that he is in the best moment of his career, but he doesn't see it that way: "I don't see it as the only best moment of my career because I am someone with vision and when I reach a destination, I already have a new one in mind. So, for now, I enjoy the moment."

These are the characteristics of someone ambitious. Rather than resting on his laurels, Jhay has just released "Kobe in LA", a single that is undoubtedly one of the most experimental songs in his oeuvre.

"Kobe in LA" is six and a half minutes of rhythm and genre changes. The lavish music video includes expensive coats, saints, candles, blood and costumes that wouldn't look out of place on an episode of La casa de papel. And an image that deserves to be displayed in a living room somewhere on the planet: Jhay Cortez mounted on a basketball hoop surrounded by fire.It's his iconic pop moment. "Since I was a kid, I dreamed of doing a video like this," he says. "Being able to have a piece that looks like the great pop artist videos I saw in my childhood. I don't make music for commercial reasons, I make music to elevate culture, to do something different. It doesn't matter how much money it costs to bring my vision to the screen. I don't like being predictable. I hate being predictable. I always think about bringing something different to the scene and elevating the culture. And Kobe Bryant was one of those things."

This song is part of Timelezz, Cortez's upcoming second album, a record in which he feels more comfortable than ever with his artistic vision. "In Famouz, I tried to make people like my music, to like me, to make me famous. I concentrated on that. But in this new album, I'm only focused on showing who I am as an artist. My vision. My color," he says.

For some lucky artists the time to succeed comes sooner or later. They make hits; they have people tweeting their lyrics; their songs are in every single Instagram story. But in this age of instantaneity, virality and fleeting success, the real challenge is to remain relevant and create a career, not just a moment.

After reaching such high levels and acknowledging he is at his artistic and commercial peak, Jhay is clear about what is next for his career. "The good thing is that my mindset has always been to remain relevant, not just get somewhere," he says. "It's something that always takes a lot of effort, but you have to be aware of what the next song will be, the next move, what are you going to bring that is different? How can you reinvent yourself and evolve? But I think that's the fun of the process, otherwise, it would be very easy for everyone and a bit boring. I won't stop."