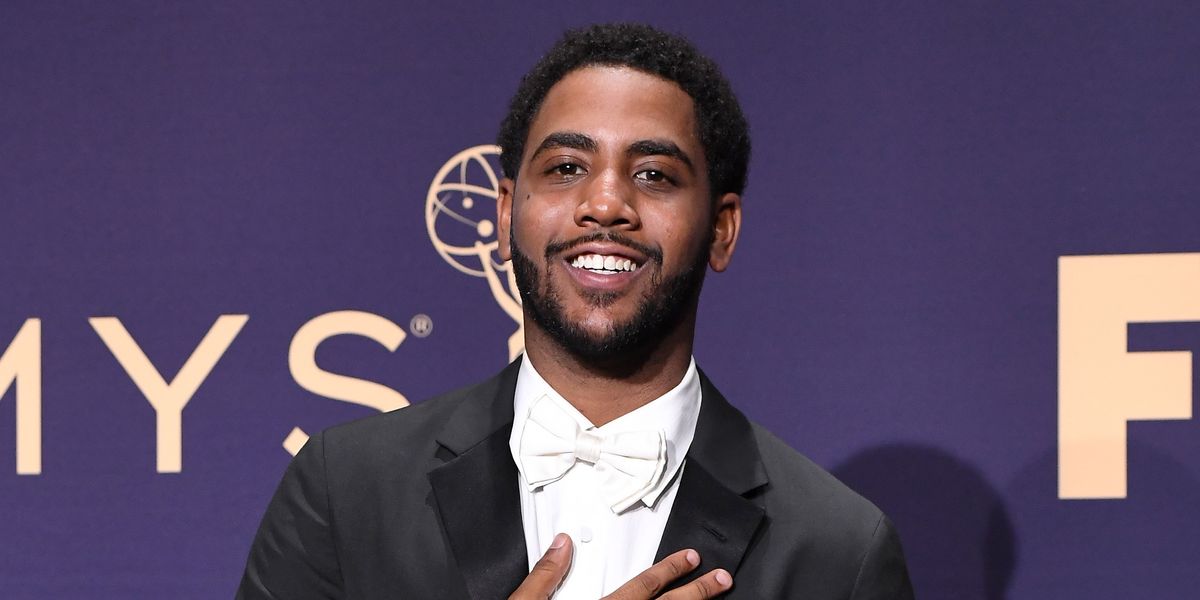 PAPER Person Jharrel Jerome made history last night at the Emmys, becoming the first Afro-Latino person to win an acting Emmy — the most prestigious of the night.

The 21-year-old Dominican actor appropriately won the award for Lead Actor in a Limited Series or Movie, for his shape-shifting portrayal of Korey Wise, a member of the Exonerated Five in Ava DuVernay's When They See Us. His victory was the second historic moment of the night, following Billy Porter's win for Pose, making him the first Black, openly gay man to win an acting Emmy.

When They See Us tells the story of Wise, along with Antron McCray, Raymond Santana, Kevin Richardson and Yusef Salaam, who were pressured into falsely confessing to the rape of a white woman in 1989. Jerome was the only actor to play a member of the Five as a teenager, and as an adult after spending 14 years in prison, essentially performing two roles in the series.

Related | You Have the Right to Be Free: The Exonerated Five

Nonetheless, Ali — who worked alongside Jerome on Moonlight — cheered for him, along with all the members of the Exonerated Five, who were watching from the audience.

The #Emmys crowd reacts to Jharrel Jerome's win for best actor in a limited series or movie for #WhenTheySeeUs… https://t.co/u606stxrtE
— Variety (@Variety)1569201930.0

"It's an honor. It's a blessing, and I hope this is a step forward for Dominicans, for Latinos, for Afro-Latinos. It's about time we are here," Jerome said during his speech, acknowledging the significance of his win while accepting the trophy.

He also thanked the Exonerated Five: "I felt like I was in a championship game, and we went through our final hurrah," he said. "Thirty years ago they were sitting in a prison cell, falsely incarcerated, and today they're in suits styled by designers for the Emmys."

Coming up, Jerome stars in the third season of Stephen King adaptation, Mr. Mercedes. In 2020, he'll tackle the Black yeehaw agenda in Concrete Cowboys, based on the true story of Black cowboys in Philadelphia, along with Idris Elba and Caleb McLaughlin.