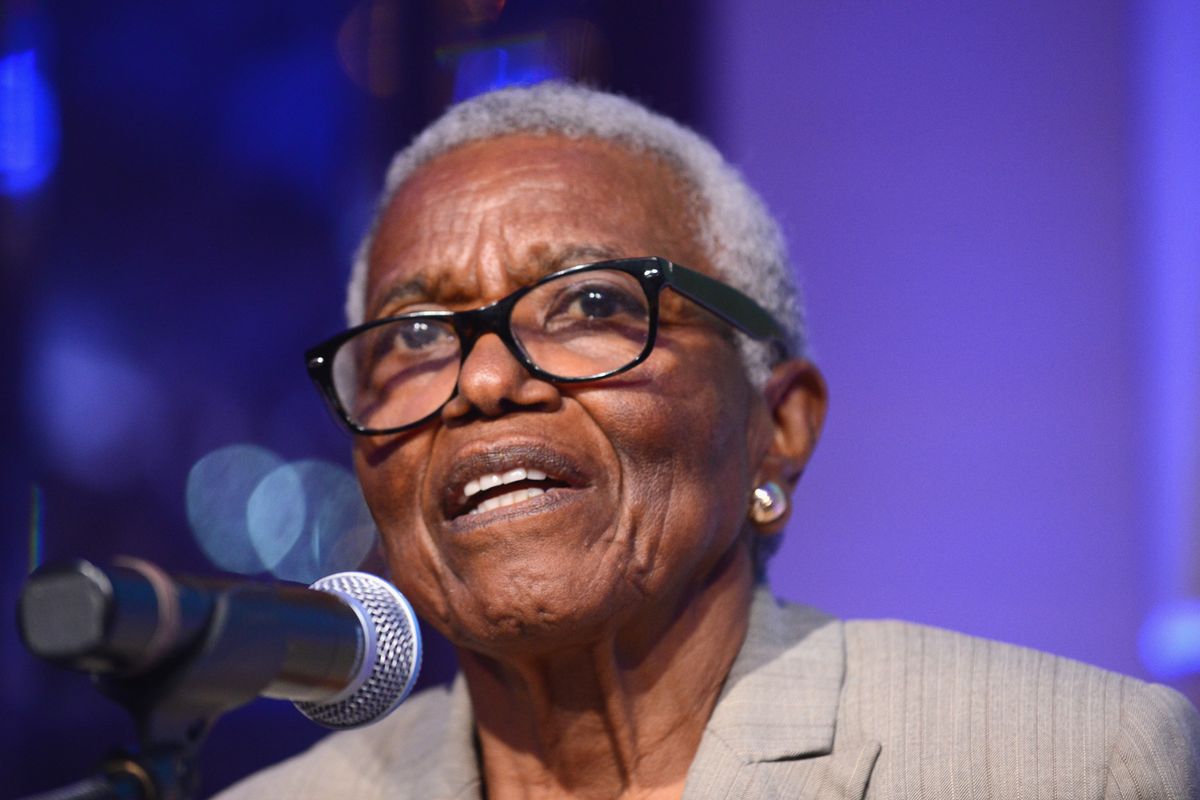 On Saturday, the intersection of Pico Boulevard and Norton Avenue in Arlington Heights, Los Angeles has been named the Jewel Thais-Williams Square in honor of the LGBTQ+ rights activist. The square is located directly in front of Thais-Williams's Catch One disco, which she owned from 1973 to 2015. The disco has been a safe haven for young, black members of the queer community since its doors first opened.

"Everybody deserves to be able to enjoy a night out where they can feel safe and welcomed, but before Jewel Thais-Williams, that was not the reality for Los Angeles' black LGBTQ+ community," Los Angeles City Council President Herb Wesson said, per the Los Angeles Times. "With Jewel's Catch One, she built a home for young, black queer people who were often isolated and shut out at their own homes, and in doing so, changed the lives of so many. Jewel is more than deserving to be the first black lesbian woman with a dedicated square in the city of Los Angeles for this and so many other reasons."

Under Thais-Williams, Catch One featured performances from Madonna, Whitney Houston, Janet Jackson, Chaka Khan, Donna Summer, and many more iconic artists. It was quite the L.A. hotspot, and as the LA Times puts it, essentially became "a community center for Los Angeles' black lesbian, gay, bisexual, transgender, queer and questioning community."

"I'm grateful and overwhelmed to have been honored by LA City Council President Herb Wesson," Thais-Williams told the Los Angeles Blade. "It's been my pleasure to serve the LGBT and other communities over the years."

Aside from her achievements with Catch One, the humanitarian has also co-founded the Minority AIDS Project, founded the non profit healthcare provider Village Health Foundation, and has used her platforms to continue fighting for human rights and equality.

You can learn more by watching the documentary on Jewel Thais-Williams and Catch One on Netflix. See the trailer below.