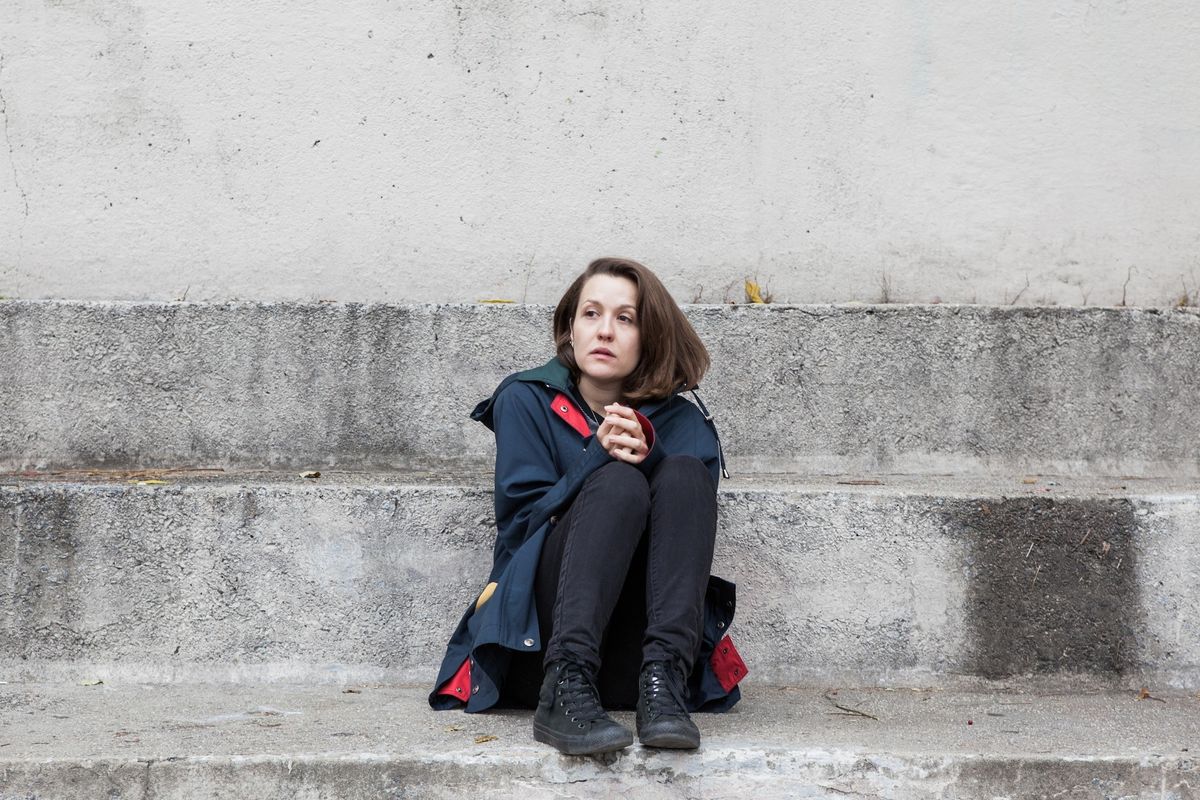 Jessy Lanza On Anxiety, Independence And "Oh No"

Despite earning critical raves and a Polaris Prize nomination, Jessy Lanza doesn't spend much time thinking about her first album, 2014's Pull My Hair Back. "I have a tendency to fixate on things," she says. "And I think if I fixated on how I feel about Pull My Hair Back I might, I dunno, go a bit crazy, maybe." So instead of dwelling on the past, the Canadian electro-R&B artist has spent the last two years looking forward and working on her second album, Oh No, due out May 13 via seminal UK dance label Hyperdub. Building upon the Pull My Hair Back's sonic blueprint, Oh No showcases an increasingly bold artist getting comfortable and letting loose -- seamlessly moving between icy ballads and floor-filling bangers, anchoring each song with her strident yet ethereal vocals. As such, PAPER recently got on the phone with Lanza herself to talk about dealing with anxiety, learning to trust her voice, and why exactly she isn't ready to leave home yet.

Oh No feels more energetic and upbeat than Pull My Hair Back. Was this a conscious decision?

With the second album, both [partner and co-producer] Jeremy [Greenspan, of Junior Boys] and I were really focused on the idea of making a much poppier record. I think it came from being on tour with Caribou the previous year -- and same with Junior Boys -- just seeing the way the crowd responded to the faster more energetic songs. I also did this project with Morgan Geist [aka nu-disco don Storm Queen] called The Galleria, while I was working on the new record. It was a freestyle project and I just loved working on that so much. With music I'm a sponge. I always try to copy what's going on around me to some extent. I want to write a boogie song like Morgan!

You've talked about this album having been a way for you to deal with nervousness and anxiety. How so?

I've had times when I don't do anything because I'm too caught up in my own self-obsessed neuroses. But since I was a kid, making music has always been an escape. Up until Pull My Hair Back, I taught music and I did other jobs but I'd never made money from music. When it did really well -- well, not really well, but when it did alright -- and people liked it, it became the way that I make money and that brings a whole [new] set anxieties into your life. When the thing you do to escape stress also becomes a stress. While I was making the album I was really learning how to be at ease with the nature of working in music. And, I think, even prior to that, just being at ease with the way life goes.

You seem to have put more of the focus on your vocals this time. Why?

I always idolized singers who had different voices than [mine]. When I was a kid, I was into Mariah Carey. I could never sing that way. I've never had a powerhouse kind of voice. With the first record I used a lot of effects to deal with the fact that I found my voice boring. I remember one day in the studio, I was talking to Jeremy and saying, 'I fucking hate my voice on this song. I can't stand to listen to it.' And he was like, 'You know you're really hung up on the idea that your voice is going to be something that it's never going to be. You're 30-years-old. Your voice is your voice. You just need to embrace it and own it.' Which resonated with me because it's very true. I like lots of really strong voices but I think what also makes a good singer is when your voice is weird and memorable too.

It's not just the singing that sounds more confident -- the production does too -- seamlessly switching between different sounds and styles throughout. What inspired this?

I got really into listening to Yellow Magic Orchestra and all their side projects. They're really great at taking different genres and blending them all together. It's a bit of synth pop and like techno and disco. Nobody is really that great at doing that. I'm also always combing through YouTube trying to catch a glimpse of different producers talking in their studios. Like what's Metro Boomin using? Can I get a look at the compressor? That's a big part of it as well. Using different production techniques to get really big bass sounds or really good drum sounds. That all kind of factors in.

Any other specific artists? 'Could B U' almost sounds like a Cocteau Twins song?

I didn't mention that in the press release because I didn't want to do a bucket list of everything, but while we were making the album Jeremy and I just went on this Cocteau Twins binge. I needed to see every live performance. There's this one performance they do for [British music television show] Old Grey Whistle Test and it's so beautiful. They have this like reel to reel sitting in the back -- like a member of the band. It's cool video. I know we talked about Yellow Magic Orchestra, but the singer Miharu Koshi. [Yellow Magic Orchestra founder] Haruomi Hisono produced her record Tutu. It was a huge influence for sure. I'd been listening to Yellow Magic Orchestra for a long time but I had never heard of her or heard her music and I really fell in love listening to that record.

After two albums, has the way you work with Jeremy changed at all?

It hasn't really. We both still have our independent studios. We work much in the same way. I think the only big difference was the mixing. On the first record Jeremy and I would come home with mix #22 of a song and I was like, 'I fucking hate this song, I don't want to hear it anymore.' It's hard to get perspective, especially when you're the one who's made it. I feel like to really mix the album; you need a kind of outside perspective.

You still live in your hometown of Hamilton, Ontario. How does that affect you as an artist? Do you ever think about moving to a bigger city?

I like being here. I've lived in other Canadian cities -- bigger ones, like Toronto and Montreal -- and it just never seemed like I could really get anything done there. I don't think there are very many places where we would be able to have the setup that we do. Before I had equipment in my bedroom, I had roommates. I just never got fuck all done. I'm also a homebody. I grew up here. I'm sentimental. And like all those kind of things. Being close to my family is important. My mom lives like five minutes away from me. If I didn't travel and tour, maybe I would live somewhere else, but the fact that I do, I just can't picture myself coming home to anywhere else.