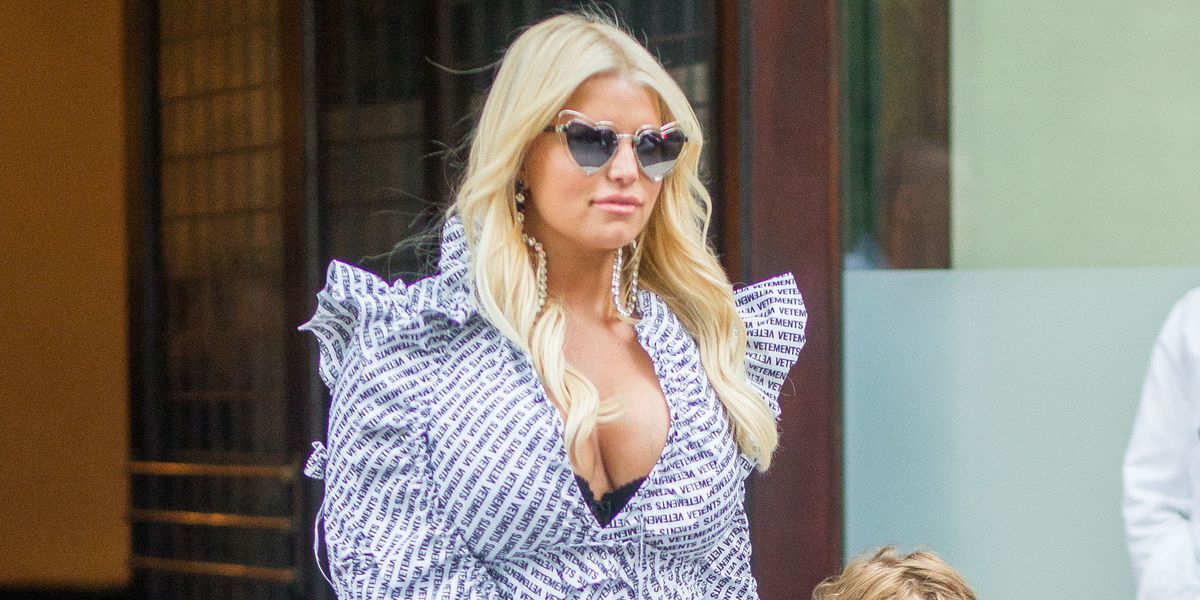 While rumors that Vetements may be on its way out continue to flourish, it's still clearly favored by the fashion elites. International businesswoman and fashion line designer Jessica Simpson, for instance, stepped out in head-to-toe Vetements last week to take in a production of Disney's Frozen on Broadway with her family.

Simpson donned a ruffled logo-print dress from the brand's Spring 2018 collection ($2,150) and paired it with heart-shaped sunglasses and silver Vetements boots ($1,580). This amazing 'fit led Diet Prada to wonder whether Simpson may be the new Celine Dion, prompting the question on their Instagram story last night.

Dion, of course, has been rocking Vetements since 2016 (wearing a hoodie that referenced Titanic at Paris Couture Week, no less), but it wasn't until last year that the partnership between the legendary singer and her stylist Law Roach came to full fruition, causing the Internet to lose its mind over Dion's unabashed fabulousness. So while we stand firm in our belief that there can only be one Dion, Simpson's stylist is doing a great job.