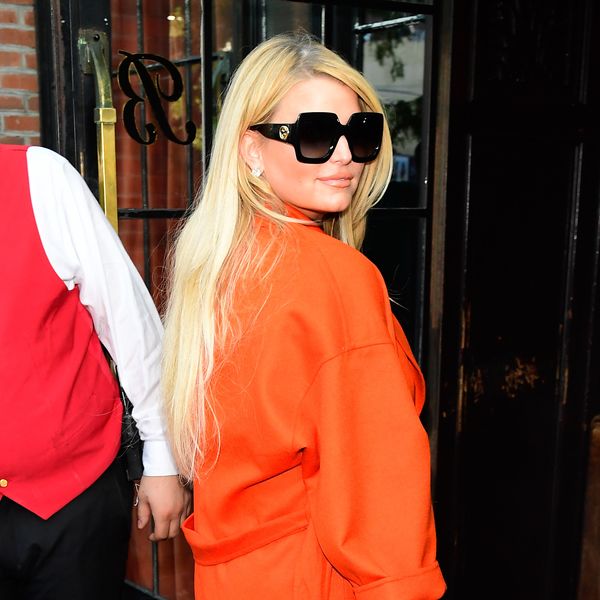 In her powerful new memoir, Open Book, pop star/billionaire fashion mogul Jessica Simpson opens the lid for the first time on her struggles with addiction and trauma. "I didn't feel comfortable talking about myself in a way that wasn't honest," Simpson told People, who published an exclusive excerpt of the book. "I'm a horrible liar."

In the preview, Simpson reveals that as a young child, she was sexually abused by the daughter of a close family friend. Simpson recalls the abuse starting when she was six years old: "It would start with tickling my back and then go into things that were extremely uncomfortable."

At 12, Simpson says she finally told her parents after grappling with internal conflict. "I was the victim but somehow I felt in the wrong," she writes. Her mother yelled at her father, "I told you something was happening." And though they never went back to her parents' friends' house, Simpson reveals, "...we also didn't talk about what I had said."

Hiding her pain and trauma behind mounting career pressures, Simpson turned to alcohol and other drugs. "I was killing myself with all the drinking and pills," she writes. Then in 2017, after hitting rock bottom at a Halloween party hosted in her home, she knew she had to stop. "Giving up the alcohol was easy," Simpson recalls. "I was mad at that bottle. At how it allowed me to stay complacent and numb."

With the help of therapy and sobriety, Simpson claims she has "found direction and that was to walk straight ahead with no fear." She says, "Honesty is hard but it's the most rewarding thing we have. And getting to the other side of fear is beautiful."

Open Book, which is available February 4, is now up for pre-order. Additionally, its audio-book component, narrated by Simpson, will also include six new songs by her, which also "tell her story." The new music marks Simpson's first release in a decade.