Just over a month after dropping the heartfelt video for his single "WISER," featuring new pop royalty Kim Petras and Leland, Jesse Saint John is back with a double single. If you were expecting the new tracks to be as soft and sincere as "WISER," get ready to be proven dead wrong. "WHAT DO U LIKE 2 (Ojivolta Remix)" and "Crying" are thumping counterparts to Saint John's earlier singles, assembled with newfound textures, crushing bass, and bars from Lil Aaron.

"WHAT DO U LIKE 2 (Ojivolta Remix)" is a souped-up reimagination of Saint John's original track from 2018. The OG was characterized by beachy synths and dance-pop chord progressions, marking an overall softer approach to asking a lover, "What do you like?" The remix sharpens these edges, brings up the tempo, and packs a new punch with sustained kicks and distorted bass. The question of "What do you like?" no longer sounds like an earnest question, but rather a lustful proposition. A crunching verse from Lil Aaron ups the ante even further, adding a new dimension to the headphone-vibrating track.

The second single, "Crying," is equally as jarring, although it doesn't begin that way. "Crying" has a unique melody, one that floats in and out of sadness and happiness, but starts out like most other summer pop songs. Only at the halfway point does the song erupt. Strained tones stretch out sporadically across each bar while Saint John whispers, begging his lover to "hurry up and hurt [him] right now." The song concludes with streamlined zips of heavily distorted synths that sound like they're straight out of an R-rated Tron remake.

The tracks are a testament to Saint John's versatility as a creative force in postmodern pop music. Where his previous single and video served as honest confessions of his insecurity as a songwriter and rising star, his newest double single is anything but unsure. Each pluck and each bassline are deliberate, and each chorus sounds bigger than the previous.

View PAPER exclusive photos from the live Los Angeles premiere of "WHAT DO U LIKE 2," featuring shots of Charli XCX, Violet Chachki and more, and read Saint John's interview with his collaborators on the double single, Volta and Lil Aaron, below. 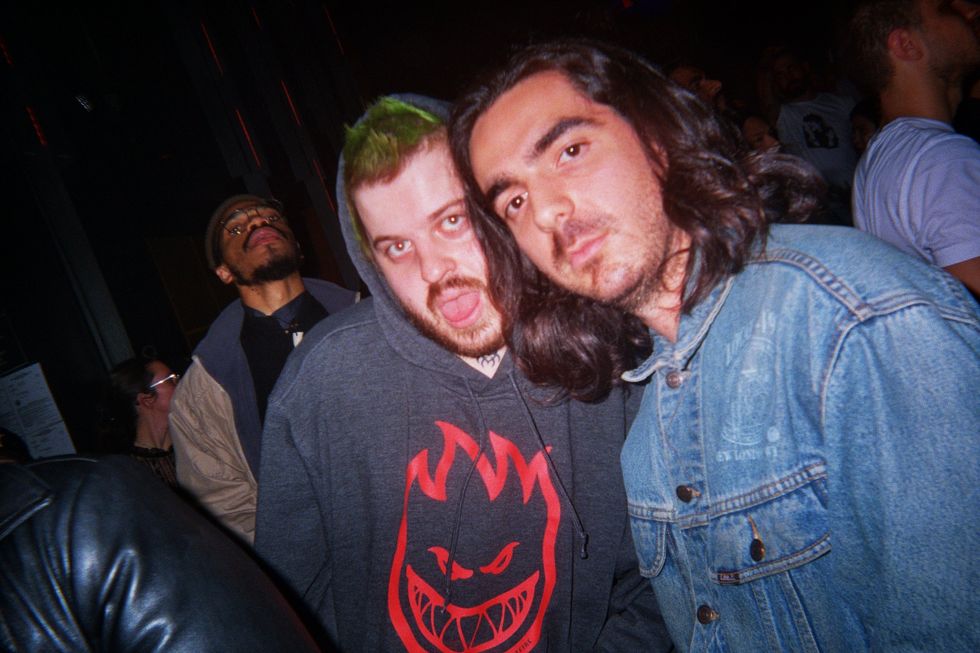 Volta: Gun to your head, eyesight or music?

LA: What's your fav article of clothing in your closet?

V: I have a Dries Van Noten fishnet shirt that I never wear, but I like having it. What's something you would tell yourself from 10 years ago?

LA: To really enjoy the process and have fun along the way — also to drop out earlier, lmao.

JSJ: Same as Aaron, also there's no "right way" to do anything, just be easy on yourself and make it up as you go. What's the biggest difference between writing for yourself and writing for other people?