JERRY SPRINGER ON HOW LIBERALS ALWAYS WIN (IN THE END)

The legendary TV host, entertainer and former mayor of Cincinnati was one of the best sources of insight and levity on Twitter during the 2016 presidential campaign. He shares more of his views on politics and liberal causes, which you can also hear on his popular podcast, Tales, Tunes and Tomfoolery, below.

Jerry On American Values in the Age of Trump

Donald Trump does not represent our values or who we are. America is the land of Freedom. We work every day to get closer to it. This is the one place on Earth where it doesn't matter what religion you are, where your parents are from, what ethnicity you are. That's America. America is the only nation in the history of the world that was created by an idea. Every other country came into existence because first it was a tribe or ethnic group or it was a religion and then it expanded a little bit and one day became a monarchy or empire and then it pushed towards the sea so it could have trade. That's how every nation started besides the United States of America, which was an idea articulated in the Declaration of Independence, the Bill of Rights and manifested today in the Statue of Liberty. You have a guy like Trump [who ran] opposed to the idea of America and to replace, metaphorically-speaking, the Statue of Liberty with a wall. It's the most un-American thing you can think of. Why have we sent our sons and daughters to fight and die for our country if we don't believe in its premise? 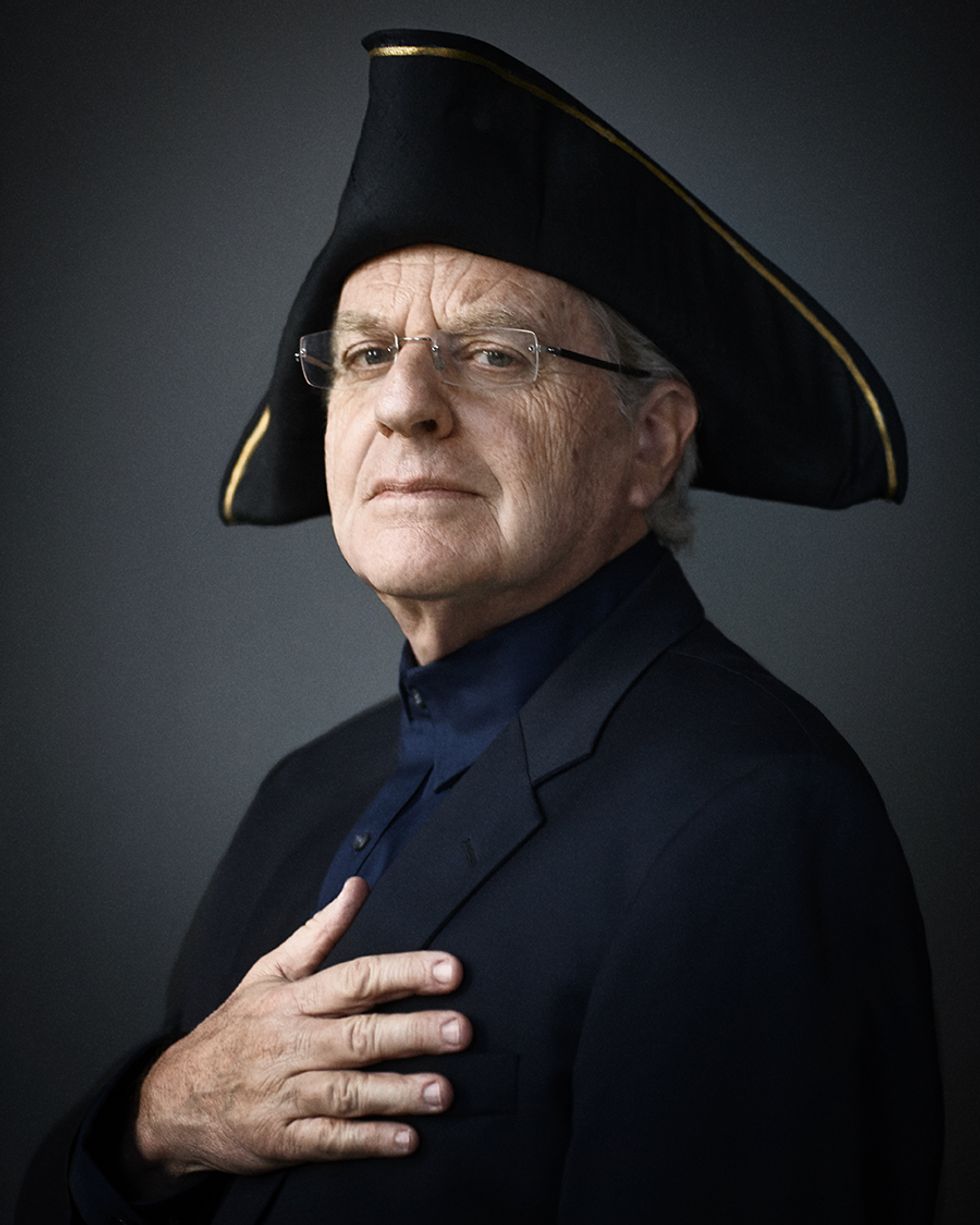 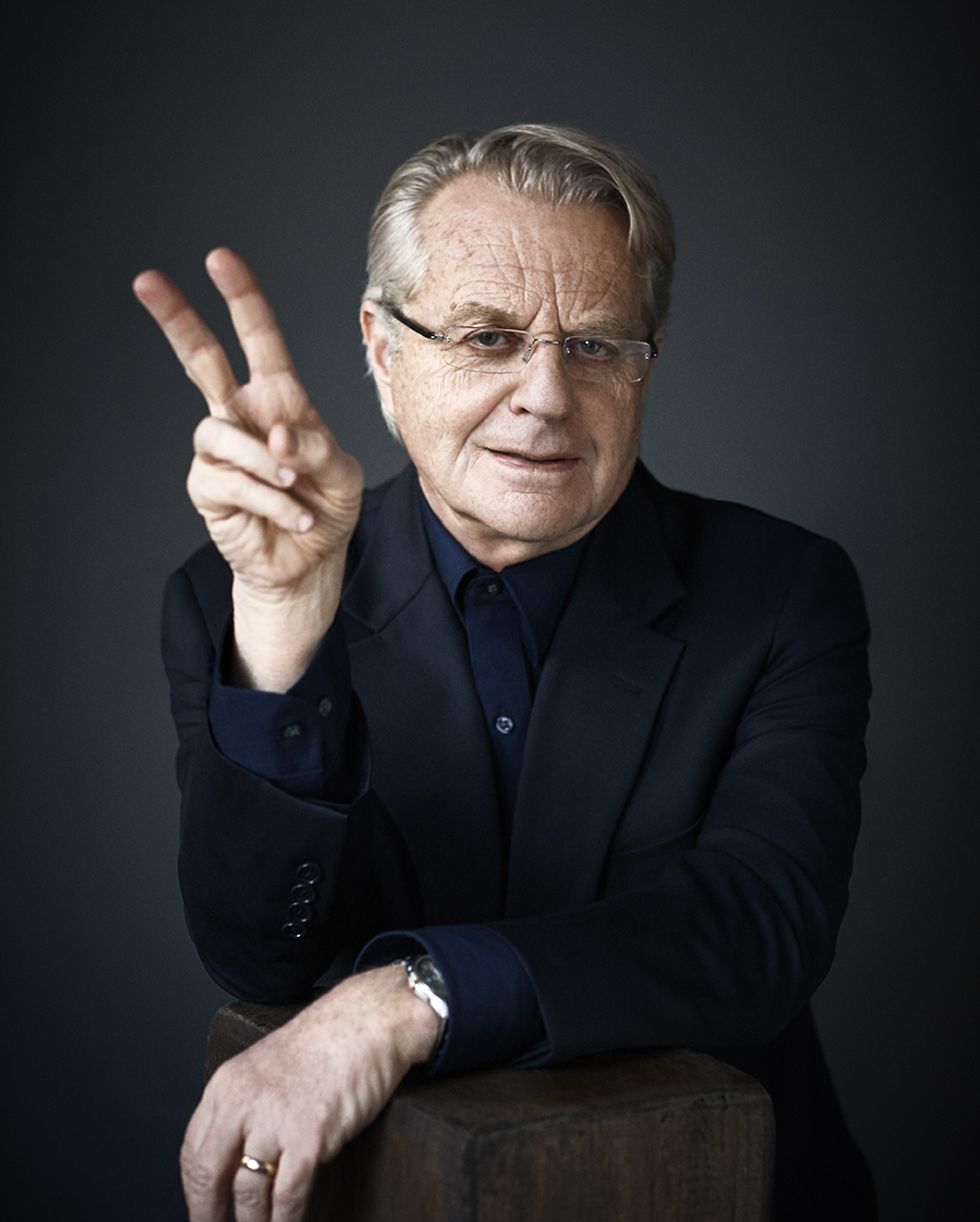 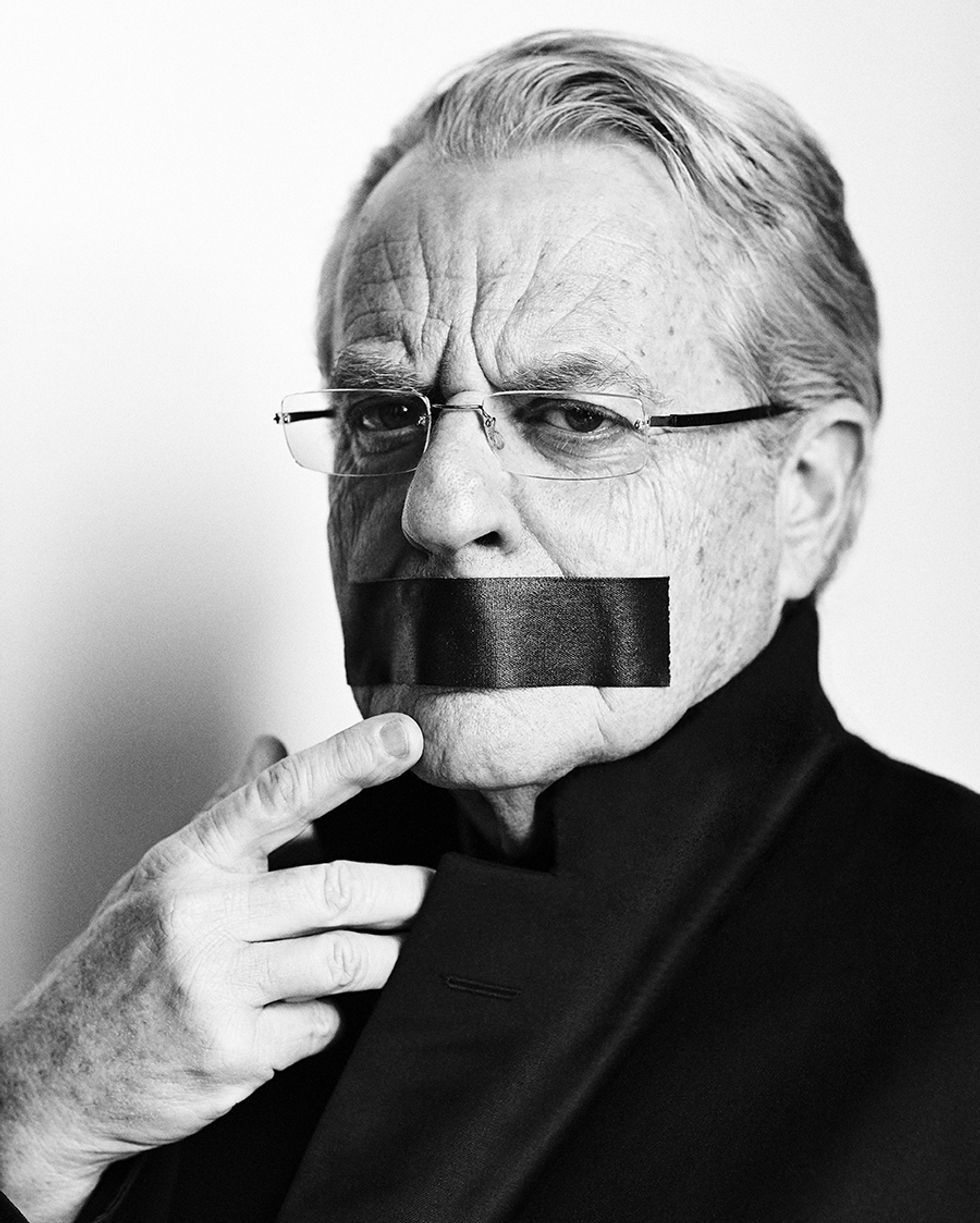 I was obviously shocked when [Trump] stepped on that escalator [in Trump Tower] even before he got on the ground floor to announce [his candidacy]. I was already concerned. [But] my view had been that Donald Trump was inevitable and that for the last 30-40 years in America, certainly since Ronald Reagan said "government can't solve problems, government is the problem," we have raised two generations of Americans to believe that government is horrible, anything it does is evil, that it is either incompetent or corrupt, that you should hate Washington, that you should disrespect the President...Any political commercial we see is how the other guy is a bum, the other person should be in jail, the other guy is a pervert... that is all they know about government. Everybody's corrupt. If you grow up two generations of Americans being told to believe that, we shouldn't be shocked that someone at some point would run for president who is anti-government and hates Washington.

And, in order to run for president, you have to be well-known. In America, there are only two areas where you can be well-known outside of politics and that's either sports or entertainment. Athletes are too young to run for president and so we should've known that it would come out of the entertainment field and some entertainer would run for president against Washington and against the government. Did we know it would be Donald Trump? No, of course not. But some entertainer like that and that's why from the very beginning, I kept saying, "Donald Trump didn't create himself. We have had political discourse in this country that has gone on for 30-40 years like this so why are we shocked now?" The example I give -- and this part I blame on the Republican party or at least on the right-wing -- and how Donald Trump relates to it, is let's say mom and dad are having a dinner party and have 20 people over and it's a nice party and when the people leave, mom and dad are in the kitchen doing the dishes, and mom says to dad, "Boy that Shirley, she put on a lot of weight, didn't she?" Now, unbeknownst to them, their 8-year-old kid is in the next room and hears it. So the next week when Shirley happens to come over to the house, the 8-year-old kid comes up to her and says, "Mom says you're getting fat." Well of course the parents are beside themselves but they can't really yell at the kid because the kid is telling the truth -- that's what they said. That's what the Republican party has to do to deal with Donald Trump. He is saying things that they have said in the privacy of their country clubs or cocktail parties forever. But they don't say it publicly because it's too embarrassing and now all of a sudden you've got Donald using totally inappropriate language and saying this stuff that they've been kind of nodding their heads and whispering to each other for years. And now we see how horrible it is in the clear light of the day.

Jerry On the Democratization of Culture

There's a larger movement, of which [The Jerry Springer Show] is a tiny part, where we have undergone in the last half-century the democratization of our culture and it's been accelerated by technology. Let's take entertainment -- for thousands of years it's always been the same: You would have people either in an arena, on a stage, in the field, on a screen entertaining and the public would be sitting and watching or cheering. That has been the model of entertainment whether it's sports, movies, plays, whatever. Now suddenly we have technology and I'd say the first inkling of it was talk radio. When people started listening, you'd be entertained by people calling in -- the callers. And then it moved to television and you had Phil Donahue and people would watch Donahue and be entertained by the audience asking the questions. And then all of a sudden along came the Internet and suddenly there were chat rooms and kids during the evening would go in the chat rooms and start conversing with each other and entertaining themselves. And then you had interactive television and you had regular people competing and the audience choosing who the next singers would be, who the next celebrities would be, so the viewers decided who the contestants are, who should be voted off the island, who would win American Idol or America's Got Talent, who should be voted out of the house. We, the audience, became our own form of entertainment.

Now that happened because technology, through our iPhones and social media etc., has made this easy to do. And it affected not just entertainment but the world of politics. If we didn't have cell phones, Barack Obama never could have become President of the United States and the reason for that is political parties historically choose who the candidates are. And the political party would not have chosen an African American to be their candidate [because] they would've thought there's no way an African American could win and so they would not have given him their funding. But Barack Obama, because we have cell phones, was able to reach out to an audience to get contributions, to arrange meetings, to organize so he could organize outside the established party and raise money and all of a sudden social media became the tool of political candidacy. And also around the world it became that way. We had the Arab Spring. That's what happened. It isn't any one show, it isn't any one magazine, it isn't any one form of communication, it's the whole democratization of our society where we the people are now in control. That can be good and bad. The good is obviously it makes it very hard for dictators to survive. That's the good news. The bad news is the masses can make bad judgments -- just like dictators can. So not everything that the people decide is necessarily good and that's what we're facing now. The Internet can be a great tool for good stuff and it can also be a tool for bullying and all kinds of bad stuff.

I think there are two forces that history has shown can never be stopped. The first is that in the end, liberals always win. There are battles along the way you can lose, and you can lose an election like an individual battle in a war, but in the end, every ten years or so, the world is more liberal than it was ten years before. Conservatives initially resist or fight against any movement of progress, but it's impossible to argue against it because there's everything -- look at American history. In the beginning, they wanted to keep slavery. The liberals won. In the beginning, they fought against social security. The liberals won. In the beginning, they were against the Civil Rights Movement. They were certainly against gay marriage. Even on the environment, they're losing.

In the end, it's unfortunate for the people that are in the middle of the battles because they don't always see the victories, but in time, we become a better, more humane society. That's the good news. The other thing is that there's a pendulum that is as constant as the laws of physics. Even though there's outrage at Trump and what he's said, let's say, about women, the pendulum is going to swing back, and we are going to have a generation of young men that are going to grow up knowing the proper way, the decent way, to deal with women. In other words, look at all the lessons we're learning now. You know in every single household in America, there has been some discussion about how we talk about young girls, how we talk about women, about what kind of language we use, what kind of respect we have. What our expectations are. What does 'masculinity' mean? We're learning that about bullying. So, yeah, in the beginning it's painful because it seems like we have to go through the misbehavior to figure out what is proper behavior.


My final thought is, I am optimistic. America -- I'm paraphrasing Winston Churchill -- winds up doing the right thing after it tries everything else. We'll wind up on the right side of these grand moral issues of the day. Really, this generation, there'll be less bullying and there will certainly be better and more respectful relationships with women. I don't think there's any question of that. If you can look at the larger picture and not be too depressed -- I know the thought of Trump is too depressing, but we are learning lessons from the horror of the moment, and I think we'll be better off than we were because of it.