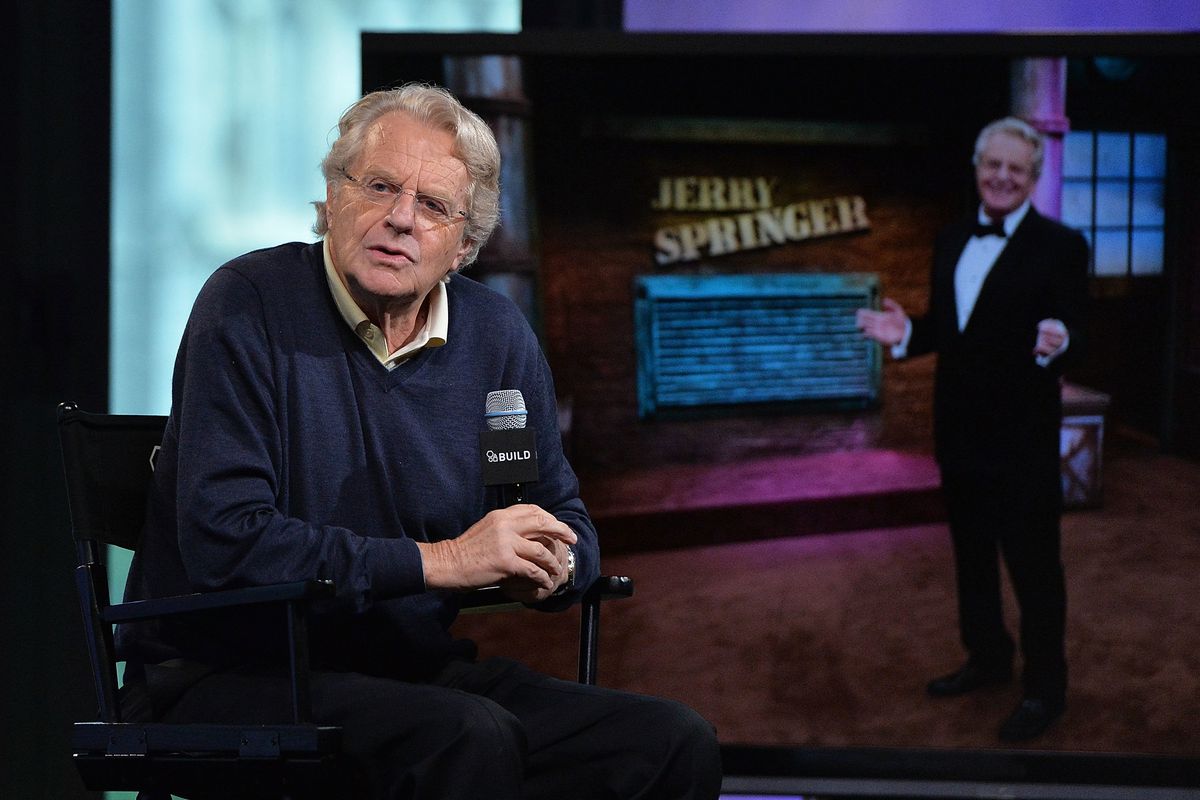 The world is a wacky place, but how distinctly, unequivocally American is it to go from rags to riches, from park bench to Park Avenue, from reality star to multi-hyphenate billionaire business tycoon? It is so American, that's what.

In our latest tale of American ascendancy, it has been announced that Jerry Springer, whose eponymous syndicated talk show notoriously featured 27 seasons of pixelated nude fighting — because apparently all guests forgot their underwear when appearing on national TV to exchange heated words with jilted lovers — is trading all of that drama for a seat on the judge's bench.

Related | Jerry Springer On How Liberals Always Win (In the End)

Judge Jerry is coming to a household near you, airing half-hour episodes in syndication this fall. A statement from show producer NBCUniversal TV announcing the show says Springer will "slide from the stage to behind the bench using law and order to settle disputes."

And if this new venture is anything like The Jerry Springer Show, we can only imagine the Honorable Judge Jerry Springer presiding over sensational civil cases concerning trivial matters ranging from "he slept with my mama in my bed and caused emotional distress" to "hey, by the way, I stole your hooptie and I'm not paying you back."

So, basically, we might be in for an even more dramatic Judge Judy. Though, where that show's judge is not afraid to holler at unruly plaintiffs, we can't help but wonder what Springer's approach will be should he encounter similar insanity. (Which he will). At least he seems in on the joke, all things considered.

"For the first time in my life, I am going to be called honorable," Springer said in a statement. "My career is coming full circle and I finally get to put my law degree to use after all these years."

Is it bad that — even though Judge Jerry will be about restoring some kind of "law and order," as it were — I still want that boxing-ring bell to make an appearance on this show? It might be "bad," but another distinctly American quality is that we all love a good old-fashioned train wreck.