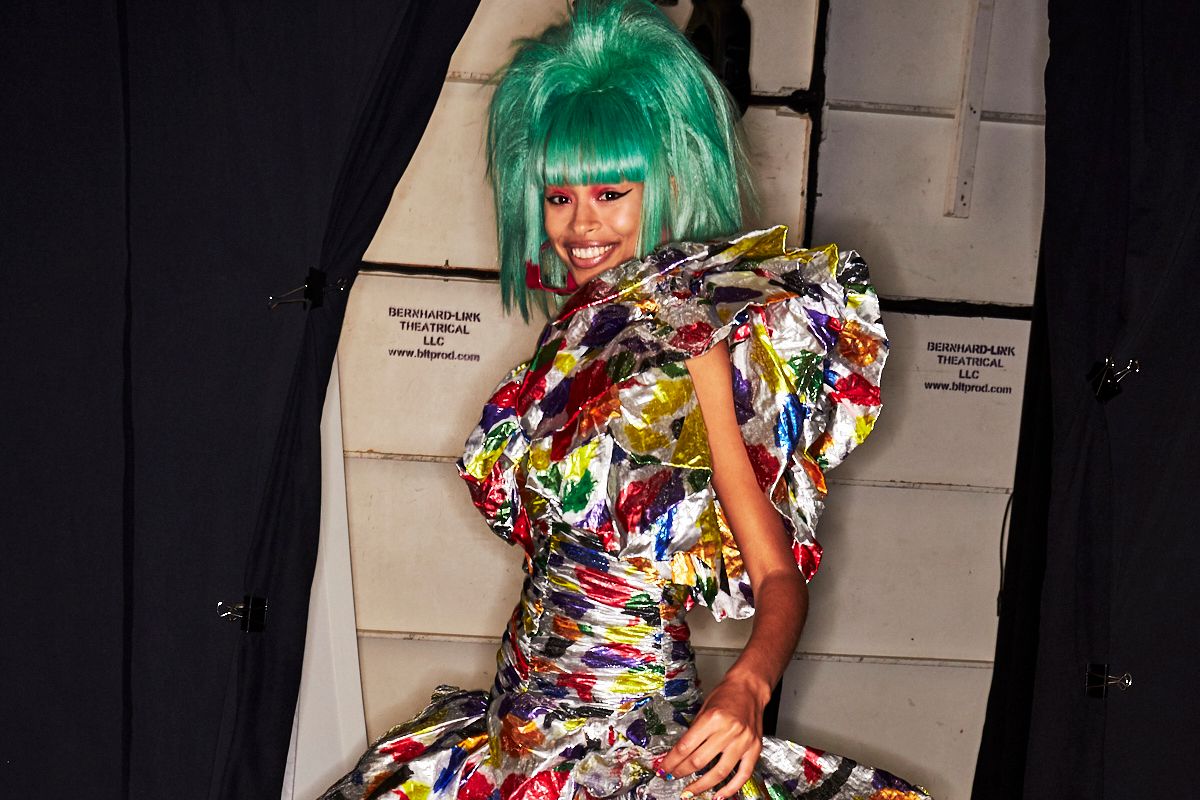 Jeremy Scott's show always attract a slew of music and fashion types, many of whom are close friends with the charismatic designer. Kehlani, Quavo, Saweetie, Offset, and G-Eazy were among the artists in the front row, with Gigi Hadid, Irina Shayk, and Coco Rocha also lending their support. As for the show, which was held at Spring Studios, Scott unleashed a dynamic lineup of '80s glam sci-fi girls in brightly colored teased wigs and over-the-knee boots. The escapist mood of the collection was heightened by the space age feel of the clothes, with plenty of shimmer and acid hues that have become a Scott signature. Here's everything else you need to know about the collection.

Acid washed denim pieces were decorated with colorful amoeba-like patches, heightening the space-glam theme even further. This was seen in jean jackets, skirts, coats, and pants, as well as accessories like bucket bags and mini backpacks.

Some pieces came adorned with squiggly, tube-like piping that enveloped around the body. The slithering tubes conjured a futuristic, extra terrestrial vibe, while Western elements like fringe and cowboy boots were also scattered throughout.

A trio of looks were rendered in iridescent leathers with metallic finishes, including a monochromatic ensemble of an orange biker jacket and pants, a violet minidress with ruffles, and green bustier top with matching miniskirt.

The kitschy memories of '80s excess felt the loudest in the flouncy prom dresses with tulle, giant ruffles and big shoulders. Neon animal prints and bright sequins added to the garish, rock-chick vibes of the clothes.