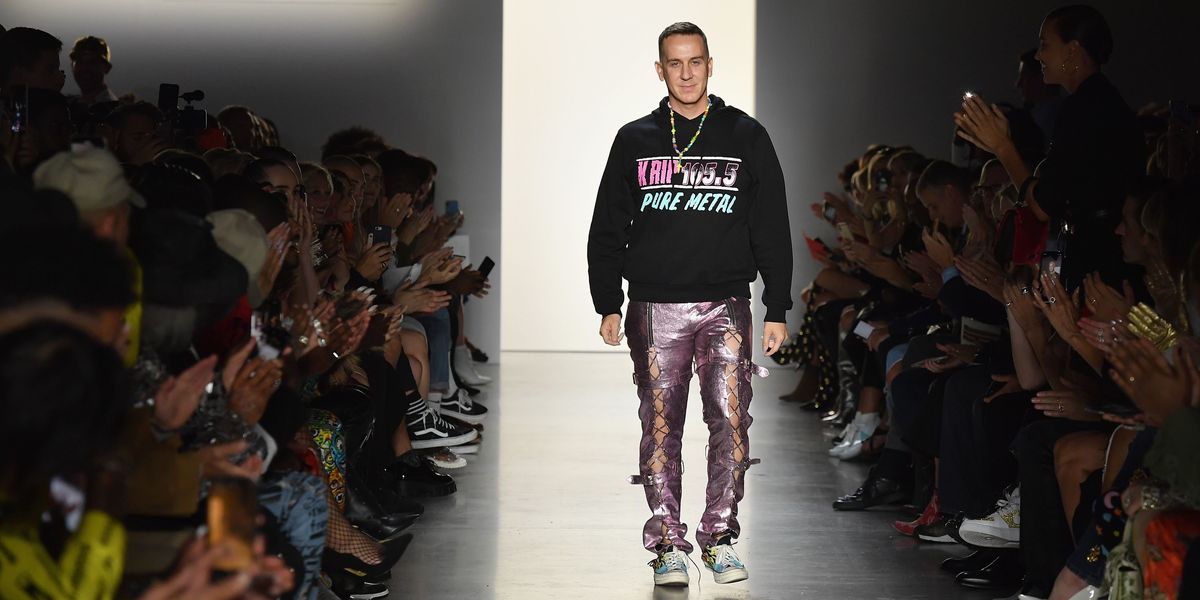 The NYFW schedule just lost another one of its notable attractions. On Monday, designer Jeremy Scott announced that he will not show his Fall 2020 collection in New York this season, joining a list of other marquee names like Tom Ford, Tommy Hilfiger, Telfar and Pyer Moss who are absent from the calendar. (Ralph Lauren has yet to confirm his plans.)

In a statement from the company, per WWD, his team said that Scott is moving his show to Paris and will present his next collection during the city's couture schedule in July. "In a move to pay homage to the city that launched his design career, Jeremy Scott will show his upcoming collection in Paris in July," it said. (He famously moved to Paris at only 20 where launched his brand there after struggling to find a job in fashion and having to sleep on the metro.)

Jeremy Scott at his Pre-Fall 2020 show for Moschino in Brooklyn in December.

Scott was originally slated to show at 8 PM on the first day of NYFW. His departure leaves Monse, Rag & Bone and womenswear brand Priscavera as the remaining acts that evening, according to the official CFDA schedule. Meanwhile, Tom Ford will present his collection in LA the same night, a decision he explained a few weeks ago as one that aligns with his brand and Hollywood ties. (The Oscars overlap with NYFW this season.)

While the brand did not elaborate as to whether the decision to show in Paris is a one-off thing or something more permanent, the move calls to mind the exodus of New York-based designers who migrated to Paris in 2017 including Thom Browne, Proenza Schouler, Altuzarra and Rodarte. (Proenza and Rodarte have since moved back to showing in the US.)

Naturally, the news of Scott's departure left some users on Twitter voicing their concerns over the state of NYFW, raising questions over its relevancy, decline and lack of big names. (This conversation has been ongoing for several years, however.) That said, CFDA president and CEO Steven Kolb doesn't seem fazed by the news, tweeting that there are still 70 shows over five days including famous names and new talent alike.