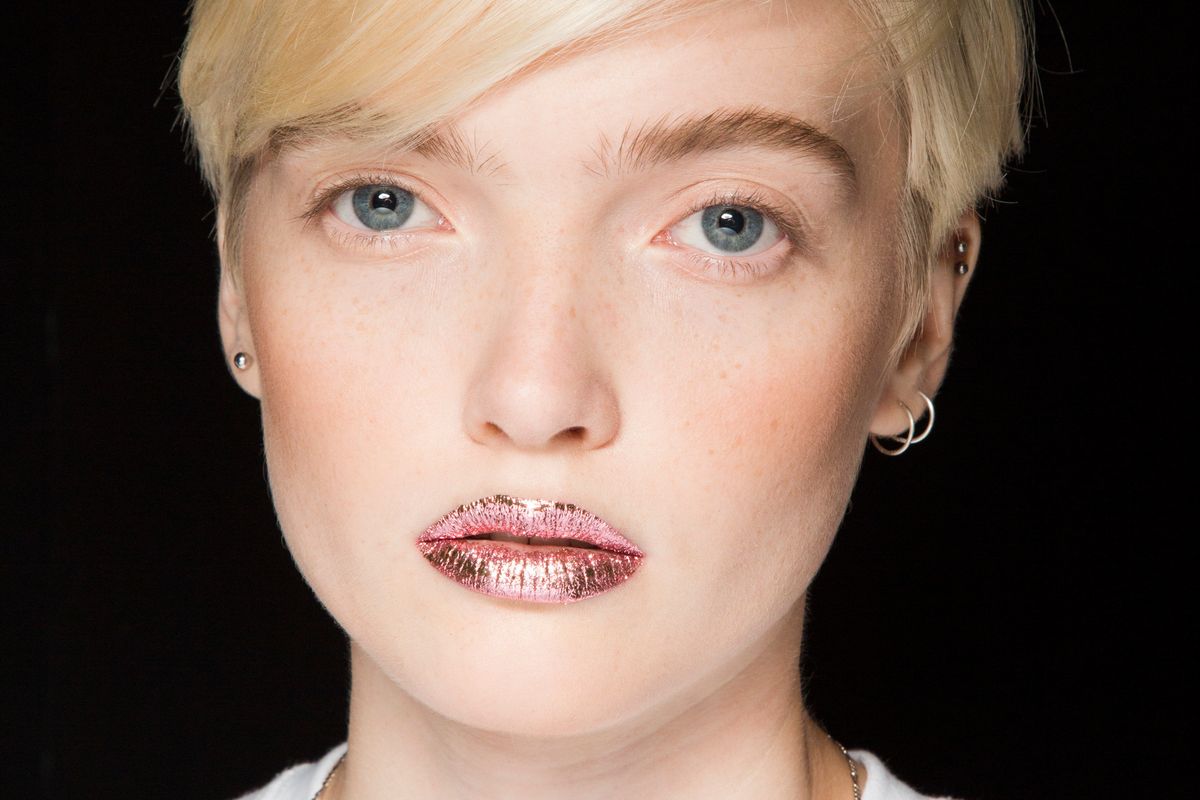 Jeremy Scott is famous for his head-turning fashion and beauty looks that fill both his namesake collection as well as Moschino each season. Debuting his Spring 2019 collection on day one of New York Fashion Week, he pulled out another eye-catching beauty look that — dare we say — is actually quite wearable.

Past seasons boasted neon wigs, rainbow eyes, and more, but lips were the stars of Scott's show this time around. With a '90s-rave-meets-'70s-disco vibe, nearly every model walked down the runway wearing metallic lips detailed with gold foil. Ahead of the show, Scott shared a series of throwback Polaroids of himself in 1996, citing the experimental makeup and gender-bending looks he wore as this season's inspiration.

The metallic lips were the genius of makeup artist Kabuki, who has worked with the designer for the past few shows. He's also responsible for everything from Moschino's brightly colored skin tones to the subtle neon graphic patterns on each Jeremy Scott model's eyes during Fall 2018. In an interview with Vogue, Kabuki explained, "There's something about that high-glam effect of the foil lip that reminds me of my own untamed youth," as he created the look with thin pieces of metallic foil adhered to each lip with Ardell Duo Lash Glue, adding a final touch of metallic sheen with MAC's 3D Glitter.

With metallic lips created of flesh-based tones, pinks, and slightly gold-toned reds, there's something undeniable about the beauty trend. Statement-making it might be, but Jeremy Scott might just have debuted a beauty trend among his collection of neon graphic-printed clothing that we're about to see on every girl out there for the next few months.