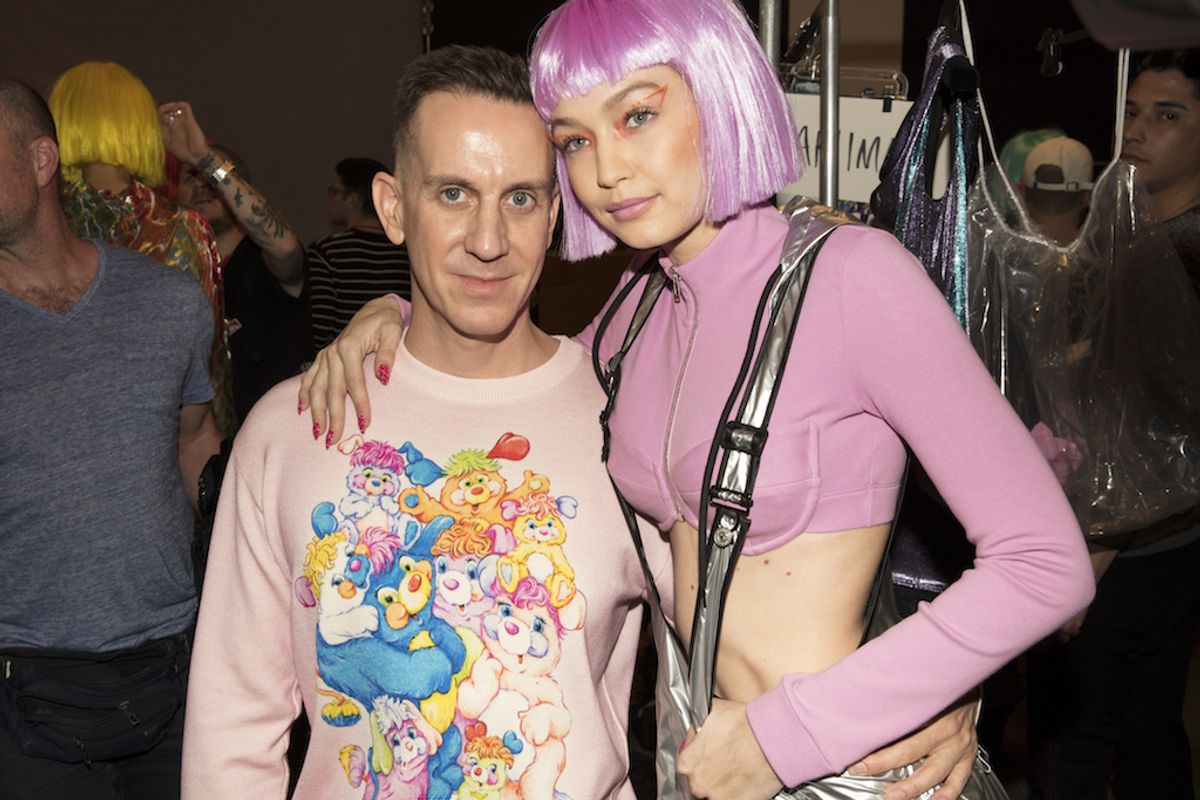 Jeremy Scott on Why Gigi Hadid Is an 'OG Jeremy Girl'

"Like a fine wine, I just get better with age." That's what designer Jeremy Scott tells me when I ask if after 20 years it gets harder to come up with a wild theme for his legendary, over-the-top fun fashion shows.

The brain drain is increased since 2011 when he became Creative Director at Moschino. He just showed his Fall '18 men's show in Milan, featuring a sexy bondage theme and devil-horned Violet Chachki. In NYC this week, Scott was feeling neon colors, cartoons and muppet-style faux fur. Are there any cartoon characters or dream collabs he hasn't yet gotten to do? "Yes," Scott says, "but my lips are sealed."

The front row at his eponymous NYFW show was just as colorful as the looks on the runway. PAPER Beautiful Person Cardi B rubbed elbows with a small doll-like child about 3 years of age. Jasmine Sanders, Jodie Harsh, Steve Aoki and a parade of colorful cuties were also in attendance.

Supermodel Gigi Hadid opened and closed the show. Jeremy reminds us, "As you know, Gigi's catwalk debut was my show four years ago. She's an OG Jeremy girl! She's a great model; she's able to convey different moods in my collections, and has become the muse of the season while still being distinctly Gigi. That's the quality of a true star! And I just love her doll-like face."