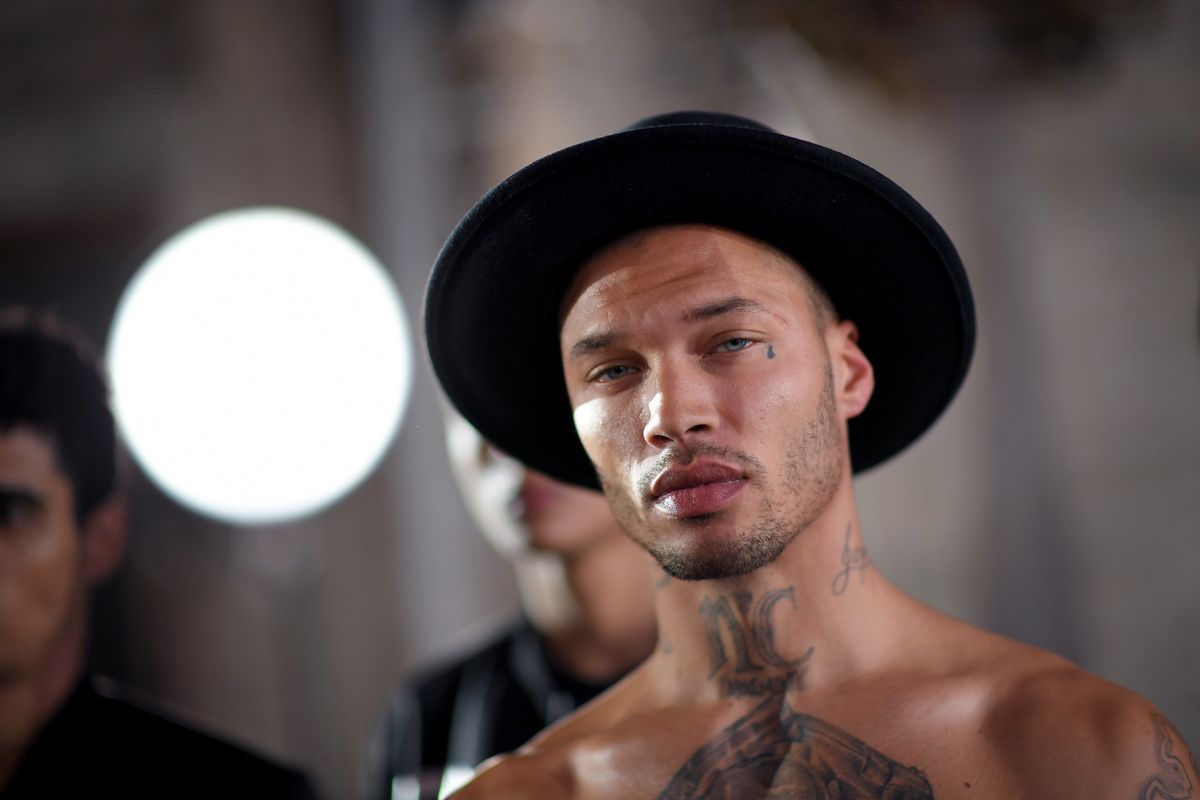 Hot Felon Jeremy Meeks Is The Father of a Topshop Baby

Remember those early-aughts dramatic paternity test episodes of Maury where some guest would appear for the 48th time to test the 300th man (stats that were probably, scratch that, most definitely made up to slut-shame the female guest seeking said test results)? It was always the same script. Maury Povich would sit there calm and collected, and pull test results from a manila envelope saying "you are/are not the father" to some unfortunately bum-ass dude, and the questioning mother would run backstage amid audience boos and jeers and collapse into a puddle of reality-show shame and tears. Isn't America wonderful?

I think it's fair to say that this nonsense was all scripted, which makes it art? Well, as the saying goes life imitates art, and now that you're with us, here is a real life-Maury story that couldn't be made up if we tried. You're probably well familiar with it by now:

In 2014, Jeremy Meeks was serving time for possessing a firearm, grand theft, and not to mention his gang afffilation with the Crips, when the then-30-year-old thirst trap's mugshot was posted to the Stockton Police Department's Facebook page and, promptly went viral, hence the nickname Hot Felon, because we all have eyes and can identify and confirm objectively the hotness of the subject in question. Aware of his own beauty and ability to leave mouths everywhere salivating, Meeks began a modeling career upon his release in 2016, after signing with Hollywood talent agents and a fashion agency called White Cross Management. He made his New York Fashion Week debut for the last spring's shows, and was called a "buff bad boy" by Vogue.

Somewhere in the middle of all this, Meeks met Topshop billionaire heiress Chloe Green, and they began dating. Meanwhile, his actual wife was giving teary interviews about how he'd left her and his first child behind to chase Green (literally) and fashion dreams. The Meekses officially split in October. Part of me doesn't knock Meeks' hustle, and part of me seriously wants to launch that Men Ain't Shit fashion line of hazmat suits I spoke of recently.

Anyway, Green is pregnant with her first child (Meeks' second). And that's the news. Yay to them! This entire Days Of Our Lives-esque saga be amazing tabloid fodder if it weren't true... oh wait.