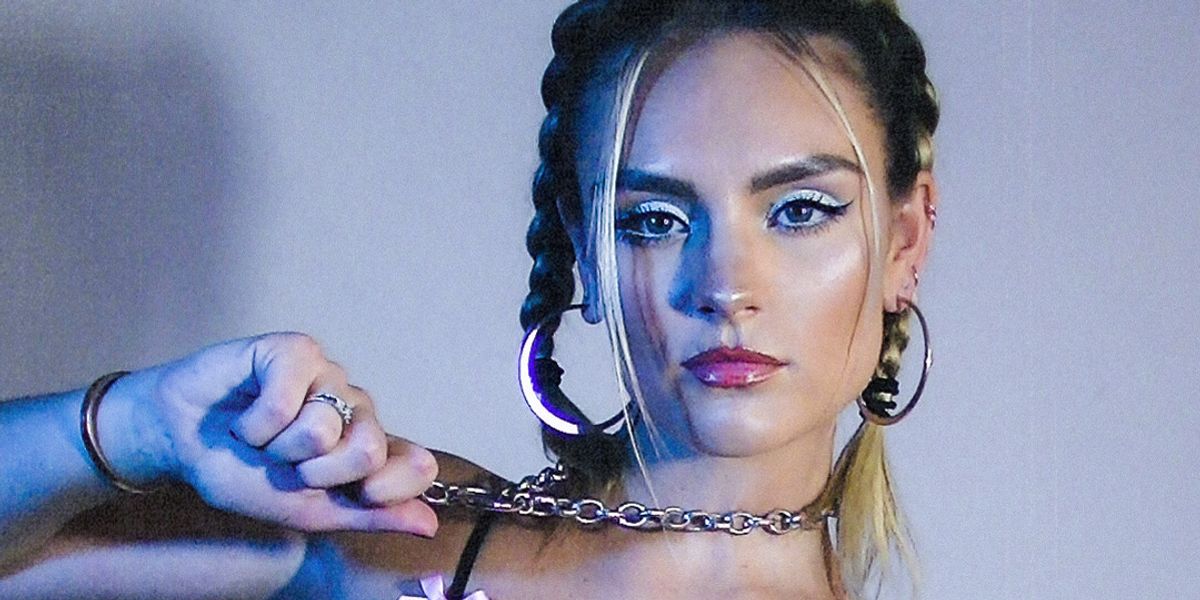 "Don't stop, baby, I am all in," sings rising pop star Jenny March, whose new single "was written about meeting someone and the instantaneous connection that forms between you." She adds that "it feels as though they understand you in a way that no one has before," underlining her track's lyrics about fresh, blind infatuation.

The second release off her forthcoming EP, due out 2021, "All In" follows its lead, "November Nights," and offers up a new '90s-inspired lyric video that pays homage to the decade's top music and style icons. March performs for a fisheye lens in pigtails and giant hoops, flirting for the camera inside an empty hallway.

"There is a power that comes with having a partner who you know is your ride or die through thick and thin because regardless of the obstacle, you know you will overcome it because you have each other," March continues. "It's a beautiful thing to experience."

With "All In," specifically, March says she "wanted people to feel something right away, before the main vocals even come in, to show that instantaneous connection. I imagine this being the first song I perform live at shows because of how enticing the intro is and then when the drop comes, it becomes a big celebration."

Watch the PAPER premiere of Jenny March's "All In" lyric video and learn more about the rising musician, below.

On what to expect from her forthcoming 2021 EP:

This is my debut EP, so I've really been able to hone my style. The EP has a modern flare that manifests from a lot of guitar influence that I found myself really drawn to while figuring out the kind of music I wanted to share with the world. There is a lot of female badass energy throughout this EP about being true to who you are and not caring too much about what people think of you. I had a long journey with caring too much about what people thought of me and through my music, this EP has allowed me to shed that and let go.

On her creative process:

Most of the songs on this EP were created with Alex "Knox" Harris, a writer and producer that I've worked with over the past four years. Together, we have really found the world I want to live in within pop music. Obviously, because of quarantine, creating the EP has been a different process than expected, but I know that will make it so much more rewarding in the end. They're not ready.

On her '90s inspirations:

I drew a lot of inspiration from Missy Elliott, Aaliyah, and Gwen Stefani for "All In's" visuals. Growing up in the '90s, I absolutely loved their fashion and, more specifically, the use of fish eye which you see in the lyric video. I've been dancing for most of my life and I'm super pumped to bring that into the official music video for "All In," which will be released in the coming weeks.

While creating this EP, I found how to keep my music on trend while still making it original and authentic to me. As an independent artist, I've had full creative control on all of my projects to date and I feel that I've benefited from that as I've had the freedom to experiment artistically and learn things about who I am and what I want to say through the process. I'm really excited to see the reactions to the EP. This has been a challenging year for us all and once it's safe, I can't wait to perform these songs and see everyone's beautiful faces.