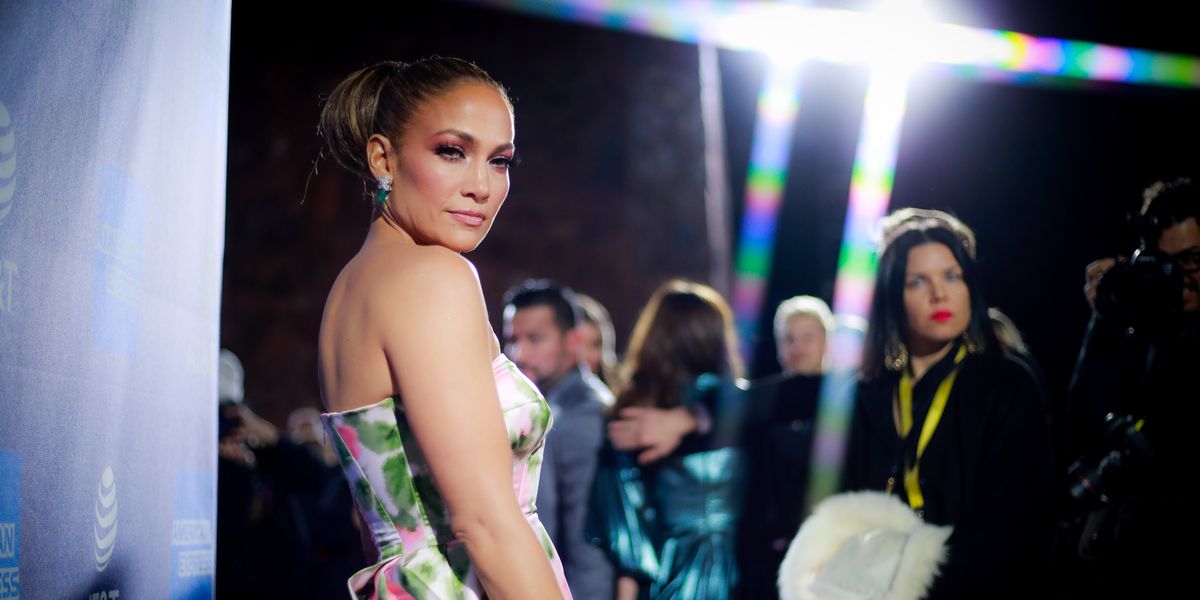 Jennifer Lopez's Red Carpet Look Is Fit for a Queen

Yes, it's barely a new year and awards season is already in full swing. But leave it to J. Lo to make the first fashion statement of 2020, kicking things off in a look by British (and Queen Elizabeth-approved) designer Richard Quinn. The dress looks like something straight out of a debutante ball, complete with a tea-length skirt and dramatic train.

The singer-slash-actress sported the look at the Palm Springs Film Festival, the first of many red carpet appearances this season for her box office hit film Hustlers. (She's nominated for Best Supporting Actress by the Golden Globes, which takes place this Sunday.)

The dress is from Quinn's Spring 2020 collection, which centered on classic ladylike silhouettes in feminine prints and floral patterns. Quinn took to Instagram to post some portrait shots of J. Lo pre-arrival, who finished off the look with matching accessories and her hair pulled back in a sleek 1950s updo.

So far, the only other starlet to be seen in a piece from this collection on the red carpet is Kendall Jenner, who memorably wore an hourglass dress with large rose prints, a latex bodice and sleeves at the Emmys last fall, just days after his show was held in London.