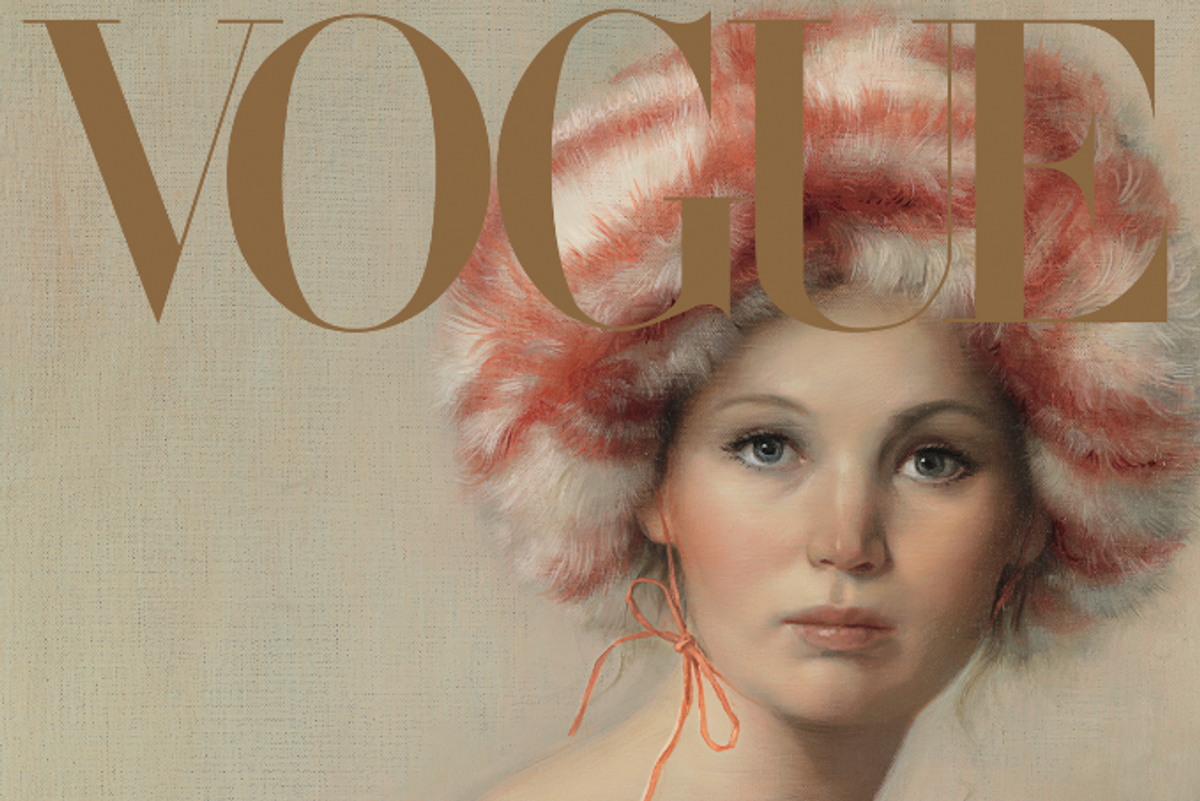 Jennifer Lawrence is Vogue's 'It' girl for the only month of the year (September), appearing on four very beautiful, very unrelatable covers to accompany a profile that is once again hinged her incomparable relatability.

The piece coincides with the release of Lawrence's new psychology-thriller Mother!, directed by her now-boyfriend Darren Aronofsky, which appears to be a very, very dark film. Vogue asks JLaw to recount how exactly how she made it through shooting, and she says she credits reality television — specifically, the Kardashians — for getting her through.

"I had to go to a darker place than I've ever been in my life..." The actress says of the experience, "I didn't know if I'd be able to come out OK...I ended up getting on oxygen. I have oxygen tubes in my nostrils, and Darren's like, 'It was out of focus; we've got to do it again.' And I was just like, 'Go fuck yourself.'"

Apparently the crew set up a safe-space for Lawrence, affectionately nicknamed the "Kardashian tent," in which she could "decompress" by watching reality show after reality show.

Aronofsky, reportedly, is the only one among us who can't relate.

"I wasn't involved in that," he told Vogue. "I was like, 'What are you talking about, 'the Kardashians?'

"He just finds it so vastly disappointing," Jennifer Lawrence says.

The publication also had JLaw address her token "regular"ness, famously parodied by Ariana on SNL, which Lawrence described as "spot-fucking-on."

But you are Jen! You're so regular!

Look at her stunning covers below (including a John Currin-painted portrait of the star — scream!) and head over to Vogue to read the full profile.