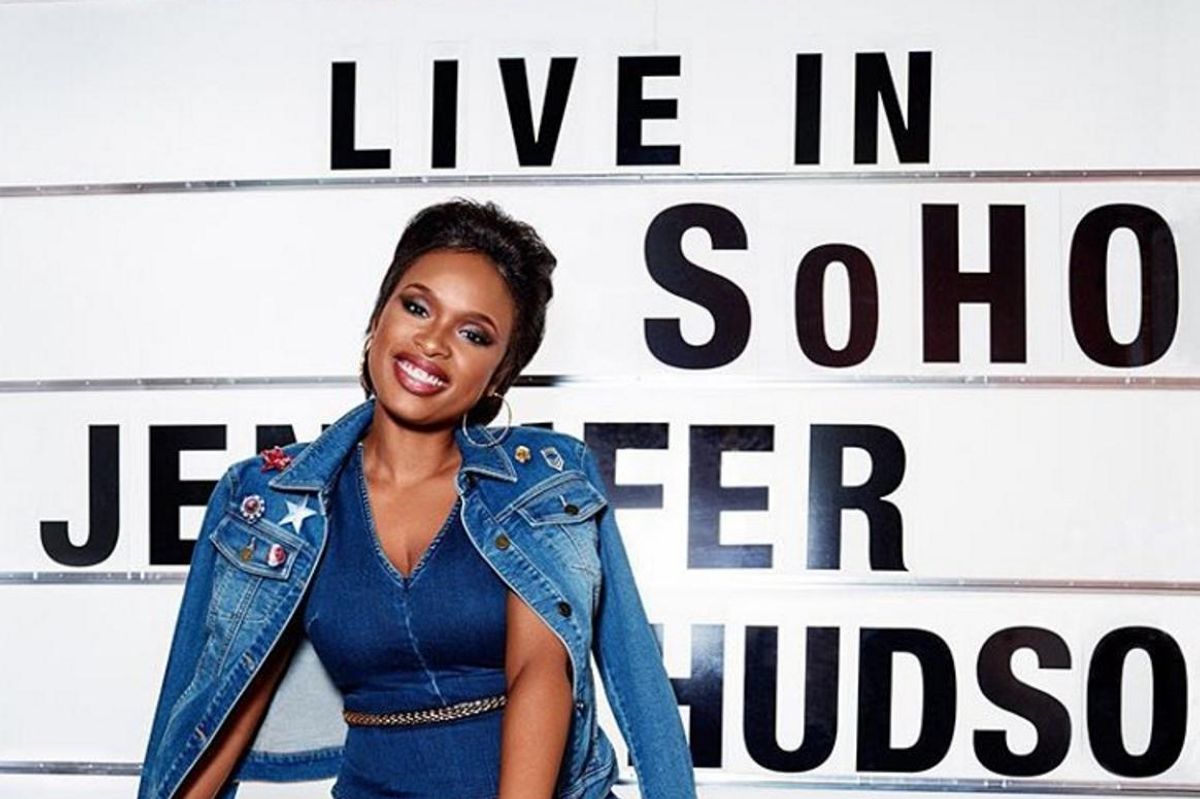 Sandy Wexler is centered around a talent manager from the '90s played by Sandler, 49, who falls for Hudson's character, a singer. It's the third installment in a deal that Sandler has with Netflix. In the film, Hudson, 34, won't be playing a supportive friend or sassy colleague, which, at this point, is still pretty much the scope of roles available to black actresses of her caliber. Instead, she'll be playing Sandler's love interest.

YASSSSSS @ the fact that a black woman will be playing Sandler's boo in an upcoming feature-length film. Not just any black woman, either: JENNIFER. MOTHERFUCKING. HUDSON.

While Hudson and Sandler playing opposite each other may not seem like a remarkable feat, the last time Sandler had an on-screen romance with a woman who isn't white was in 2004's Spanglish. Her character? His Mexican housekeeper.

Last year, several Navajo actors reportedly walked off the set of another Sandler Netflix movie -- a Western comedy called the Ridiculous Six -- that featured Native American characters with names like "No Bra" and "Beaver's Breath."

Despite the necessary dose of diversity Sandler's film will be serving up, the age and beauty disparity between Hudson and Sandler still plays into the tried-and-true eye-rolling trope of "schlub-dude-with-hot-wife."